Happy Saint Paddy’s Day Baltimore. We hope you’re having a ton of fun out there today with your crummy boiled food and tacky plastic shamrocks. We fully expect to wake up tomorrow to gutters overflowing with green puke.

We’ve already gone on record with our opinion that drinking holidays are strictly amateur night, and as much as we love booze (which is a lot), you won’t find us at any of these places, or these places either.

But if you’re heading out tonight, do us all a favor; when you find yourself next to that jukebox give us all a break from the God-awful Dropkick Murphy’s and the ever-insufferable U2, and pick a track that follows the Chop’s 3 rules. Here are ten excellent examples… (links go to YouTube so you can hear the songs on the list, making this post a virtual jukebox in its own right.) 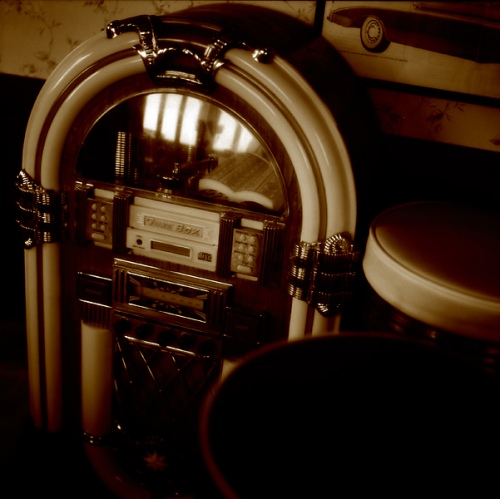 We're not a big fan of the Cranberries, either.

>>> Morrissey: Suedehead Yeah. We all love the Smiths and all, but heaven knows I’m miserable listening to the same singles every weekend. Plus, this song is great for when your ex turns up at the bar hanging all over somebody new and glaring at you icily.

>>> The Breeders: Divine Hammer To a man listening to this song, everything in the bar looks like a nail. Awesome!

>>> Afghan Whigs: Gentleman If Greg Dulli were here, he’d probably lay your girlfriend in the bathroom stall and piss on your car tires. Or the Chop might do it… either way.

>>> Weezer: The Good Life See also: Why Bother? and Tired of Sex.

>>> The Gaslight Anthem: I Coulda Been a Contender If you’re not yet in love with the Gaslight Anthem, then get thee to the record store! There’s no better band for feeling like you’re Marlon Brando circa 1954. If you want to live in a movie, this is your soundtrack.

>>> The Clash: Stay Free Sharif don’t like the Casbah. London called, and they’re tired of the same old song. And Rudie did fail. Stay Free relates the entire bittersweet experience of being British in the 20th century in two short minutes. No one else (except maybe Mike Ness) could so deftly mix equal parts nostalgia and old-school cool.

>>> Sleater-Kinney: You’re No Rock N’ Roll Fun Playing this song is pretty much like throwing down a challenge to everyone in the bar to be more fun. You can’t do much better than that.

>>> The Replacements: Bastards of Young Got a chip on your shoulder? Of course you do, you’re drunk before dinner. Good job. Beats pickin’ cotton.

>>> Sonic Youth: Kool Thing If you’ve followed the Chop’s advice and rocked all of the songs on this list, you might be fractionally as bad-ass as Kim Gordon for a small moment of your finest hour.