Here we are again on a Sunday, Baltimore. Nowhere to go (unless you want to go to this), fuck-all to do, and a hangover to cure. We figure Sunday is a good time to wax philosohphical, at least until there’s Sunday O’s games or softball to play.

What we’re on about today is something that has unfortunately been pertinent lately, to wit: There’s only one right way to cancel a date. 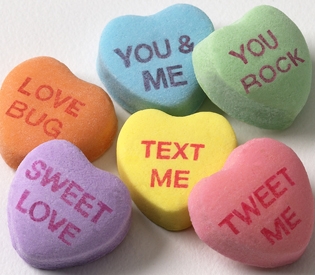 On second thought, be an adult and pick up the phone.

Let’s get this on the record, Baltimore. It’s a question of basic etiquette, and applies across the board to men and women, boys and girls. Things happen, plans change, stuff comes up and we all need to take a rain check once in a while, but there is a right way and a wrong way to do it. Do it right, and it speaks well of you. Do it wrong, and you can expect the phone not to ring again. Here’s the right way to cancel a date…

This is how the Chop does it:

>>> 24 hours notice is required. Anything less than 24 hours could even be considered a stand-up. If someone’s agreed to go out with you, its safe to assume that they’re looking forward to it. Dropping plans on such short notice is not only disappointing, but adds the sudden problem of having little to do that night. Even if alternate plans are easy to come by, it really sucks to have to call up your friends and say “count me in, I just got stood up.” It’s also entirely possible that you are not the only person he/she could have asked out that night. Think about that.

>>> A phone call is the preferred communication method. There’s no getting around this one. Its just good manners. On the one hand, its still the only way to be sure that your date actually knows you’re canceling. An email, text, etc may not be read immediately, and even if a date was arranged by email, a phone call is still the only good form to cancel. On the other hand, it’s true that sometimes text/email is a lot easier and less awkward, but you know what? some things in life are hard and uncomfortable. Dating is often one of them. Grown-ups pick up the phone.

>>> You actually need to have a reason. It’s perfectly understandable that some things will rate higher on a priority list than dinner and a movie. Your dad having a heart attack or your boss making you work a Saturday night or the basement of your house suddenly flooding are all perfectly legitimate reasons to cancel a date; however, “I’m real tired from work” or “My sinuses kinda hurt” aren’t. If your excuse is lame, its a pretty good indication that you don’t actually want to go out in the first place.

>>> It’s down to you to suggest alternate plans. If you can’t get to the movies on Friday, suggest the same movie Sunday instead. Can’t do happy hour Thursday? Lunch on Saturday is appropriate. If you’re punching a hole in someone else’s calendar, it’s only right that you should then work around their calendar to re-schedule, not the other way around.

>>> Bonus points: Offer to pay. Without re-opening the age-old argument about who should pay for a date in the 21st century, it is a nice gesture to offer to get the tab next time out. It shows that you’re serious about wanting to go out again, and actually regret missing a date.

That’s it. That’s all there is to it. Following those simple steps will keep your dance card full and your phone ringing. Neglecting any of them is tantamount to saying “I’m a big flake who can’t be counted on for anything, and probably isn’t worth your time and trouble.” Which are you, Baltimore?