What did you think Baltimore? That just because we’re an old man now we’re going to sit out on our stoop and whittle? Not so. Nope, we’re heading right back downtown tonight for a show we wouldn’t miss, and suggest you don’t either.

Of course we’re talking about our fellow oldsters, Baltimore’s own Sick Sick Birds at the Sidebar. 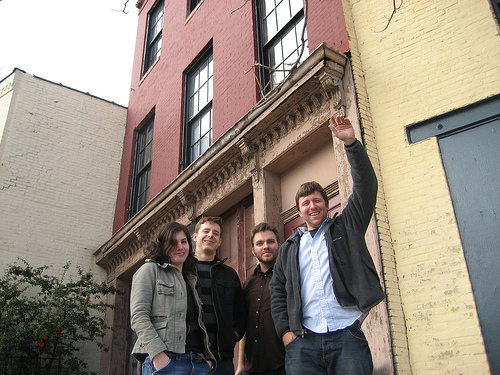 SSB is easily one of the best bands Baltimore has produced, but they’d almost have to be with their kind of pedigree. A read of their resume is like a look back through the annals of Mobtown punk. Members have been in old favorites Blank, the Pee Tanks, the Thumbs, High School Hellcats and more. In their current incarnation they’ve been somewhat reclusive, although over the past year they’ve been playing out in town semi-regularly. Our advice: see them as often as you possibly can.

They’re not the only thing worth coming out for tonight though. Before we left for Europe, we had a chance to see the Fun Brigade, who definitely lived up to their name with a set full of Operation Ivy covers. So much music has been created since the OPIV era, but none of it has been as much fun to sing along to. Tonight FB is doing a punk-rock jukebox set ca. ’77-85. They’re joined by Tunnelbike! who’ll be spreading the word of Bibleman, and North Carolina’s Quarantines.

But what do you do before the game? Pregame, of course. The Charm City Art Space had the clever idea to throw a party that’s not quite a dance party, not quite a listening party, but not quite boring either. Billed as a ‘box social for punx’, we see it as a good chance to check out the Space’s new building (right next door to the old one) which opened while we were gone.

Of course being the Art Space, the event is Dry, so we might just sneak off to Midtown Yacht Club to pregame instead.