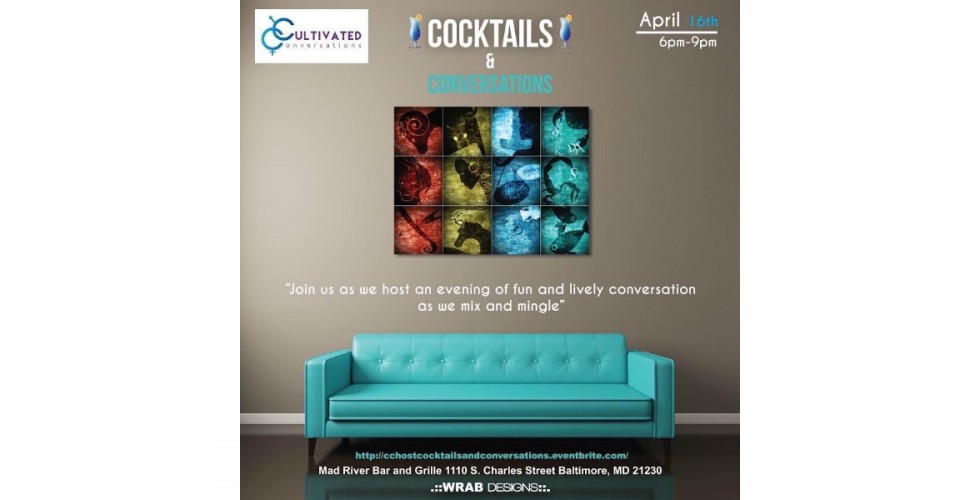 Is conversation a dying art? Yeah, probably. We have conversations all the time- but very few of them are really very interesting or informative, memorable, productive, etc.

The Internet and social media have increased the potential for new conversation exponentially. But that’s a double-edged sword. It doesn’t take long for many online conversations of substance to turn quickly into debates, with one or more parties needing to feel that they are ‘right’ or have ‘won.’ With the topics about which this blog has been writing lately, we’ve seen our fair share of it.

Face to face conversations, the good ones, can be equally hard to come by. Sure, you can talk to your close friends, but they’re your close friends. You’re only going to learn so much from someone inside your same orbit. Then too in polite company there’s still the old ‘Don’t bring up Politics or Religion’ rule which still holds true in 2015. While politically charged topics usually make for the best conversations, there are all sorts of social and interpersonal dynamics at work whenever large groups get together to socialize. The potential for boorishness is high, and it’s usually better to stick to sports.

But what if you could skip the small talk? You know, the part about the weather and where you went to college and all of that. If you found a group of folks willing to show up and offer a political opinion right out of the gate you just might learn something new, see something from a different perspective, or even make a few new friends.

That’s the idea behind Baltimore’s Cultivated Conversations, which takes place tonight from 6:00-9:00 at Mad River in Federal Hill.

Cultivated Convos began as a small group of friends chatting in a hotel suite, and has slowly and steadily been growing ever since taking to larger venues each year much the same way Baltimore’s Ignite talks did. Tonight they’ve planned for a full happy hour. Admission is free, and $20 at the door gets you an open bar with beer and wine. Add $5 more and you can enjoy mixed drinks as well.

To be honest we haven’t got a very good idea of what, exactly, to expect from this event and for us that’s part of the appeal. With technology being as omnipresent as it is, people now expect to be able to manage every aspect of their experience, or have it managed for them. In a world where every party guest can sort through RSVP’s on Facebook, arrive by Uber and spend half the night Instagramming- the idea of being thrown into a room to talk to strangers holds a lot of appeal. We hope Cultivated Conversations is successful tomorrow night and continues to grow in the future. We hope to see you there.