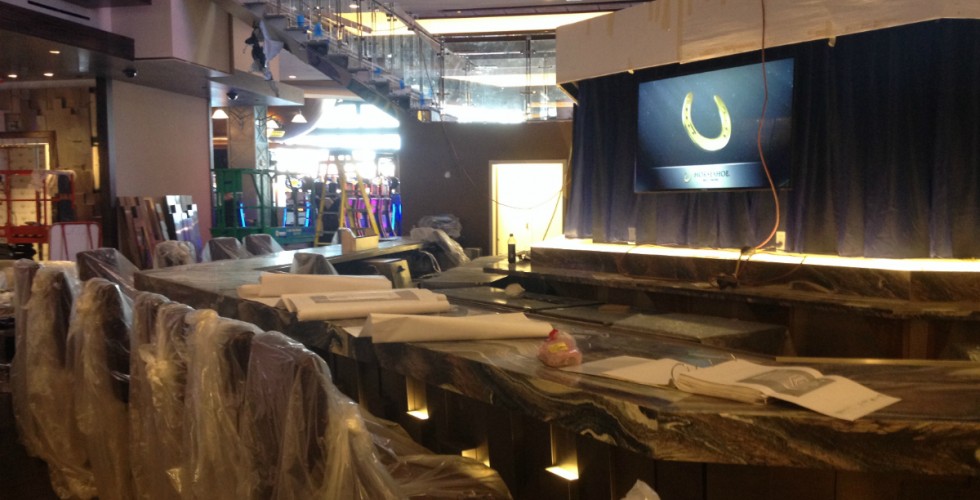 Baltimore has always been a pretty solid drinking town. From the first German brewers who settled here in the early 1800′s to the flourishing craft beer scene we enjoy today- from the corner Bars of East Baltimore to the boozy brunch scene of Hampden, we’re as thirsty as any town you’d care to name. That said, we’re still a long way from entering the pantheon of truly great drinking cities like New Orleans or New York. We haven’t got geaux cups or any true rooftop bars to speak of. Happy hour has been eroding steadily and of course there’s our relatively early last call which can be heard as early as forty minutes to two in some places.

Until now, the only true after hours options in Baltimore have been to seek out an all night diner or grab a six pack to take home when the house lights go up. With the opening of the Horseshoe casino this month Baltimore finally, finally has a place to turn to after the bars close and to order a drink at any time of the day or night just as God intended.

The Chop took part in a media preview of the casino on Friday, and we were most impressed by the facility’s signature bar 14Forty, which is named for the number of minutes in a day and will remain open twenty four hours a day every day. It’s bigger than most standalone bars and features an elevated stage for live music, as well as a DJ booth and several large flatscreens behind the bar, which we were told would often be tuned to various sporting events. Plush couches and chairs make it an outstanding spot for lounging, and it’s one of the very few areas in the sprawling casino where one can relax without a slot machine position directly in front of your nose. There’s also free wi-fi available throughout the building, which is a nice touch.

We were opposed to slots in Maryland from the time of Bob Ehrlich. We were opposed to table games. We were opposed to building a casino right in the middle of downtown. And we’re still no great fan of gambling and plan to keep our cash far away from the slots and tables. However we’ve got to tip our cap to Caesar’s. If we’ve got to have a casino downtown, this is a pretty good one. In addition to the central 14Forty bar, there are several other attractions that will make great additions to Baltimore’s drinking scene.

While we’re part of the small minority that wishes they’d made room for a traditional Vegas-style all you can eat buffet, Mexican themed Johnny Sanchez looks pretty legit and features an impressively large second floor balcony which is on the quieter Bayard Street side and will be an excellent option for outdoor dining. The Baltimore Marketplace area is also of particular interest, featuring a build-your-own-pizza concept as well as a Heavy Seas location, alongside a standalone bar which will feature more than 30 craft beers on tap. The Twisted Yard will feature Louisiana style pre-mixed frozen drinks in 36″ glasses and while that’s not exactly our cup of tea it’s something that isn’t really found elsewhere in town and that touristy women seem to love.

Finally, the outdoor plaza on the Bayard street side is one of those things like Harborplace and Camden Yards that eventually we’ll all wonder how we got along without it. Upon opening it will instantly become the city’s premiere tailgate party venue on Sundays, as well as being an outstanding place to visit before and after O’s games. The casino also plans to use the space for special events and live entertainment.

Finally, we’re pleased to report what came as a particular surprise to us- the ‘Shoe’s massive garage plans to offer free parking 24 hours a day every day except during Ravens home games. No gates, no tickets, no threat of towing… just free downtown parking which is as good as gold if you don’t mind walking a bit or hopping on the light rail to get back to downtown proper.

The big draw will always be the gambling, of course, but all in all we were quite pleased with the food and beverage options. It will be great to have a place to go for 3 am tequila shots and 5 am Bloody Marys, and we think the place as a whole will fit nicely and be a useful addition to downtown, even for a non-gambler such as we are. 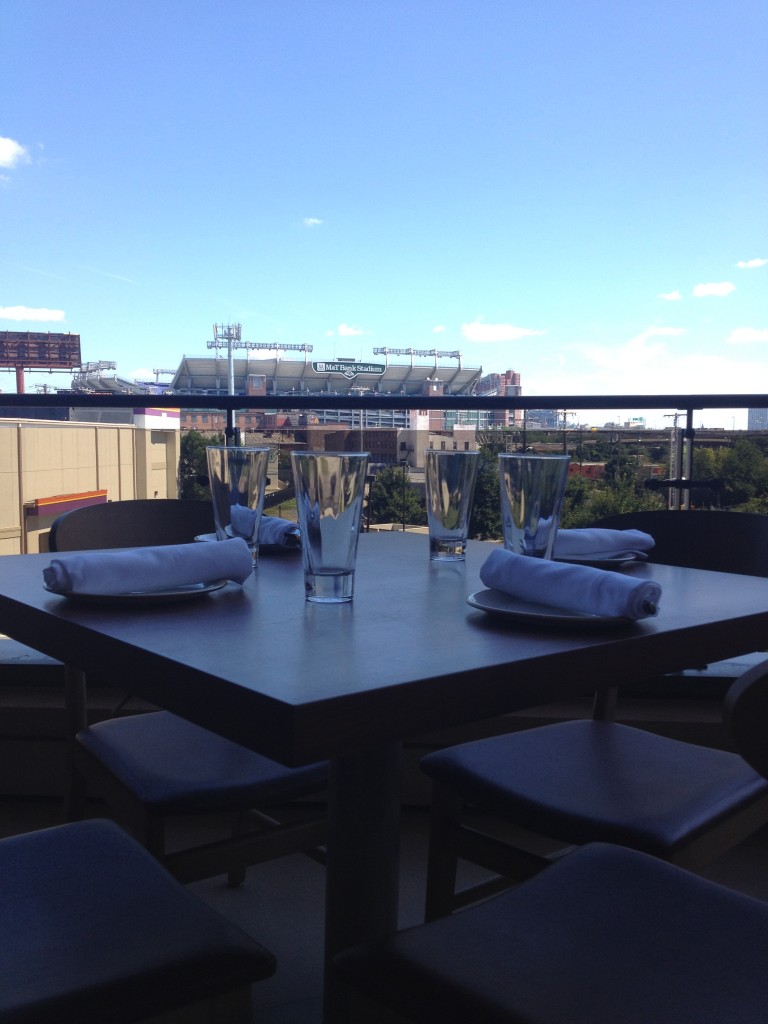 The outdoor dining at Johnny Sanchez. 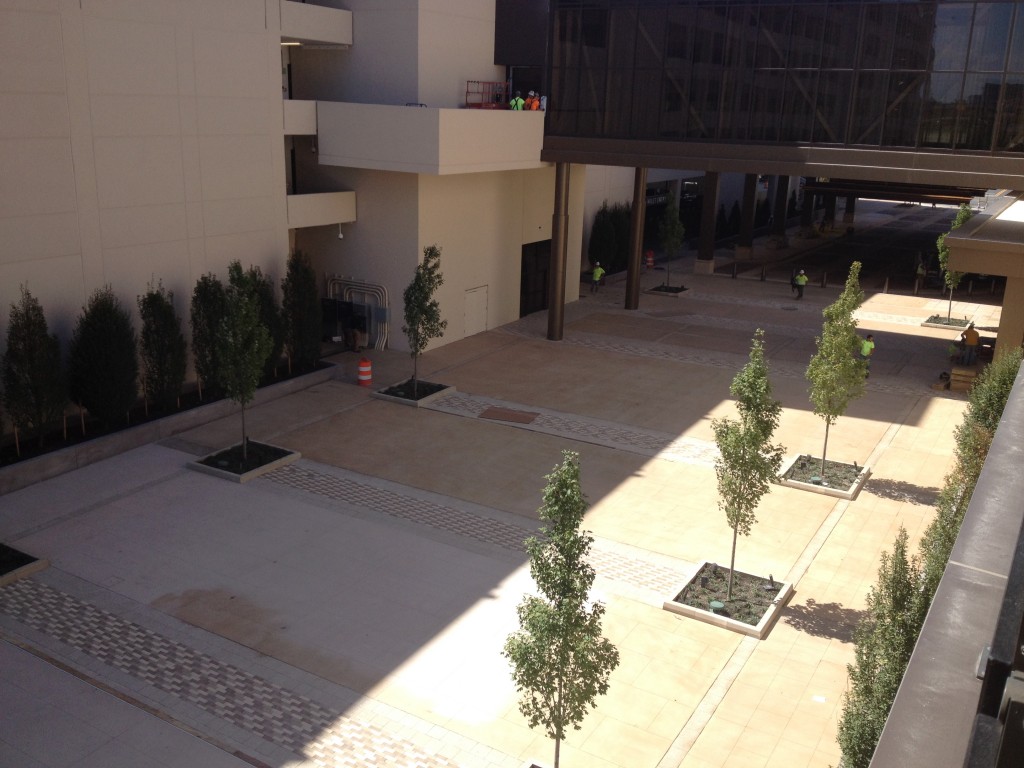 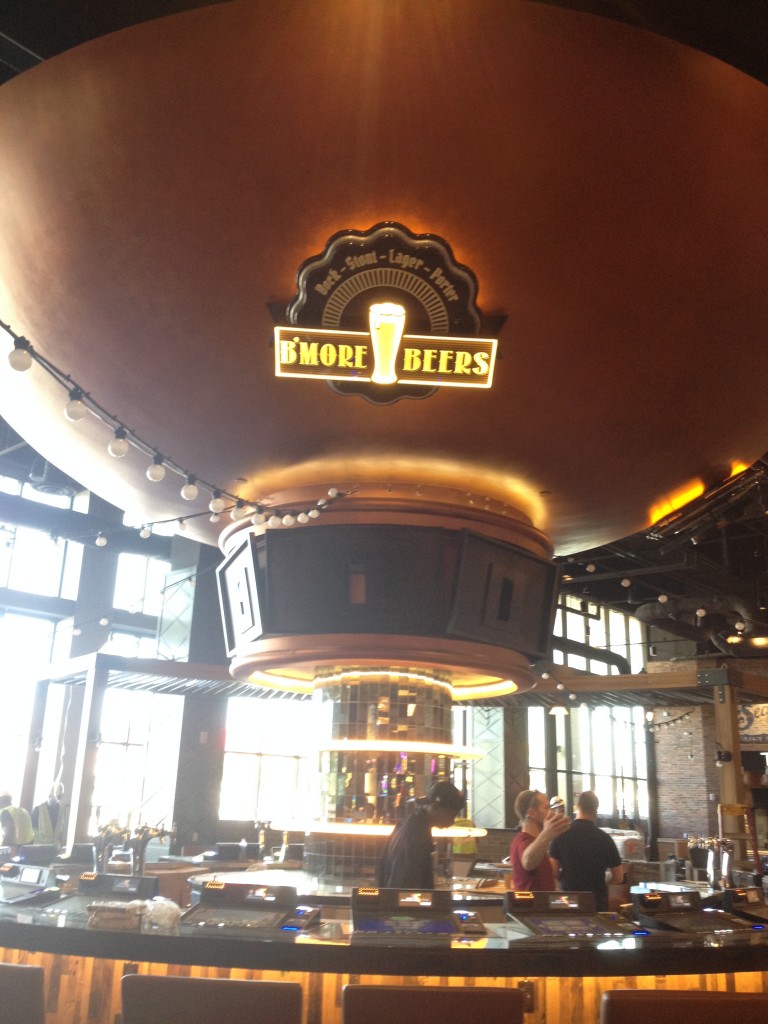