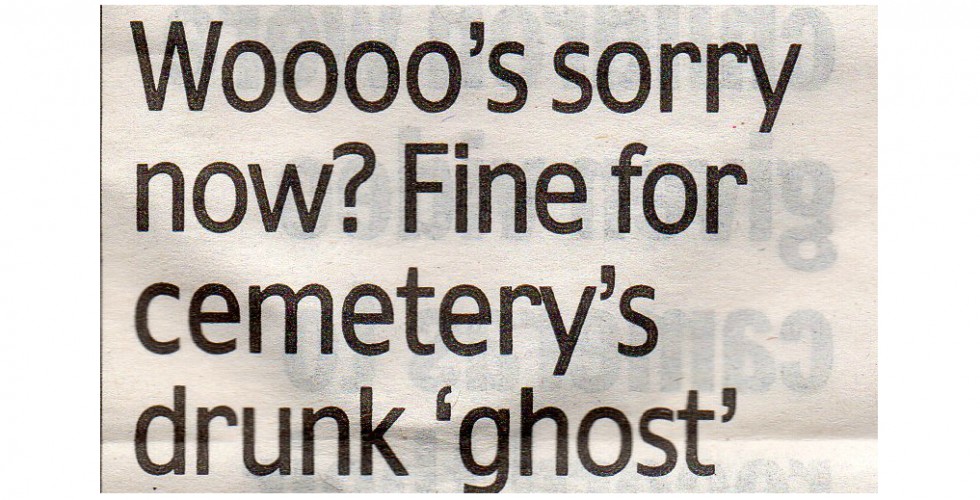 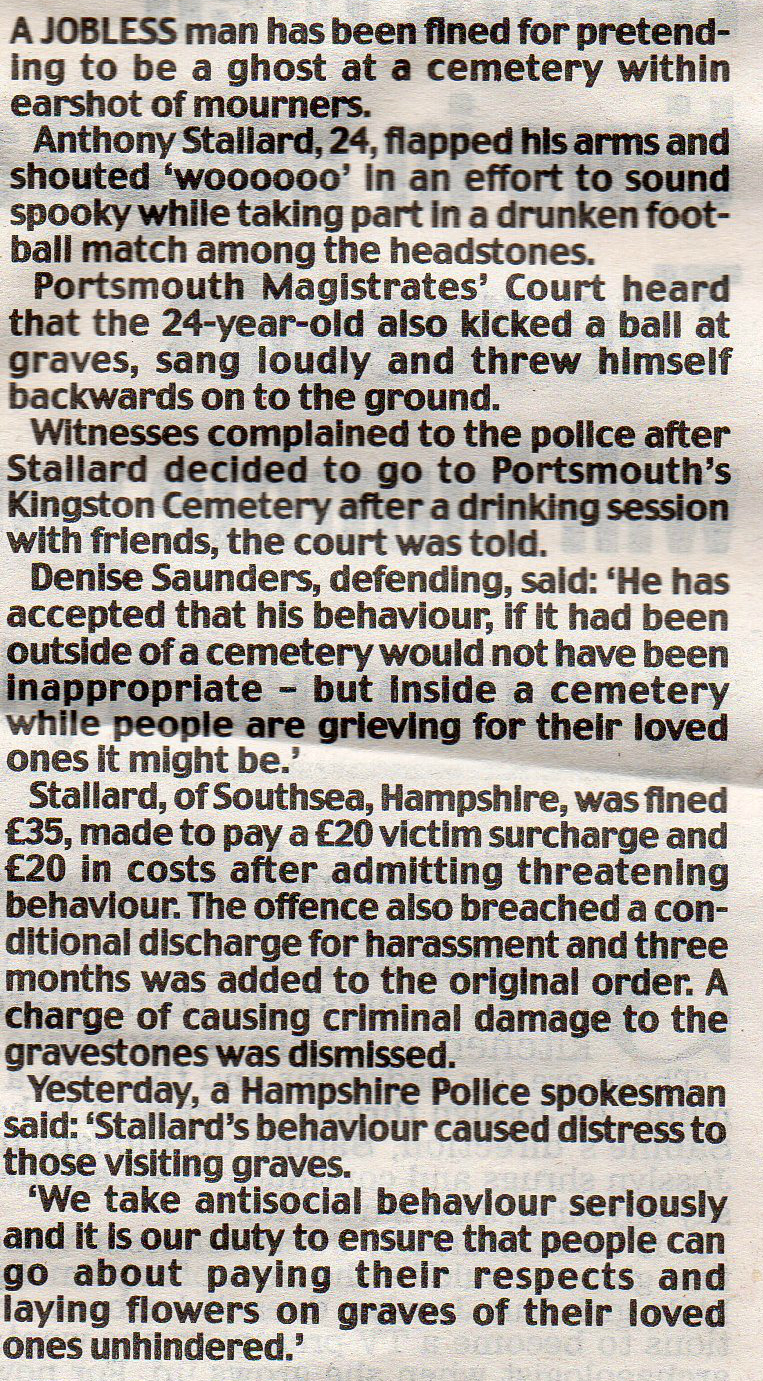 There’s been much made lately of the dysfunctional state of American Justice. But as imperfect as our system is, having just come back from three months abroad we’re practically overjoyed to be back in Baltimore, Maryland USA. Take for example this cruel abortion of jurisprudence we found in the pages of London’s Daily Mail this week. As you can see for yourself, whilst the sons of Tories are hunting foxes and being given peerages, such a fine young man as our Stallard here are being aggrieved and fined simply for enjoying a right that we Yanks hold sacred: the very Pursuit of Happiness.

First of all we’d like to take issue with the writer’s leading by describing Stollard as ‘A JOBLESS man…’ right off the bat. What business is that of yours, eh? How dare he sit in his newspaper office with his AP wires and his fancy desk and his cups of tea and pass judgement on a working class lad who happens to be down on his circumstances at the moment! Times are hard for those of us with mouths empty of silver spoons.

In our view, Anthony Stallard should be saluted for having the courage and good sense not to waste his days knocking at doors hat-in-hand begging for some menial job or other but instead showing that there are still Britons with the fortitude to do as they please with the dignity befitting a man.

Now, there are some among you who may judge Stallard for drinking during the day. Hypocrites! The lot of you! If he’d been in some magazine’s vapid 30-under-30 list you’d think nothing of him having a pint at lunch or ‘networking’ at happy hour. But who can judge Stallard who’s not walked a mile in his shoes? Sometimes a few pints and a little moral support for one’s mates is absolutely necessary when the chips are down. Hell, we wouldn’t be surprised if Stallard had no choice but to seek refuge in his local before sundown; he’s probably got a shrill harpie of a mum nagging him all the day at home.

And besides: it’s not as if he were sitting around the pub all day. In our view Stallard is to be admired not only for keeping fit on the football pitch but for having the spirit and good cheer to sing while he was at it.

In fact, as near as we can tell, the only fault we can find with Anthony Stallard here his that he admitted anything at all to the court. We would encourage him, the next time he finds himself at the mercy of Her Majesty’s courts to keep his upper lip as stiff as Sidney Carton’s. He should have made the court prove that there was no ghost. The Chop has seen British cemeteries, and as you can see from this photo we took they’re pretty fucking creepy. We contend that there very likely was a ghost involved in this case, and submit that it’s also possible that if Stallard were seen waving his arms and saying ‘woooo’ it’s possible that the ghost had in fact possessed him. Indeed, Stallard has been victimized twice here: once by a terrifying brush with the supernatural and again by the Crown’s courts.