We’ve been out of town a long time. So long that we’re still not quite up to speed. It’s going to take your old Chop at least one day for every month away from Charm City to get back on track. As we said just the other day, a sailor leaves, comes home and strives to pick up just exactly where he left off. Now, it’s true that not a lot has changed. Six months isn’t really that long after all. But when you take as big a part in community life as we do, you’re bound to miss a few things.

Do you remember when that water main broke and flooded Charles Street with almost 3 feet of water? That was the day we left. November 7th. It’s basically the last thing we remember. So we missed out on a few things. Hell, we probably missed out on so much that there’s stuff that didn’t make this list because we missed it and didn’t even hear about it in the first place. But here are six things we did hear about, and are going to try to get up to speed on as quickly as possible.

It’s big. It’s decadent. It’s buns! We had heard rumors about the imminent opening of the Bun Shop but it kind of took us by surprise as we were walking into the Beatnik Barber Shop yesterday. That big, golden, glorious sign called out to us “Hey you Chop! Come in here and eat buns and drink coffee! You know you want to!” And we did want to… But we’d just been in Trinacria and were already full of foccacia and cannoli and also a little pressed for time. But since Donna’s burned down, Red Emma’s is moving, and our personal favorite Asquaal is RIP, Bun Shop is pretty much the instant go-to for coffee in Mount Vernon. (Sorry we’re not sorry City Cafe). 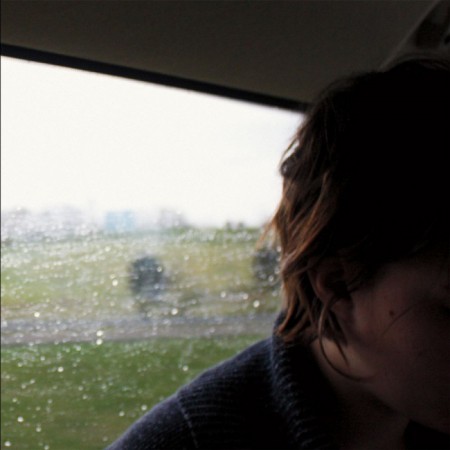 Secret Mountains has been in our personal top 5 of local bands for quite some time now, and we’ve been waiting for a full length release for a long time. We should say that we’ve been waiting patiently, and we give SM a lot of credit for taking their time with it. Far too many bands these days take the Welp we’ve got 10 songs so let’s make a record now approach to music-making. Secret Mountains’ process was as deliberate as their songs, so we’re sure this has got to be an important and exceptional release. Plus, according to their Tumblr Kelly and Jake have left the band and the remaining members are carrying on, presumably as a four-piece, so they’ll never be the same again.

Technically we were here for this. As luck had it, while the Super Bowl was going on our ship was sailing up the Chesapeake Bay. We weren’t able to watch it, but we were able to follow along via the Ravens iPhone app and our twitter feed. When we docked the ship at 5:30 am, it was pretty obvious that the line handlers on the dock were still shitfaced drunk from the game. We were even more sorry to miss the victory parade, which we kept tabs on from our next dock in Wilmington, DE. That was pretty much Baltimore’s finest hour, and a nice middle finger to the rest of the football loving country. 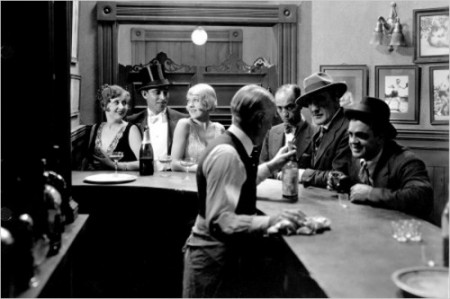 The Chop was a great fan of the short-lived Kitty Kat Bar, and heaven knows that Remington/Charles Village could use a low-key neighborhood bar that’s a step up from Long John’s or CVP (not that they aren’t beloved in their turn). The gossip that we’ve heard has it that this place is pitch-perfect, with some likening it to Rye in Fell’s Point. We can’t wait to get in there and warm a barstool ourselves.

As great and glorious as the Ravens’ Super Bowl victory and Ray Lewis’ last game was, The Chop is just not a true football fan and probably never will be. Hell, this blog is called The Baltimore Chop. There’s a reason it’s not called ‘Johnny Unitas’ Barbershop’ or some such footbally name. Opening Day is pretty much a genuine municipal holiday in Baltimore, and this would have been our first one as a season ticket holder, snagging good seats and enjoying the Orange Carpet benefits. And it being the first game after a playoff appearance made it just a little more special. 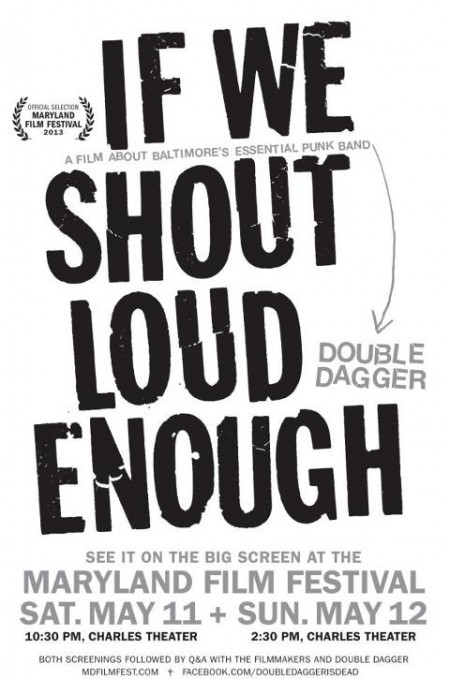 So, technically we were here for this too, since it was just this weekend. But since we arrived home at 1 am Friday night we were certainly in no position to plan a weekend jaunt down to the film festival. Presentations by John Waters and Matt Porterfield, 12 O’Clock Boys, I Am Divine, After Tiller, Hit And Stay, I Used To Be Darker, and of course If We Shout Loud Enough, the Double Dagumentary. (Fortunately we’ve already secured and watched a copy at home.) All told, it was probably the best MFF yet, and probably our last chance to blog about Double Dagger, which if you’ve been following this blog for any length of time you know is our most favorite topic.