With the whole Derecho Debacle and the Fourth of July falling on a Wednesday, this week has turned into pretty much a nine day weekend for a lot of folks. Even if you weren’t lucky enough to get 9 days off, it’s a good bet you’re slacking pretty hard this week and taking at least some time off.

Like most folks, we’re spending the week, and weekend cooking out, listening to music, drinking beer, watching baseball, and generally loafing. These are the perfect times, and perfect time of year for a giant bowl of Baltimame. 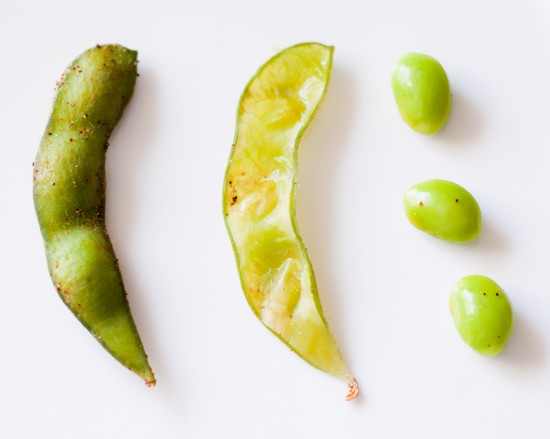 Dump a bag of edamame pods into a pot of boiling water. Boil for 5 minutes. Drain in a colander and rinse with cold water. Season liberally with Old Bay. Chill in refrigerator until cold.

Pretty simple, but not a hell of a lot of people have ever tried this, so few know just how good it is. Hell, most people have never even tried edamame without Old Bay. It’s pretty popular among vegans, but even for vegetarians it’s only an occasional thing for most, and the lion’s share of meat eaters have never heard of it.

Baltimame is a great snack though, no matter your dietary preferences. It’s healthier than just about any other snack you’d care to name, and for Marylanders, a simple and convenient way to savor a favorite and familiar flavor.

If you’re heading out to a cook out, picnic, roof deck, or whatever this week, give it a try. Just remember: you eat the beans, not the shells.