We’re pretty much convinced that this whole crummy decade is just the 90′s all over again. At least musically. There are slackers everywhere. WHFS is back on the air. Beavis and Butthead are on Mtv, and just this week we dropped by the Sound Garden and found so much Toad the Wet Sprocket and 4 Non-Blondes in the used bin we thought we were back in middle school.

The 90′s are back with such a vengeance that we even get to see good old fashioned emo music live on stage this weekend. Blank is playing the Ottobar tomorrow. If you’re under 30, you may not know about Blank. We will explain: You know The Desert Boys? Well before that, Ryan Shelkett was in Liars’ Academy. And before that he was in Cross My Heart. And before that he was in Dead Red Sea. And even before that there was Blank. That’s how old you are when you’re over 30. You remember all that like Methuselah or something. So it’s a show where everyone there is hiring a babysitter and taking their wife to listen to the same songs that they listened to when some girl dumped them in 9th grade. Whatever. We’ll probably go to it anyway. 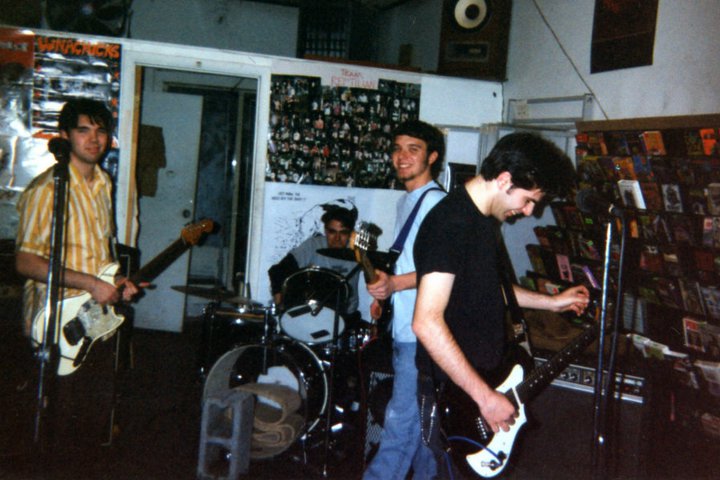 It’s not all nostalgia tomorrow though. Office of Future Plans is one of the best bands around right now. They may be a new-ish band, but they move like old-ish guys careerwise. Their second show ever was the topic of our first blog post, and it took them more than two years to get a record out. Now that it’s out, are they hitting the road to try and sell it? Nah. They’re putting their feet up. This is their last scheduled show until they schedule another one.

We’re especially excited to see the one band on this bill that we’ve never seen before, Murder. They’ve been active enough, we’ve just been out of town or whatever and missed them almost entirely, although their particular brand of spitting and sneering is part of what attracted us to punk rock in the first place. It’s what still keeps us interested into our 30′s. This is a band that says “I feel bad about myself cause I know deep down I’m a shitty person from a shitty place but beer and leather jackets and loud fucking rock makes me feel good again.” That’s not to say that we think they’re shitty people- quite the opposite- but what punk hasn’t felt like that more than a few times?

Their debut EP is the perfect thing when you’re stomping around drunk in a squalid rowhouse after midnight and trying to pick a fight with your neighbors. The neighbors may not deserve it, but someone does.