Remember the first time you read The Catcher in the Rye, Baltimore? Remember when you put the book down and said to yourself “Holy shit! He’s right. They are all a bunch of goddamn phonies? Remember how you were about 14, and you finally learned to begin to spot the differences between what people say and what they do? Remember how you swore you were going to stay true-to-self and ride a merry-go-round with your kid sister and rub out some of the ‘fuck yous’ written on school walls? 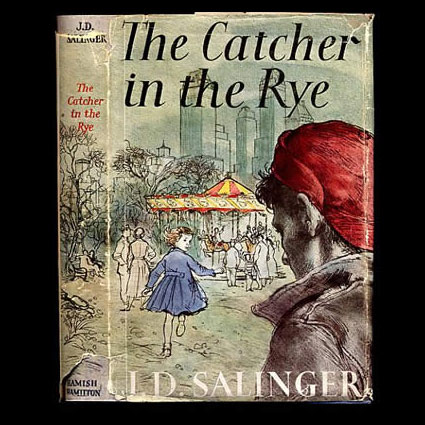 "If a girl looks swell when she meets you, who gives a damn if she's late? Nobody."

The Chop has, on occasion, been accused of know-it-all-ism. (We know, shocking! right? We couldn’t believe it either.) This is a criticism we’ve never taken to heart though, because we know it’s not quite accurate. We’ll freely admit that there’s plenty we don’t know. There’s stuff we don’t even pretend to know. If we don’t know, we’ll admit it outright, and if we’re wrong on something, we’ll admit that too. It feels good to do, believe it or not.

But one thing of which we’ve never been accused is being phony. And it’s because we know and often use one handy little phrase:

Stop for a second. Think about that one. Let it sink in for a while. Consider, when’s the last time you said that? When’s the last time you heard anyone say that? Ever? Be honest, if you have heard someone say “I know it’s wrong, but I’m doing it anyway.” didn’t you feel a little bit of admiration? Isn’t there something slightly subversive in that? Something individualistic and true-to-self? We think there is.

We all do wrong, all the time. None of us are saints. Even the most generous among us is going to be a little selfish. Even the kindest is going to be a little cruel. Even the softest of us will be a bit callous from time to time. Whether you’re cheating on your diet or your husband, you know you’re doing wrong, and all the excuses, justifications, and self-bargaining we do only makes the thing worse.

We might even argue that lies, justifications, promises to make it up later and excuses are even worse than the thing itself. This is where guilt comes from. This is where hurting other people starts. If you’re sorry later, say so. If not, don’t. Either way, if called to answer for something the admission of wrongdoing will cut the conversation short, and will save a lot of rhetorical gymnastics on both sides. Does your boss want to hear all about why you were late, how you’ve always been early in the past, how there were factors beyond your control, and how it will never happen again? No. She just wants to hear that you know it’s wrong to be late. Say that, and that’s the end of it. More than that… it’s actually quite liberating to say. It gets easier every time.

This is just one example of the way-too-many we’ve been encountering in our own life lately. In this holiday season of guilt, indulgence, greed, envy, and all those other sins, we encourage you all to go out and do wrong openly- because heaven knows you’re going to do it anyway.