Now that we’ve thoroughly covered the ins and outs of the classic pea coat, you might be saying to yourself “Yeah, that’s all well and good Chop, but sometimes I just want to run out and buy groceries.”

We understand this perfectly well. While a pea coat or a proper overcoat is highly desirable as proof against the elements in the dead of winter, it can feel like a bit much at other times. Those tricky fall weeks where the mercury is more volatile than the Dow Jones and the first days of spring when the wind still sneaks in call for something a little lighter and smaller. In a city with three cool seasons, it only makes sense that everyone should own a good three season jacket as a go-to. 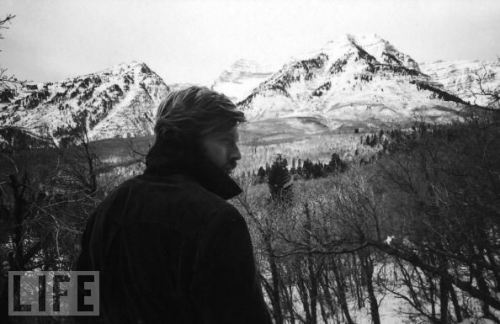 Robert Redford looking high and lonesome in a wool bomber.

Enter the wool bomber. It’s inherently a bit more casual than a pea coat, and we dare say better suited to those times when you want to leave the house looking good, but don’t necessarily need or want to be dressed to the nines. Dog walking, a winter bike ride, a quick trip to the store or to a friend’s house are all ideal situations for a woolen bomber.

For many people, the term ‘bomber’ still has them conjuring images of air force pilots and those old nylon numbers most closely associated with skinhead fashion. This is part of the reason we’re so big on wool, and why we’re doing a three day series on how you should be wearing it… because it makes the same simple jacket look a thousand times better. If you need proof, check out these examples from Cole Haan, Filson, and Fred Perry. True, those are all pretty pricey, but you’re internet savvy, right? Surely you can find the same style much, much cheaper.

A woolen bomber will take you effortlessly from the country to the manor.

Need more convincing? Just take a look at Robert Redford here. A woolen bomber was the height of casual cool when he wore them, and the look won’t be fading anytime soon. Hell, we wouldn’t be surprised if Redford’s still got one of those same jackets at hand, and still killing it in his 70′s out there at Sundance.