A friend once told us of a conversation he was having with an acquaintance of his who was from Glasgow. The two of them were walking down the street chit-chatting when they passed a set of fireplace tools; a poker, tongs, etc.

“What in the fuck is that?” asked the Scot.

“Well, I can see that, but what the fuck is it doing in the street?!”
Sensing a disconnect, our friend explained “Whoever owned it is done with it, but it’s still perfectly good, so they put it out here for someone to take.”

“That’s fucking amazing!” said the Scotchman. “In Glasgow you’d never see that in a million years. People keep their things forever, and if you put something like that out on the street the hooligans would snatch it up and beat someone to death with it.” 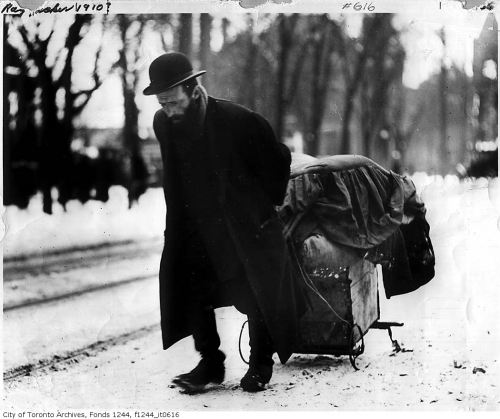 Failing a visit from the rag and bone man, putting your junk in the street is the next best thing.

This story has always stuck with us, and it reminds us of one of the things we like best about living in Baltimore: people put free stuff on the corner all the time. You never know when you may turn a corner on any given street and find an old video game console, a floor lamp, a small appliance or anything else that may prove useful.

Of course, there’s been something of an increase in this sort of thing since the indefinite hiatus of bulk trash collections. In certain Baltimore neighborhoods the night before bulk trash collection was a veritable community swap meet. As a downtown renter, the Chop was never too proud to walk around the neighborhood seeking treasure among the trash, and we even came up with a few quality items that served us well. We really, really wish that city hall could find the funds to reinstate bulk trash night. not just for this reason, but because it was a valuable service for city residents.

Then there’s the seedy underbelly of Baltimore thrift: the eviction pile. It is a degrading and humiliating experience to have a landlord turn you out of your own home, but what’s worse is having to solve the logistical problems of moving everything you own at a moment’s notice (and being flat broke at that moment). Most people evicted in Baltimore city are savvy enough to have someone standing by at all times in front of their house to watch over their possessions. But in any case, after a truck is secured and packed, most people will leave behind a pile of goods of at least some size. you’ve got to travel light, and anything you leave behind is the landlord’s problem, and fuck him.

The Chop has been on both sides of this phenomenon. We’ve never suffered eviction, but when we moved from the city back to the far suburbs, we knew we were going to have to travel light. With the TV packed and moved, the only entertainment on that last day in our apartment was to watch people root through and carry off our stuff. (Yes, there was a tranny hooker. And yes, we watched out the window as she rooted through the nightstand and put the leftover condoms in her purse. That happened. Stay classy, Baltimore.)

But we say all this now because we’ve finally acquired enough junk that our basement needs a thorough cleaning. Some of it may go to Goodwill. If we’re feeling industrious, some of it may find it’s way to the Baltimore Free Store. Some of the furniture may get consigned, and some items might be reserved for the Remington Dump.

Undoubtedly though, a few items are just going to be cast out on the street. Perhaps with a little sign that says ‘Free.’