Election nights can be a tough time for political geeks. For those of us who follow politics as a spectator sport, a mid-term election may not be the Superbowl, but it’s at least equivalent to an NFL playoff game. It’s something we get excited about. It’s something we don’t want to sit around and watch alone. It needs to be shared with other political geeks, and not the ones on the Daily Kos message boards either. For nights like tonight, it’s time to turn off the internet and treat this election like the event that it is.

Problem is, you can’t have a house party, because all your friends are going to work tomorrow, and because frankly, the national outlook isn’t primed for a festive atmosphere. Some Great parties were thrown when Obama was elected, but that was a whole different animal politically. 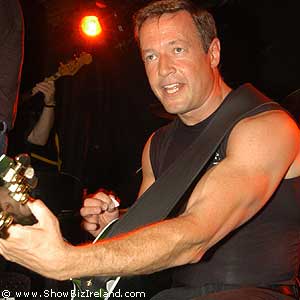 If there's any governor in these 50 states that knows how to throw a party, you can bet it's Martin O'Malley.

Strangely enough, Baltimore also lacks a true-blue Democratic stronghold bar. You could argue that nearly every bar is a stronghold Democratic bar, and even make a case for certain spots near city hall and the Sun newsroom, but we haven’t quite got the Democratic equivalent of a Ropewalk. Where’s the bronze bust of Bill Clinton, eh?

So for those of us looking to make a party out of election night, the only place left to go is straight to the candidates themselves. You can get tears in your beer over at Ehrlich headquarters, but your best bet for tonight is to show up to the AVAM and party with the likes of Martin O’Malley and Senator Barb.

Official celebrations are always nice, mostly because they’re financed with campaign dollars. While this might seem wasteful at first blush, in the real world you can’t possibly have underpaid staffers and volunteers working long hours, evenings and weekends, including really long hours doing ‘get out the vote’ on election day and then not throw a party at the end. It would be a slap in the face to your entire staff and all your supporters. If you didn’t donate or volunteer, then shame on you, but you can still come out and enjoy the fun (Don’t get your hopes up for open bar though. Gotta keep the war chest full for the next cycle).

Tonight’s event is free to the public, and opens up at 7:30, officially beginning at 8 pm when the polls close. Election results will be broadcast and speeches will be made, and the AVAM looks to be one of the brightest spots on a pretty dim electoral night. If nothing else, it’s a good excuse to hit a free buffet (Who feels like cooking on a Tuesday?) and throw on some ritzy clothes. And don’t forget to sport tonight’s sexiest accessory… that little I voted sticker.

Voting is a great habit to build, and beginning today you can vote for the Baltimore Chop every day in the Baltimore Sun’s Mobbies blog competition. This blog is nominated in 3 categories (Music/Nightlife, Personal, and Misfits), and we’d really like your vote. It only takes a second to register at baltimoresun.com, and after that you can vote for the Chop once a day until November 12. After all, we write this blog every single day to keep you up on shows, parties, culture, fashion, politics, booze and the rest, so why not vote every day?