Today, Baltimore, the 28th of October, is a day of tremendous moment and importance. It’s a big red letter day for us, because exactly one year ago today we launched our humble little blog with this post about the Office of Future Plans at the Sidebar.

Now that we’ve turned 30, a year will go by really, really fast. It’s true that we spent half the year abroad and not writing, but still, it feels as though we’re just getting started. When we began we had very little idea what sort of shape this blog would take. We’re still pretty much making it up as we go along. We’ve got to say, we’re fairly pleased with how things have turned out so far. We didn’t think we’d be able to hack it putting up a post every single day, but we haven’t missed one yet. Most of all though, we didn’t think anyone would actually read this, and we’re still kind of shocked when we find out that people really do. Monday’s post about getting dressed properly produced our best day yet, and month-over-month traffic continues to grow steadily. 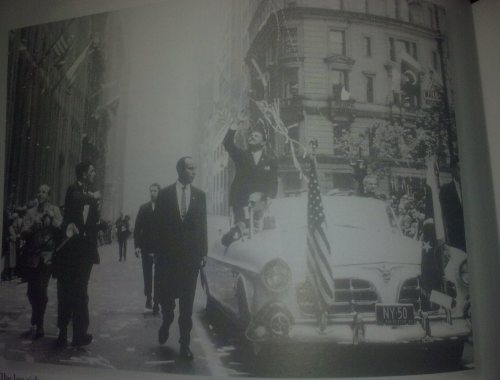 The Chop greets throngs of ardent admirers on the occasion of our one year anniversary.

We want to thank you for that, Baltimore. We also want to call your attention to the new share buttons that WordPress has installed for us, as well as the subscription panels in the sidebar. They work quite well, try them and see.

This month also marks the (roughly) one year anniversary of the Baltimore Sun’s Maryland’s Outstanding Blogs (Mobbies) contest. Like we said, we spent a good deal of time reviewing the field last year, and that contest was largely responsible for getting us to go through with making this blog. We’re writing the exact blog that we would want to read every day, because we couldn’t find it among the nominations. We’d definitely recommend you check out this year’s nominations, because there’s some pretty interesting stuff in there, and a few that had escaped our attention until now. As of today though, some of our favorites are still missing, so we might have to do some nominating ourselves if they don’t turn up soon.

Finally, we’re late on this one, but September 30 marked the one year anniversary of our buying the Chophouse. Our mortgage now says “one year down, 29 to go.” This is another thing that still feels brand new and strange, and which we’re kind of making up as we go along. We’ve always sort of secretly braced for the worst of home ownership. A little part of us has thought it was only a matter of time before the roof caved in or the basement flooded or someone seized the deed over a water bill lien or missed ground rent payment.

We’re just now starting to realize that that’s probably not going to happen. When things break, we can fix them. When bills come, we can pay them. The neighbors are nice and the streets are safe and there hasn’t been one single day that we’ve regretted buying here. To the contrary, we wake up every morning (noon) and immediately think of how lucky and happy we are to live here.