Well, if tonight’s show is anything, it’s proof that we’re out of touch. Almost cool. You might think we have our finger on the pulse of the scene, but we do not. We have it up our nose.

We went ahead and bought a ticket for tonight’s Greg Dulli show in advance since we were on the Missiontix site anyway. We figured it would be a pretty low key Saturday night, with just a few aged scenesters drinking heavily and gnashing their teeth at the thought of being 22 again with their present bitter, jaded knowledge of how the world works. Hell, even though Dulli is touring nationally and about to split for England, tickets were only $12. 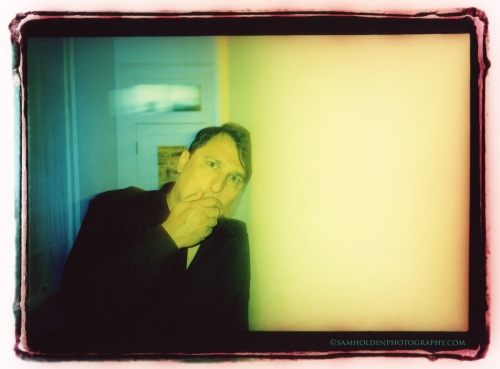 So we were surprised when the show not only sold out, but sold out well in advance. We’d tried to track down an extra ticket for a friend from New York, and came up empty handed. Word is that the very few tickets available at resale are going for up to five times face value. With that kind of demand, you’d think they would have cost more initially, or that they would have booked the show into a bigger venue. Oh well. We’ll see how it goes.

Perhaps it’s fitting that we’re way out of touch on this one. We were pretty well aware of the Afghan Whigs during their Gentlemen/ Black Love heyday. As a 12 or 13 year old kid who knew very little about music (or life) we thought they sounded good enough, but most of those songs went right over our head. You can’t expect a middle school kid to actually understand songs about hatefucking, cold revenge, solitude in company, and danger for danger’s sake. It wasn’t long before we caught on to the broad brush anthems of three chord punk and spent the next decade not looking back.

Sometime around our mid-to-late 20′s though, we began to rediscover a lot of this music of which we were dimly aware as a kid; Pavement, Mudhoney, Dinosaur Jr., Catherine Wheel, etc. Once we did, our admiration and appreciation for Dulli grew exponentially. We’re an adult now. We’ve been fired from jobs, scorned by women, abandoned by friends, dragged into courtrooms, drunk by noon, and and even, on occasion, betrayed by our own body. All of that happened.

It’s only now that we fully understand the music of Greg Dulli.