Like we mentioned last week, The Chop loves free stuff, so we’re pretty excited about the grand opening of the all new Baltimore Free Store today.

The Baltimore Free Store is another one of those radical ideas that isn’t really that radical, and is merely common sense once it’s considered objectively. Their mission statement “envisions a society where relations are not based upon individual greed, consumption, and private ownership”. Sure, that sounds a little like Marx, but it sounds a little like Jesus too.

The Free Store has been open in a hard-to-find Highlandtown area warehouse for several years now, but their new location at 1413 West Baltimore Street (map) in Union Square marks an arrival in their first proper storefront, where they’ll be open Saturdays from 10 am to 4 pm, with a couple Sundays thrown in too. It’s an especially big move, since not only is it a real store in a proper neighborhood, but it’s on a main pedestrian thoroughfare as well, very near to the park, the HL Mencken house, and Hollins Market. 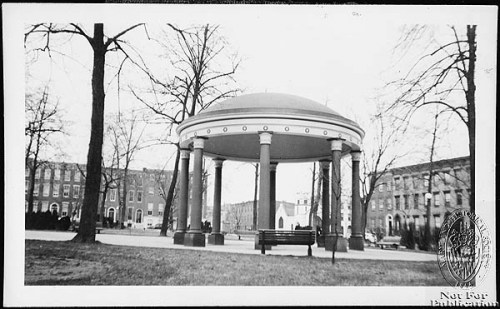 The Chop’s experience in West Baltimore is pretty much limited to the punk shows we used to see at the Loft, Sushi Cafe, and a few other spots, so its almost like stepping into a foreign city for an afternoon. If nothing else, its a good excuse to go get lunch at Baltimore Pho, which we’ve been hearing good things about, and have been meaning to get to since they opened.

And the more stuff we can get for free the better, because tonight is poker night, and we’re likely to lose whatever we bring to the table. Your Chop has never played poker, has never bothered to learn the rules of poker, and can barely hold our own in a game of Go Fish.

But to hell with it. Tonight is more about beer in the cooler, dinner off the grill, and sitting around being manly men with guys we like, and don’t see nearly enough of these days.