We saw our first proper beer garden at the tender age of five, as it was a cornerstone of the Chop’s annual Catholic School Carnival. Of course, as a wee young Chop, Coca-Cola was the order of the day, but nothing said summer better than the lights overhead and the pitchers on the tables… and fried dough. 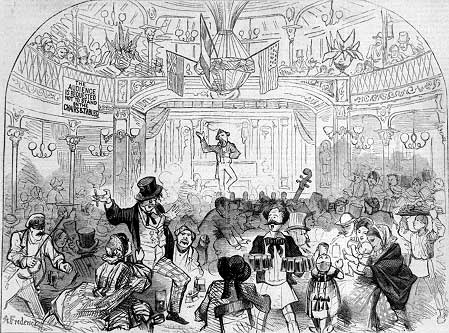 The Chop is a great admirer of beer in gardens.

Since that time the Chop has planted himself in a beer garden whenever possible, at the Heritage Fair, the Polish Festival, Greek Festival, Ukrainian Festival, or even the Fells Point Fun Festival.

In our travels we’ve discovered authentic German beer gardens in Germany, as well as almost-authentic ones in England, South Africa, and even Japan.

So we were pleasantly surprised to receive an invite to a friend’s birthday party at Blob’s Park, which we didn’t even know was there, and which promises to satisfy our desire for beer in garden form. We’re gonna strap on our German boots, grab a cold Warsteiner, nosh some potato dumplings, and polka like there’s an old nun forcing us to.

Cause they used to do that, you know.