You would think it would be a natural fit, right? Foursquare lets you know where everyone is and what they’re doing. That’s also the sole purpose of this blog, to talk about the things we do and the places we go every night. But alas, you will not find the Chop on Foursquare any time soon. Instead of complementary, we think it’s more redundant than anything.

That’s not just naysaying. It does seem like sort of a fun game, and as someone who knows Baltimore inside out and has all day free, the Chop could easily check in anywhere at will and be number one in this city. But will that get us paid or get us laid? No. No it will not.

After constant check-ins posted automatically to Facebook and Twitter, we’re all too eager to declare 4sq post-peak and bury it in the mass-grave of internet fads. Unfortunately though, it seems like the cool kids are just getting started. For fuck’s sake. 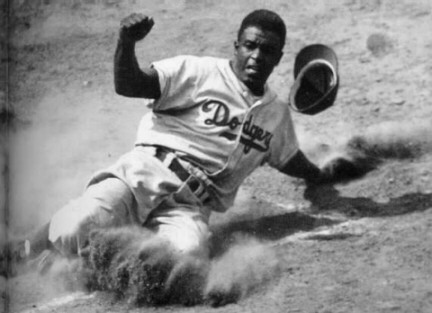 We’re not going to sit here and gripe about the good old days and the loss of privacy and et cetera. We’re actually very interested in the integration of online and offline life (I mean, when was the last time you had a face to face conversation that didn’t somehow reference the internet?) but we don’t think Foursquare, or any of its competitors are the way forward.

For one… You’re not that interesting. Sorry, Gentle Reader, but it’s true. We wish more than anyone that cool shit was going on all the time, but it’s just not. Yet you’re still compelled to act as though it were, cause you want that badge.

The game is going to get old. Sooner or later, it will. Even the best of games, like Tetris or Scrabble can wear thin with too many plays. Foursquare isn’t half as good as those games. It’s more like Farmville, or any other crappy facebook app. You collect points and badges in what ultimately amounts to a circular, pointless samsara until one day you drop it like a crazy ex.

But the real thing that bugs us about Foursquare is that it’s self-defeating. Social media is supposed to be social. From what we can tell so far, scores of people are checking in from the same places, but none of them are actually taking the time to introduce themselves to one another. It seems to be mostly competing with (and socializing with) the people you came with, or being alone and burying your face in your smartphone. You don’t need a website for that.

It’s all well and good when the site is full of hip kids and early adopters, but watch out. Everyone from the great-and-powerful Google to your humble little neighborhood cafe owner is now asking themselves the same question about Foursquare, and it’s a question that’s ruined plenty of formerly fun websites before…

So, how can we monetize this?

Don’t say you weren’t warned. Since joining Twitter with this blog, we’re shocked at how many non-people are on there. It seems fully half of all users are entities other than people. And we’re surprised at how efficient some spammers are at finding out what you tweet about. Just yesterday we tweeted about that dude Antonio on HGTV. We didn’t even mention him by name, but the next day he was following us. Same thing has happened with tweets casually mentioning cigars and cufflinks (without #tags). All of a sudden, a new follower wants to sell us cigars or cufflinks. In the coming year, Foursquare is going to function much the same way, with businesses vying to get you in and spend more money. “Special deals for checked-in customers.” Sort of like this, from yesterday.

You won’t even know what hit you.