Our city has a lot of problems. We’ve got whole entire systems that are broken; city audits and financial oversight, education, care for the homeless, water infrastructure and billing, police overtime, just to name a few of the big ones.

But we’ve got plenty of smaller problems too. Today we want to talk about a problem that is so small as to almost seem insignificant, but which is a problem nonetheless: abandoned traffic cones.

Bear with us: we have a lot of stray traffic cones floating around the streets and sidewalks of the city. When called to their attention most residents would probably react to their presence with some version of the sentiment: ‘Who cares? It’s just a traffic cone. I barely noticed it and it’s not hurting anything. We’ve got bigger problems to solve.’

But traffic cones are ugly. And some jerks like to collect them and try to save parking spaces on their block which is a whole separate problem of incivility. Cones don’t belong on random sidewalks and the more we see of them the more it bothers us. Here, have a look at what our neighborhood looks like around Waverly: 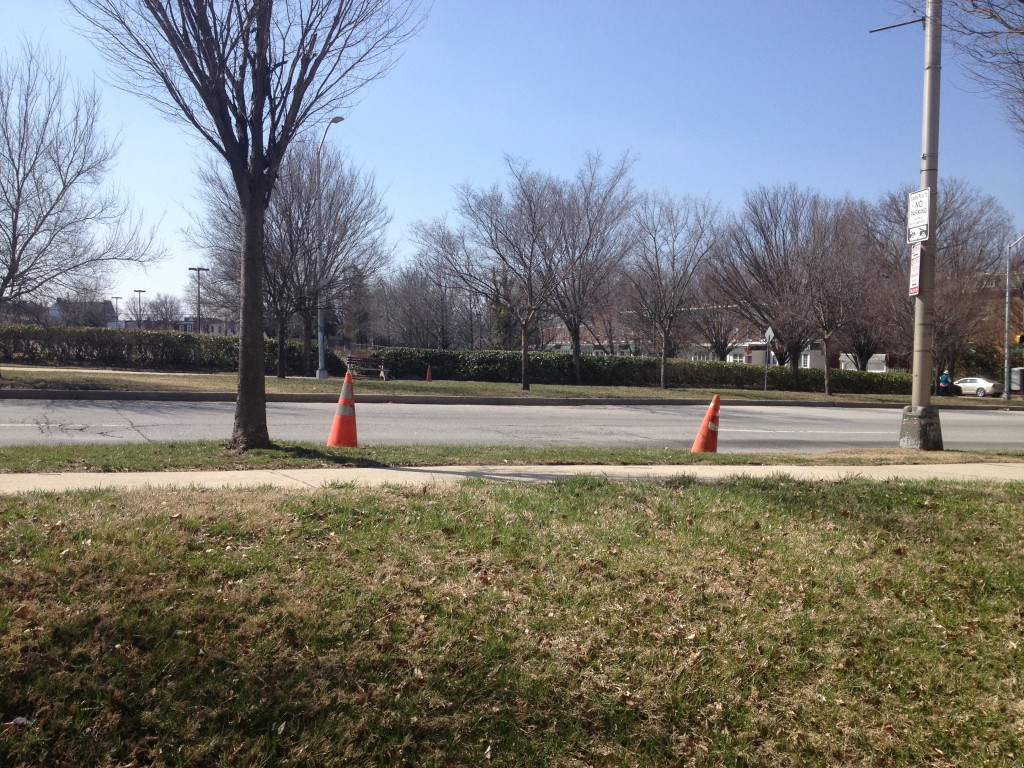 Cones on either side of 33rd Street. 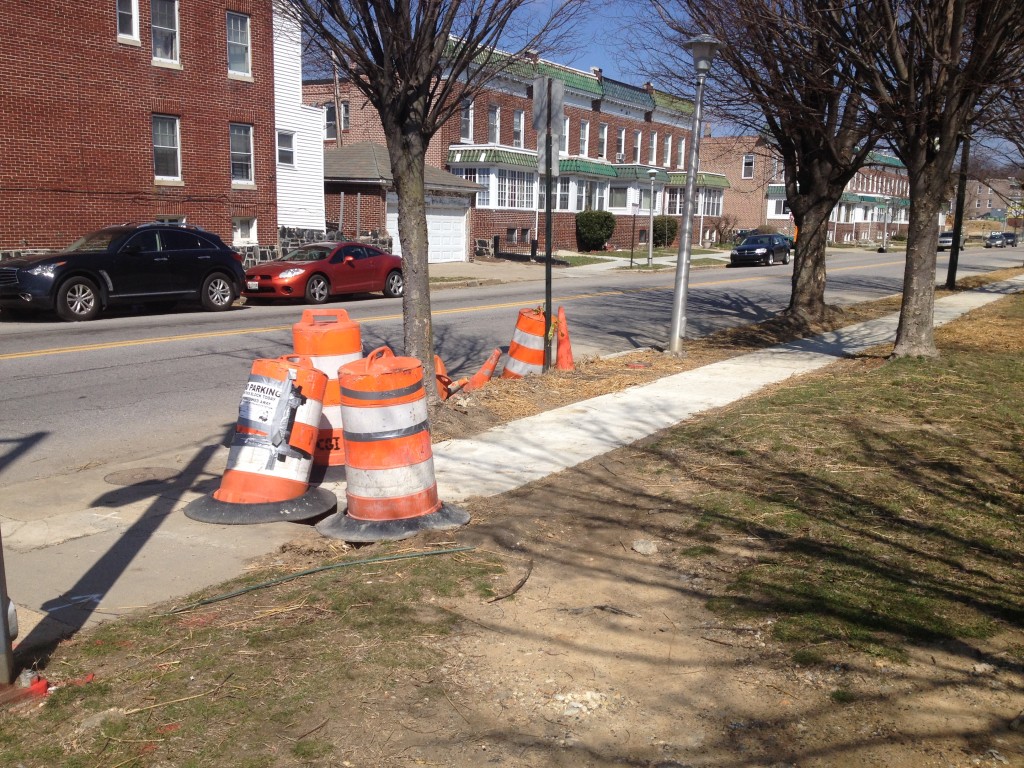 There was work going on here once upon a time. Now there’s just barrels sitting around for no reason. 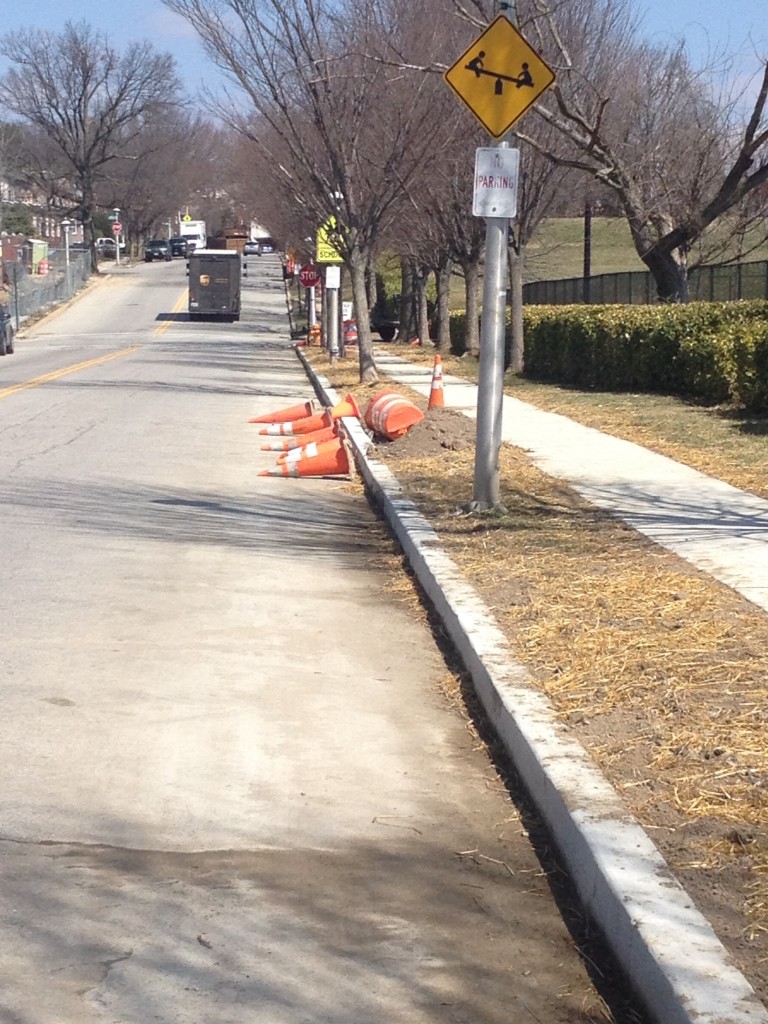 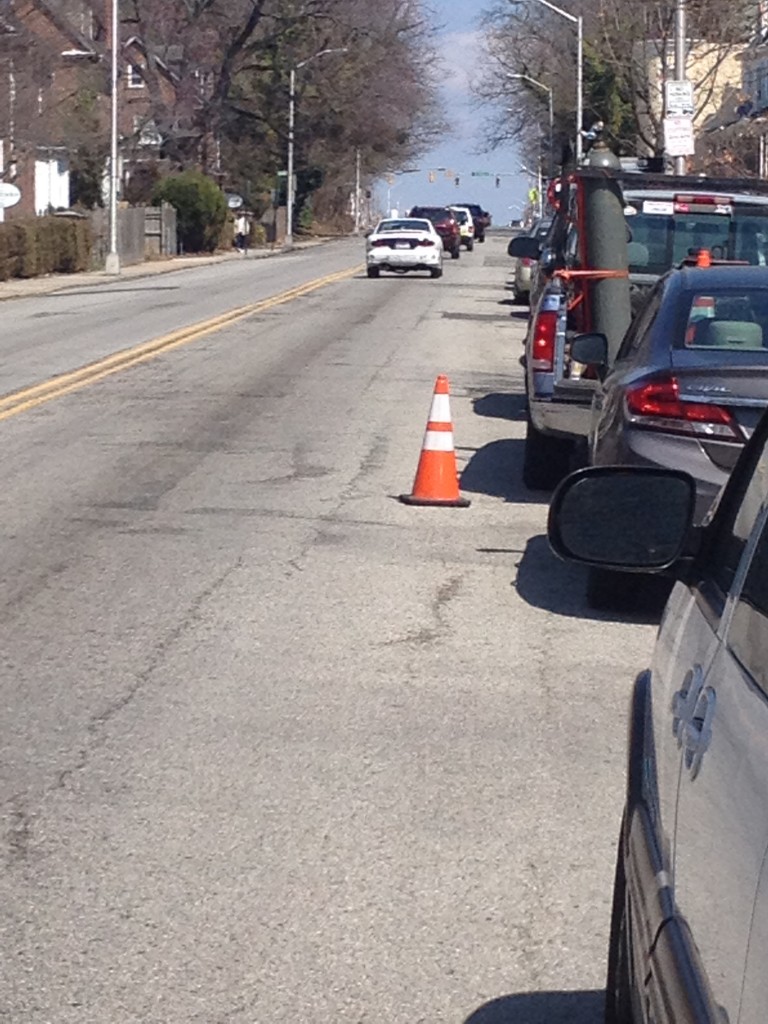 Fit securely in a parking space? Screw it, better throw a cone in the road anyway.

Ellerslie Ave resident helped themselves to a cone. 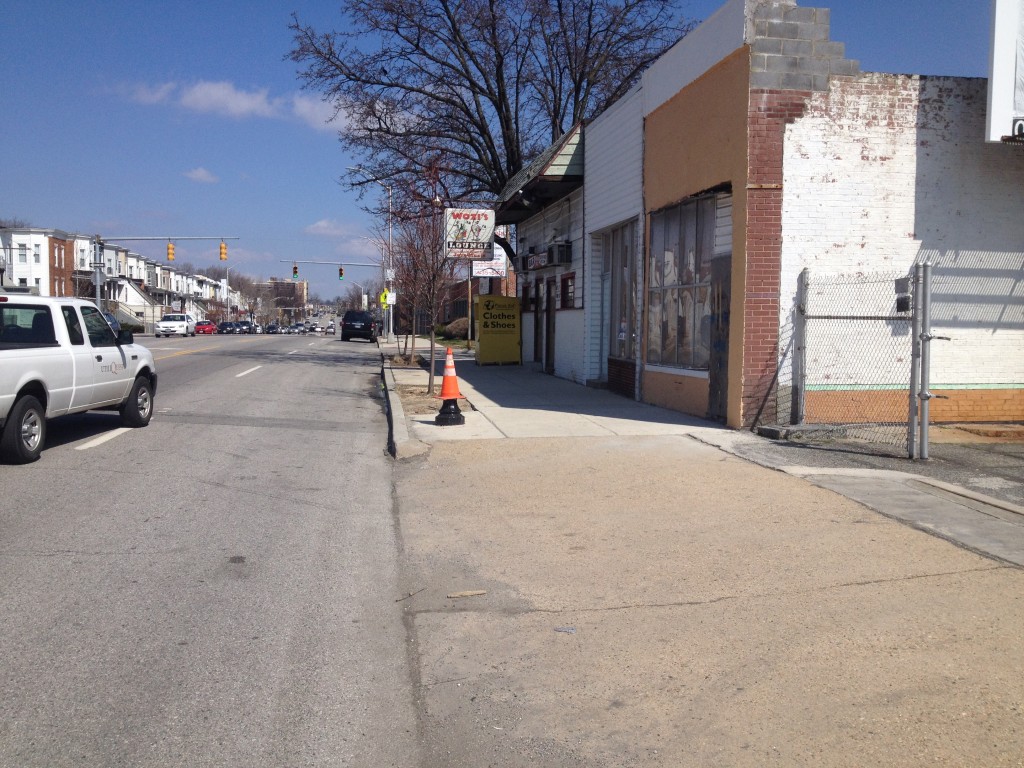 Someone didn’t feel like removing the whole streetlamp so they just threw a cone on it. 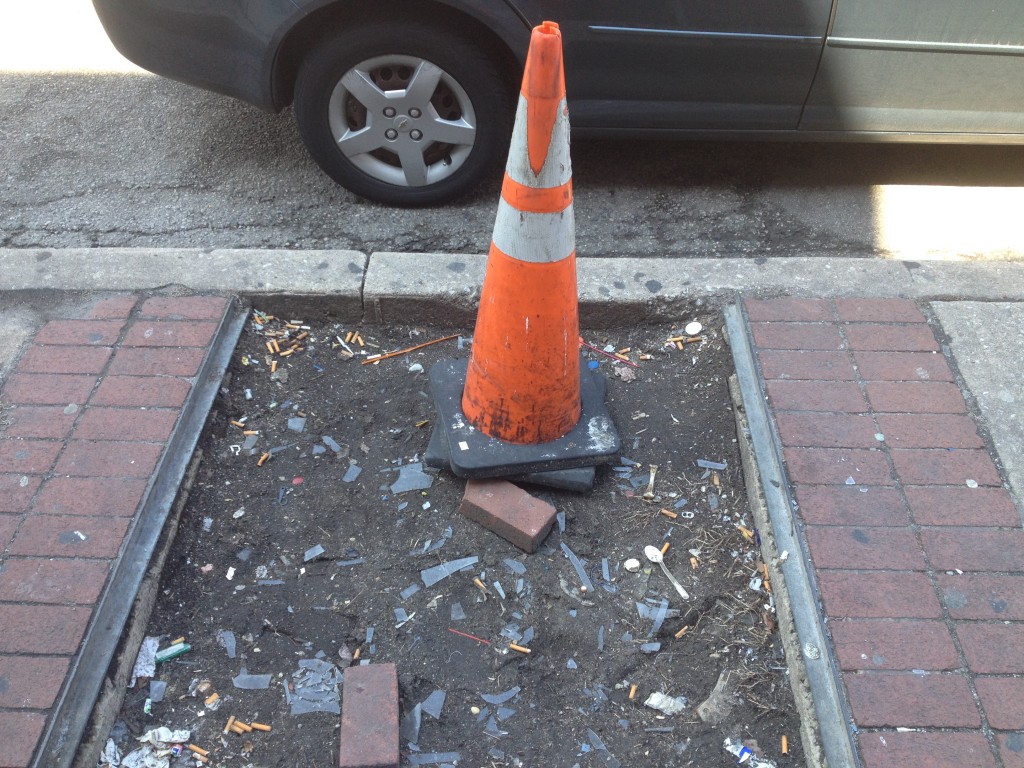 Do you really think this cone is making this empty tree well any safer? How about planting a goddamn tree there? 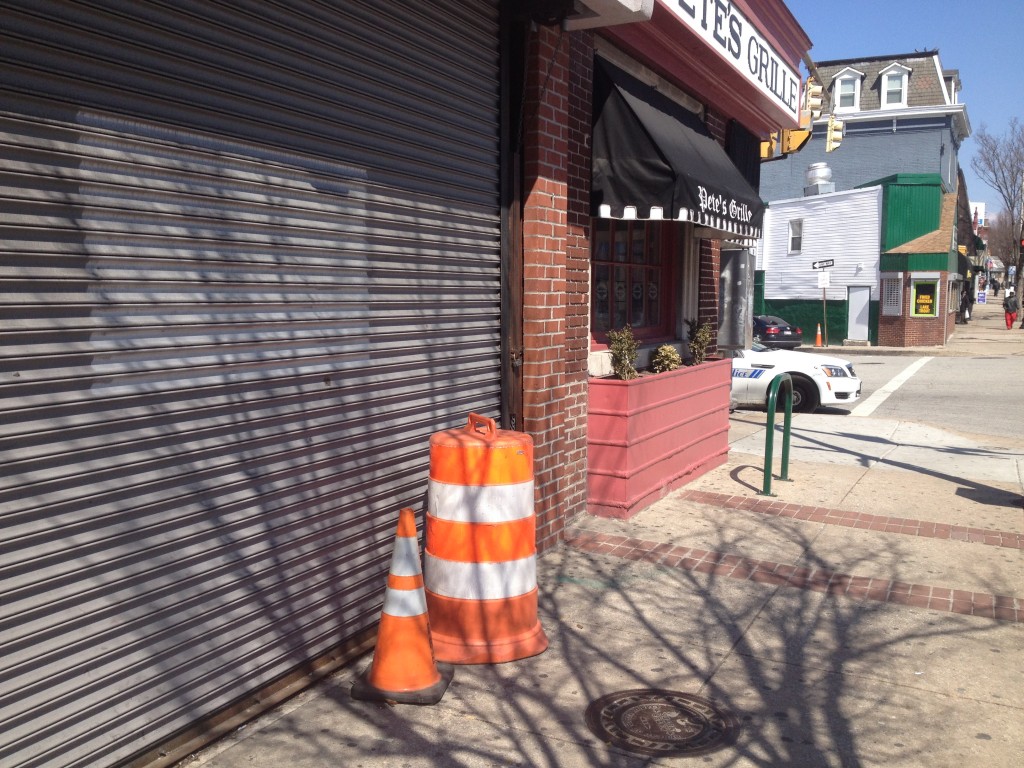 Pancakes, with a side of cone. 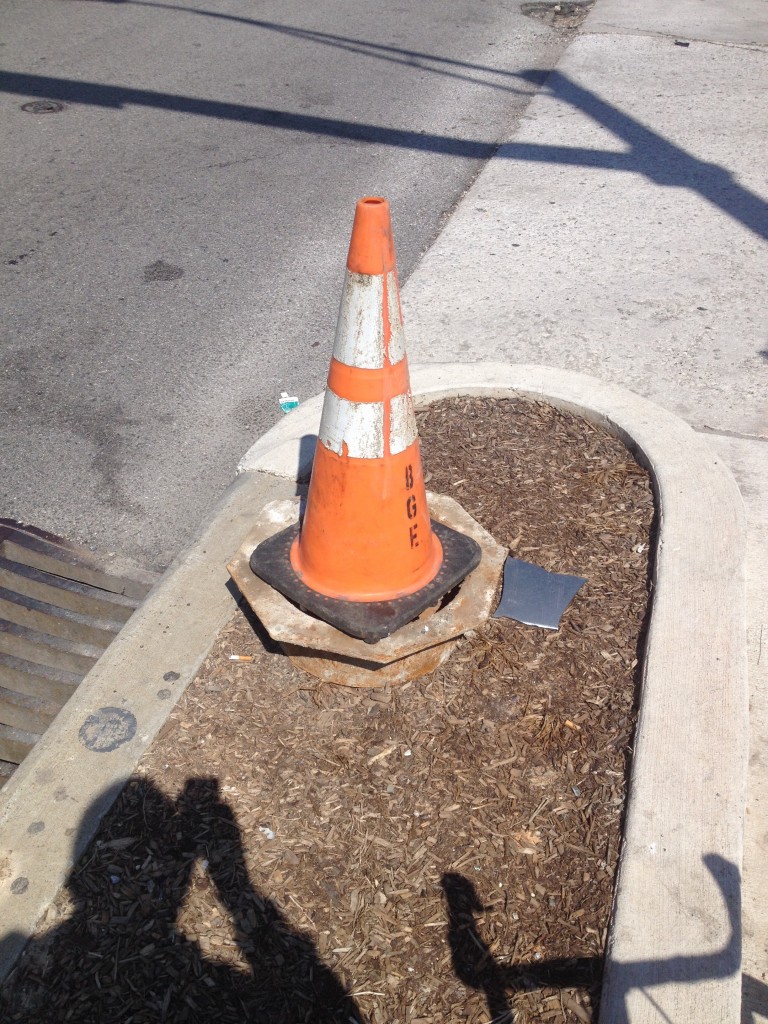 Presumably meant to keep people from stepping on the cast iron fixture but people don’t step in raised landscaping beds- they just use them as trashcans.

Maybe if I put the cone over the meter I won’t have to pay. 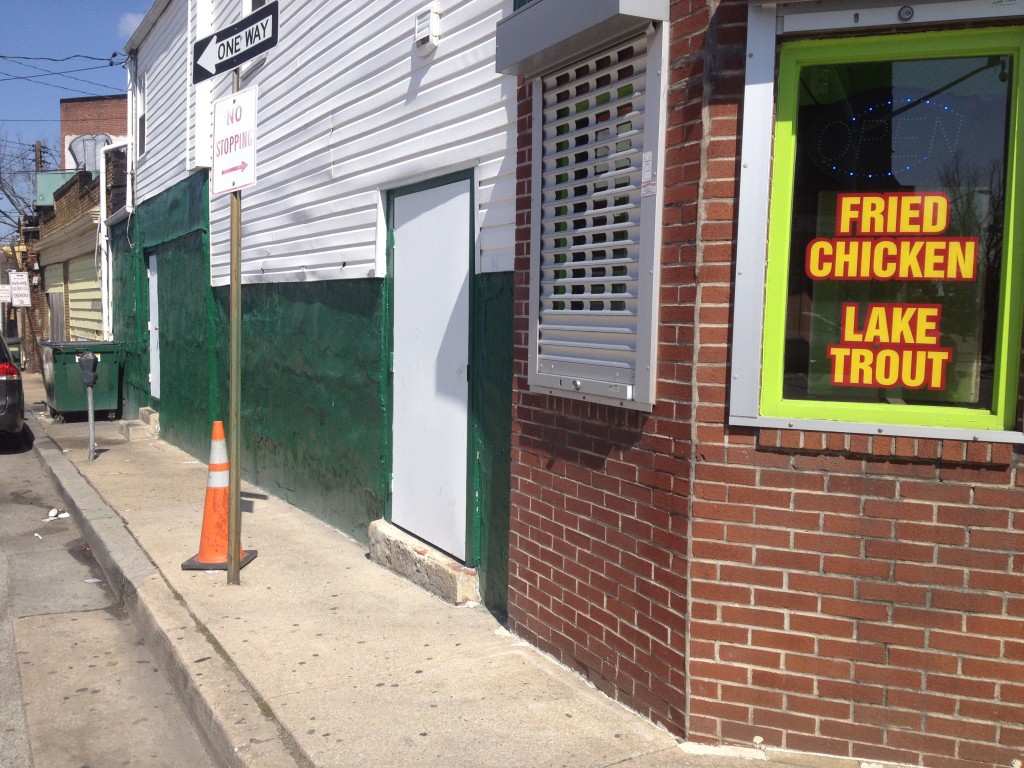 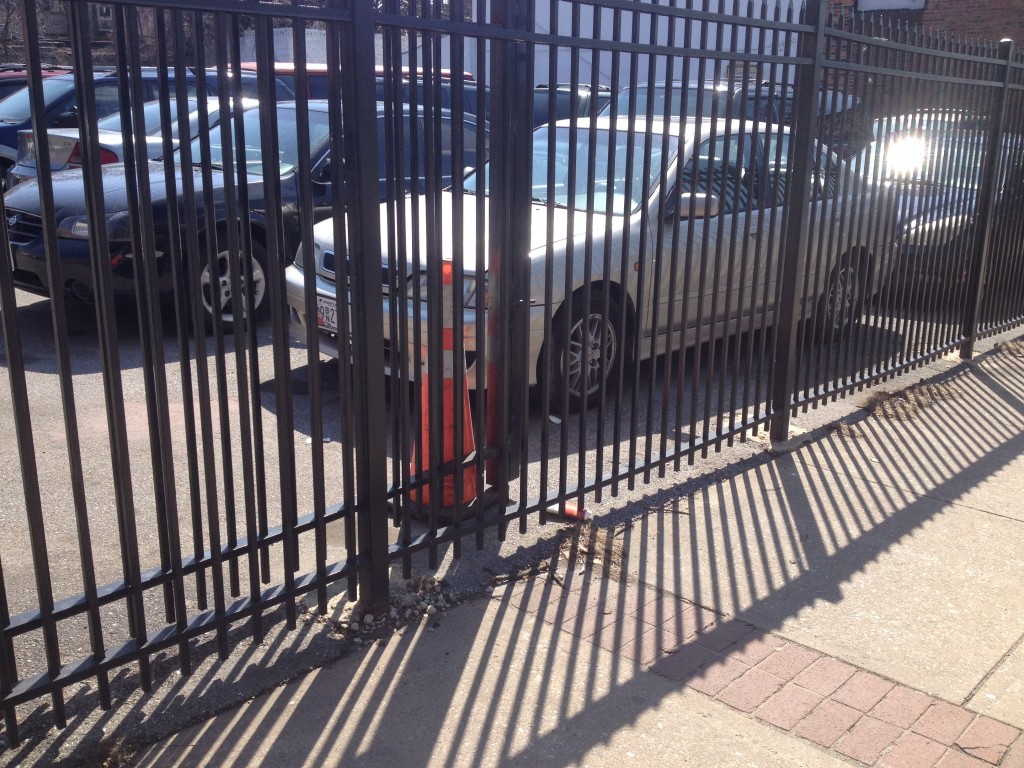 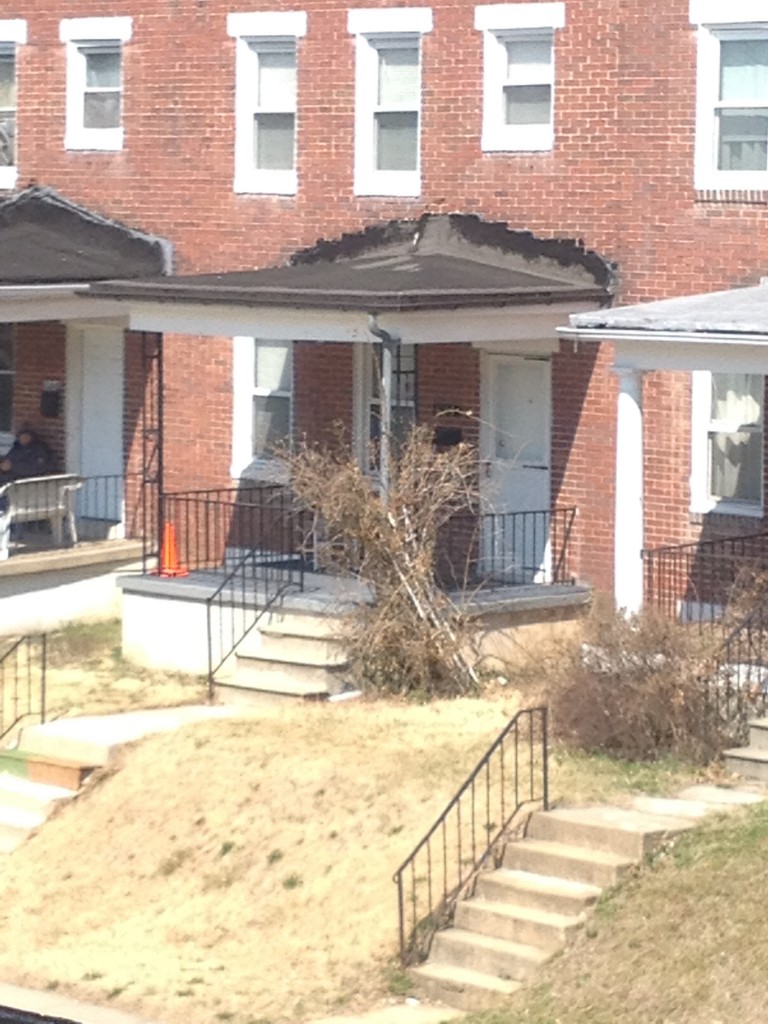 Still life of cone as seen from the blogger’s home. 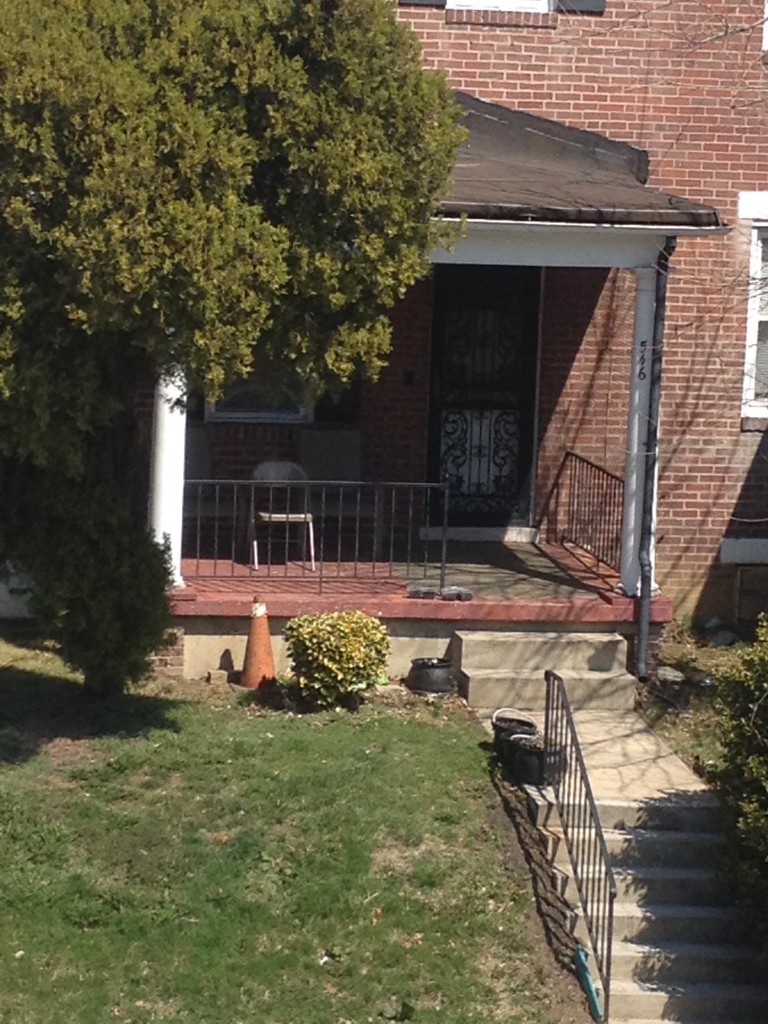 The saddest, ugliest cone of all.

That’s a lot of cones, and it’s just the ones we happened to pass by on a very short trip to run errands near our house on one particular morning. Citywide, there are thousands of cones just laying around on the streets. So what should we do about it? We should start in Helen Holton’s office.

This week WBAL TV’s Jayne Miller reported on Twitter that Councilwoman Holton wants $3000 in public money so that she can take a trip to Hawaii to attend a conference meant for Western US states.

Helen Holton should be absolutely ashamed of herself. Not only that, but she should rectify the situation by channeling that $3000 into something that will make the city appreciably better. Our vote goes to cone removal.

Now, the usual way to get anything done in the city is to call 311. But what are we supposed to do? Report every stray cone one at at time and wait for DPW to come collect them one at a time? Let’s say we bring up the problem to our community association or our own councilwoman: there’s bound to be an unsatisfactory result: a lot of waiting and a long chain of emails that say ‘we’ll look into it’ or ‘we’ll draft a proposal’ or ‘contact BGE or XYZ contractor’ or ‘You can drop off stray cones at such and such locations.’

We’d like to see a more effective approach to problem solving. We recommend taking it back to the William Donald Schaefer do it now! style of governing. Would Mayor Schaefer have cc’ed a few staffers and promised to follow up in the future? Hell no! He’d take Helen Holton’s $3000 and hire someone with a pickup truck to drive around the city every day for a month doing nothing but collecting cones. Pluck them right off people’s goddamn stoops and take them all down to the Fallsway. If there were a single cone left in Waverly at the end of the month Mayor Schaefer would have happily volunteered to wear it as a hat to the next board of estimates meeting.

You can debate the merits of this plan all you want, but at the end of the day any use of $3000 is better than sending Helen Holton to Hawaii. At the end of a month city hall could point to the Fallsway and say; “We’re not perfect but at least we got all the cones off the streets. At least we bothered to do that much.”