Did you know that Baltimore’s annual Small Foods festival and cooking competition took place on the third floor of the H&H building this weekend? Did you know that by annual, we mean tenth anniversary edition? You didn’t? Yeah, well we didn’t know about it either until about an hour before it started. But as it happened we were sitting on the couch thinking about dinner plans at that very moment, and rather than put our names in for a two hour wait at the latest must-try Hampden flavortorium (which one is it this week?) we grabbed a box of wine and made for Whole Gallery where we were treated to a meal fit for a (Lilliputian) king.

We arrived to find almost 200 Bohemian types of various stripes who for the most part seemed as surprised by the event as we were, as we chatted with several first-time attendees most of whom hadn’t heard of the event in previous years or who came in on a whim.

The basic idea is that it’s an open-invite potluck in which everyone brings a miniscule version of their favorite foods to share. There were miniature corndogs an inch long and little grilled cheese sandwiches the size of a crouton. Tiny pancakes and biscuits and gravy, pizza, Mexican… you name it it was there in its tiny version.

As with any Through-the-Looking-Glass type event, everyone won and all must have prizes. Awards were given out for smallest food, most delicious, and most surprising among others. And of course there’s a grand prize winner, who receives a trophy fashioned from a giant can of mini corn. All in all it was a very fun night and we’d definitely go back next year. We might even show off what ‘little’ culinary skill we have with some tiny bowls of soup or miniaturized quiches. 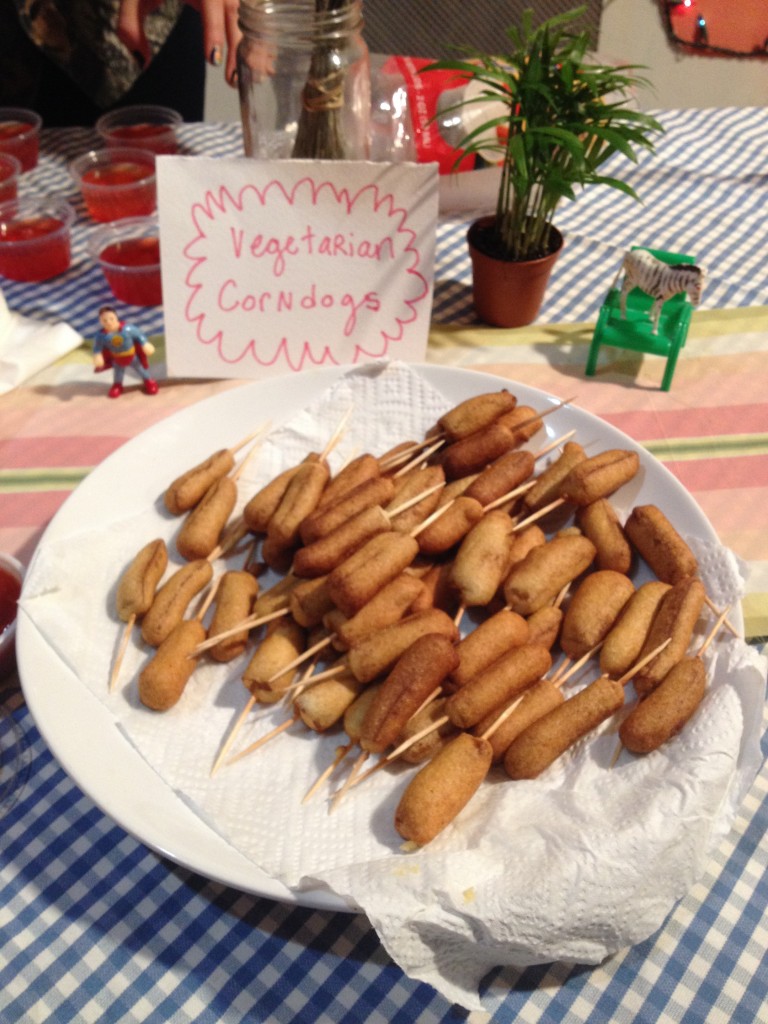 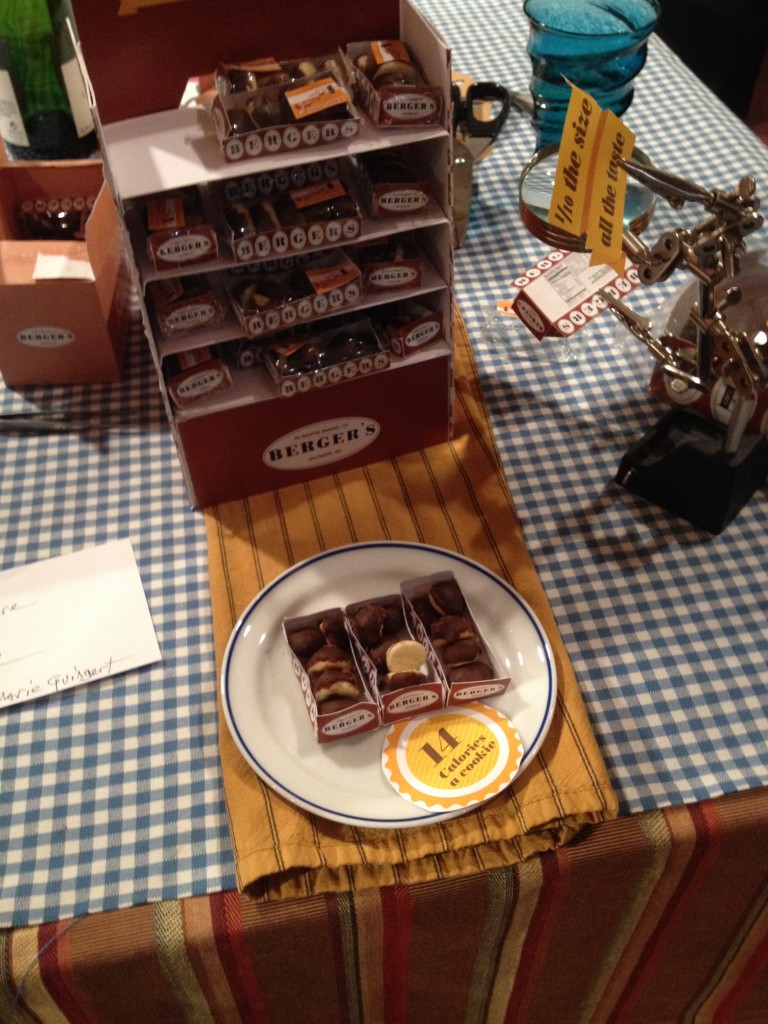 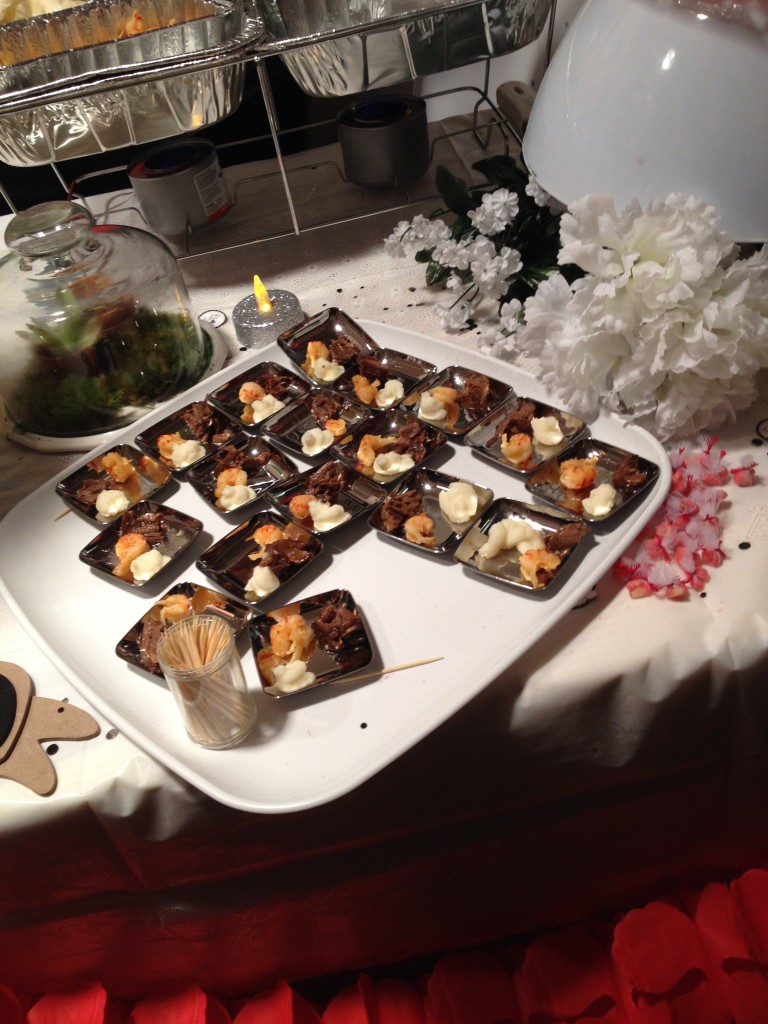 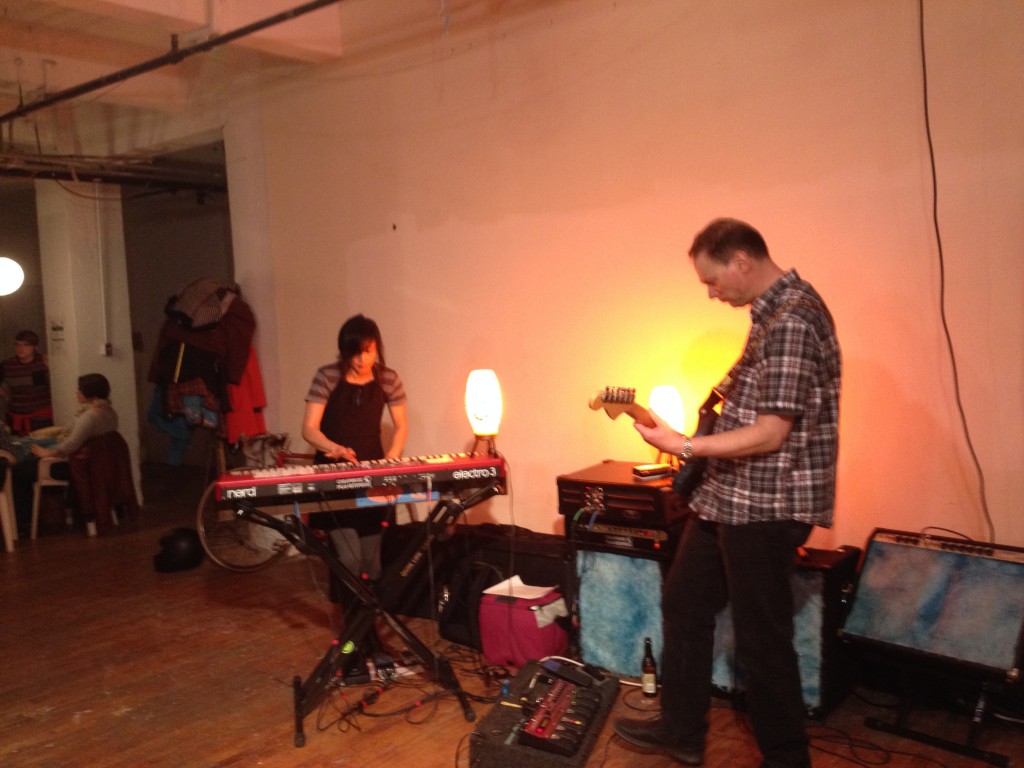 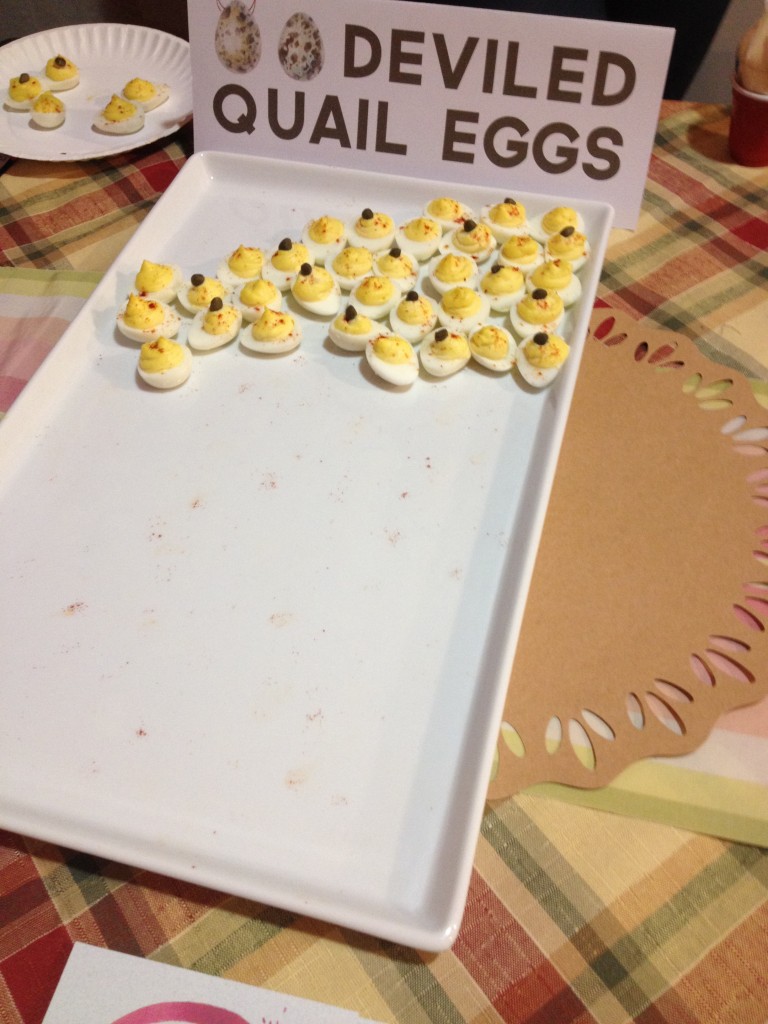 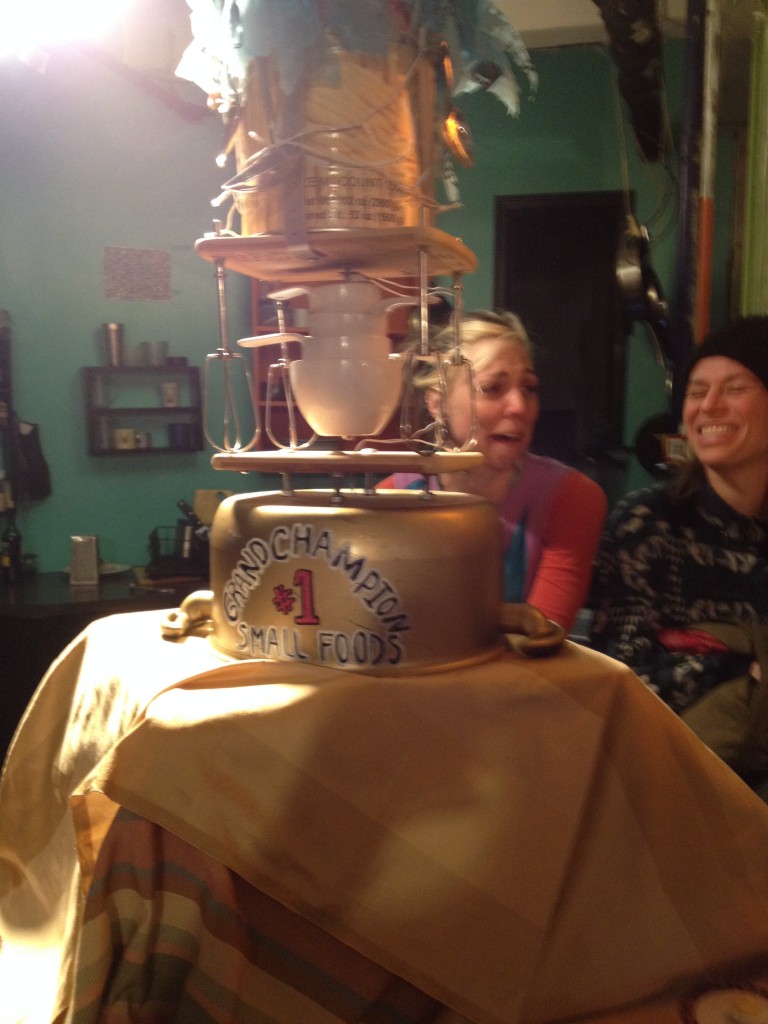 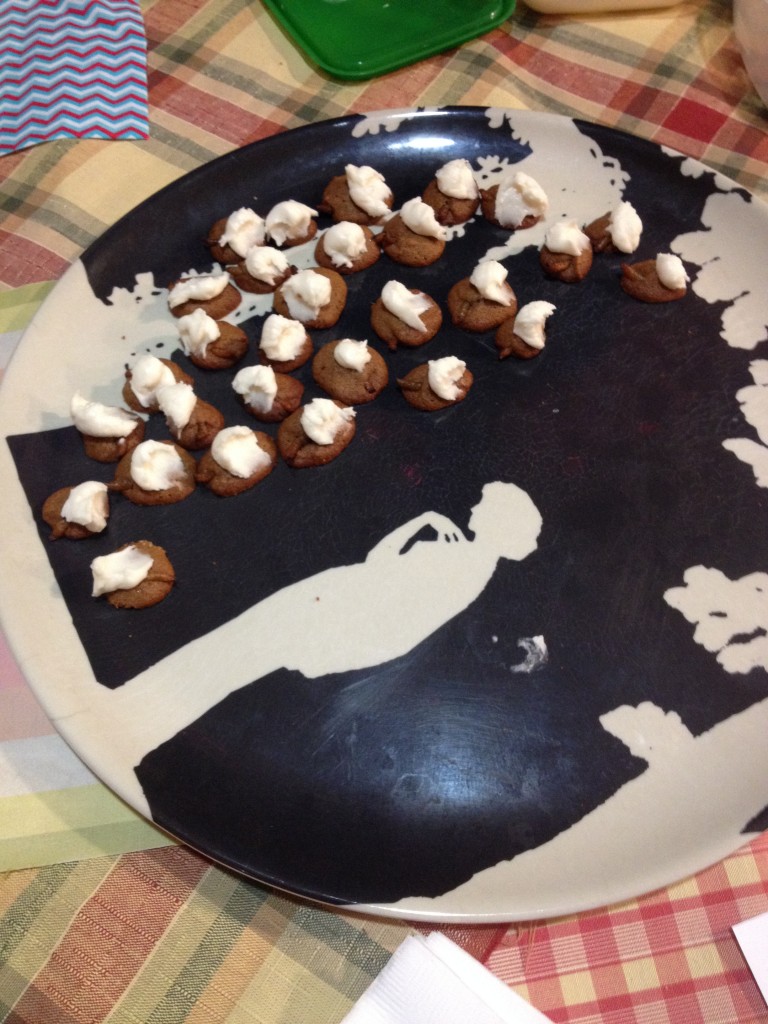