We mentioned in a previous post that we think House of Cards is a very mediocre show. This blog has taken the position that if HOC’s production company is going to blackmail state lawmakers with the threat of leaving Maryland then Annapolis should tell them to go screw. We’ll refer you again to an excellent City Paper piece from that time explaining how film tax credits are a ripoff to governments and represent a national race to the bottom economically.

Now that the session in Annapolis is over the chickens have come home to roost on that one and lawmakers have given in to House of Cards’ extortionary tactics and coughed up $18.5 million for season 3. According to a Sun story this week, $2.5 million of that will come at the expense of state arts programs. That means less money for things like local museums and festivals, and more money for Hollywood producers. So we’re done. We won’t be watching House of Cards anymore. But fortunately for us there’s plenty more to see on Netflix. Let’s have a look at some of it, shall we? 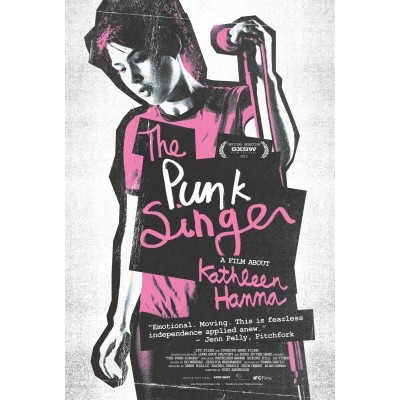 We were very excited when the Punk Singer, a documentary on Bikini Kill/Le Tigre singer Kathleen Hanna popped up in our home screen. It was one of those things we decided to watch immediately, without even adding it to the list. The film itself is interesting and well-made. Twenty years later it should be obvious to anyone that Kathleen Hanna deserves and has attained full-blown Icon Status in the punk community, on par with the likes of Sid Vicious and Darby Crash. Looking back now it’s clear that the work that Bikini Kill contributed was even more important than anyone might have thought at the time.

Unlike Vicious or Crash though, Kathleen is of course still with us and doesn’t get to be seventeen forever. As much as anything this is the story of how Hanna transitioned from amazing-teen-phenom to ordinary-middle-aged-woman. How does the story end for Rebel Girl? She marries a guy in a much more successful band and retreats from rock and activism to live off major label royalties and get treatment for Lyme Disease. The whole thing is sort of depressing. ★ ★ ★ 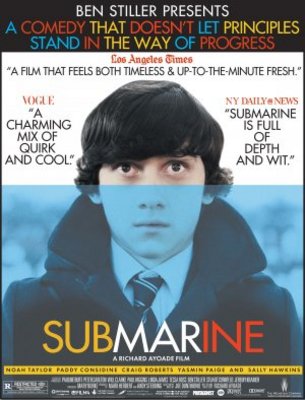 A kid in Wales wants to lay his girlfriend and help save his parents’ marriage. Everyone in this movie is perfectly ordinary and dull, but the movie itself somehow manages not to be. We liked it but we’re not sure why. We understand that that makes for a terrible and unhelpful review but oh well, it’s pretty good is all. ★ ★ ★ 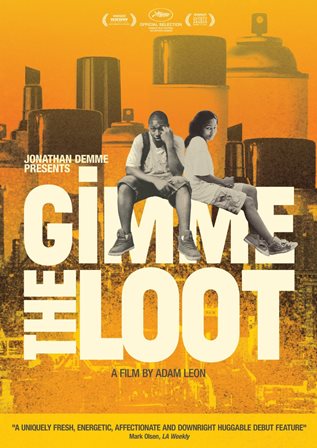 The premise of this movie is that two up and coming graffiti artists want to tag the Mets’ Home Run Apple at Citi Field. The film opens with some sort of public access footage of real graffiti writers talking about tagging the apple in the mid-80′s. So just when you think you’re about to watch the greatest movie ever it gets really boring really quickly. These two kids don’t ever go to Citi Field. Instead they just sell weed and try to scare up a few hundred bucks and the dude has a dopey crush on a yuppie chick. It’s almost like they wanted to make the Kids remake that no one asked for. We’re not sure how this director managed to completely fuck up such a great idea for a movie, but fuck it up he did- and how! ★

On the opposite side of the spectrum is Ed, a complete garbage throwaway comedy for kids that we actually really liked a lot. It’s formulaic Hollywood pablum, to be sure- but it’s about a chimpanzee who plays third base for a minor league ballclub. He was going to be the mascot, you see, but a ballplayer is a ballplayer, ape or no. And the club wants to sell tickets so they give him a contract. That could happen, right? it’s not like he talks or anything! Throughout the picture Matt Leblanc plays second fiddle to the chimp in a role perfectly suited to his acting abilities. ★ ★ ★ ★

Another movie we didn’t expect to like was Nesting. The description makes it sound like one of those lackluster two star indie flicks that Netflix buys on the cheap to play to its main demographic. And it is, we guess. But it’s pretty good nonetheless. Fearing suburbanization and becoming-your-parentsness this dude convinces his wife to squat in the apartment they shared when they were twentysomething PBR hipsters and not thirtysomething Wallpaper Magazine hipsters. If this guy was real he’d be totally punchable and would deserve to have his wife leave him forever in the first reel. But that’s what’s nice about movies, the dickheads in them are often not real. Spoiler alert: he doesn’t get punched and after getting himself and his wife into hot water all his loser friends from the mall go all It’s a Wonderful Life on him. Clarence gets his wings and the landlady’s spoiled teenage daughter gets a cool apartment to live in. A bungalow in the suburbs isn’t so bad after all. ★ ★ ★