You want to go to the Golden West tomorrow. Don’t argue, you know you do. How could you not? It isn’t very often that you get four bands good enough to headline their own shows playing together without being at a giant festival or something but tonight that’s exactly what’s happening. It’s one of those rarefied all killer, no filler shows. 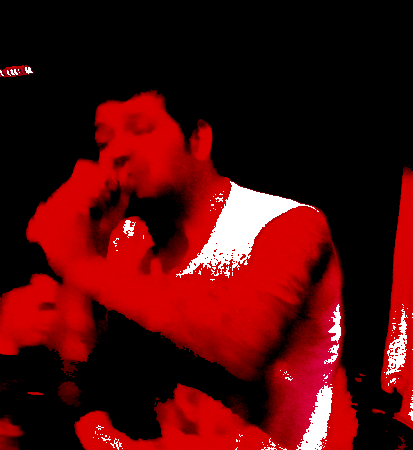 Vaz is bringing their formula of equal parts noise and musicality to Charm City as one of the first stops on a barnstorming tour which has them playing nearly every day in November and takes them all the way from Brooklyn to Tijuana and back.

Multicult is a three piece whose sound is bigger than the sum of their parts. They are very likely the most underrated band in Baltimore and if you haven’t seen them yet you’re missing out badly. They’ve just released what will turn out to be a highly collectible 7″ on Reptilian Records which has been getting back into the game lately with other releases from Sick Weapons and Old Lines. Take a look and see.

Deep Sleep hasn’t been heard from much since guitarist Nick Vance moved to Los Angeles, but despite living on the worst coast Deep Sleep is still a band and has played occasional Baltimore shows, as they will tomorrow. Fortunately for music fans singer Tony Pence has kept busy and we’ve had his new bands WarXGames and Cult Control to fill the void.

And finally Roomrunner is the Roomrunner we all know and love. They were originally billed as the secret surprise band on early flyers so try to act surprised, okay?