Starting today and running through Sunday evening the annual Baltimore Book Festival comes to Charles Street at Mount Vernon Place. And for us the timing could hardly be better. As we gear up to go out to sea we’re going to want to be stocked up on unread books, and trolling through Amazon in ‘just browsing’ mode is a fool’s errand, especially when you can spend those hours browsing titles and meeting authors up and down Charles Street on one of the most pleasant weekends of the year… and not just weatherwise.

But when it comes to browsing books the internet isn’t all bad. The digital universe is giving the printed page a big helping hand at this year’s festival which now has its own smartphone apps for iOS and Android devices. We’ve downloaded ours and we’re sure it’s going to earn its place in the pantheon of the best Baltimore iPhone apps.

For instance, you can mark events as favorites and see at a glance when they’re coming up, even getting notification reminders if you like. And speaking of favorites, here are our favorites for today listed below with descriptions picked from the Book Festival website. See the rest of the weekends events there and be sure to check them out this weekend. 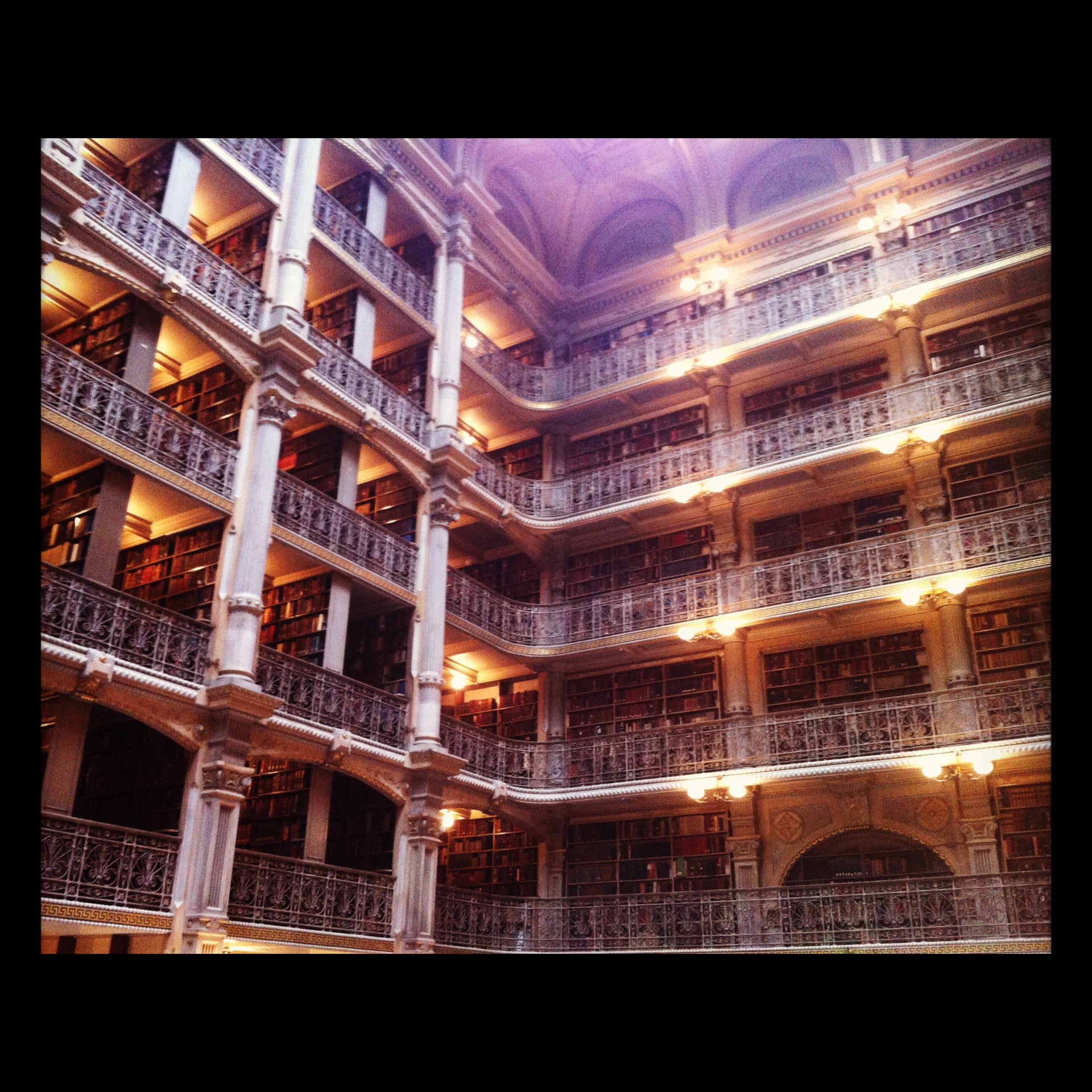 The chance to gawk at the Peabody library is always a highlight of the BBF.

Happy Hour at the Baltimore Book Festival Start your weekend off right and quench your literary thirst at Happy Hour at the Baltimore Book Festival. Join John Holl as he provides insight into your favorite breweries and pub grub pairings; Lee Frank and Rachel Anderson as they reinvent the nacho and everything that goes with it; and Orr Shtuhl as he showcases everyone’s favorite cocktails.

John Holl, The American Craft Beer Cookbook John Holl has visited more than 900 breweries around the world, conducting research for his beer-and-travel books as well as articles for the New York Times, Wall Street Journal, Beer Connoisseur, Beverage World, and many other publications. He has judged beer competitions, regularly lectures on craft beer, and appears often on NBC’s Weekend Today in New York. He is the editor of All About Beer magazine and the host of the Beer Briefing on iHeartRadio.

Literary Happy Hour Swing by the CityLit Stage to chat with CityLit Project staff about Baltimore’s literary arts scene, including the exciting preview-opening of the Poe House in October. Stop at the adjacent Cyclops tent and browse books by CityLit Stage authors as well as an array of books and gifts.

Lee Frank & Rachel Anderson, Ultimate Nachos
Lee Frank and Rachel Anderson have scoured New York City for the best nachos, searched high and low for the greatest guacamole, and celebrated guacamole in style on their Guac Rock Boat Cruises. Their events have been covered in The New Yorker and The New York Post, and on Serious Eats and Eater.com.

Orr Shtuhl, An Illustrated Guide to Cocktails Former speakeasy operator Orr Shtuhl is a writer and drinker (not always in that order) who for three years penned the Beerspotter column for the Washington City Paper. His work has also been featured on NPR and in major daily newspapers. He lives in Brooklyn.

A Look at the Fiction Industry From the Publishing Side Hear what authors who have also been editors have to say about the publishing side of the business. The industry has undergone dramatic changes in recent years, with genre blending, new technologies, and multi-media projects. What are editors and publishers looking for? How does the industry look from their side of the table? Find out what’s new and what’s tried and true.