Most people do the great majority of their supermarket shopping in one store, and usually it’s the store that’s closest to home. We’re not much different, and we tend to stick to Giant for that very reason.

But Giant Food operates two stores in North Baltimore, and lately we’ve found that the one closest to home (on East 33rd Street) is not always the most convenient. If we’re going by bike it is often more convenient to stop by their other location (on West 41st St) while we’re on the way home from the gym. Likewise if we’re renting a car it can also be more convenient to go to 41st St because we probably also want to stop by the Wine Source.

So like a lot of people who live east of one store and west of the other we’ve been going to both stores regularly. And while the stores are mostly similar we couldn’t help notice one major, glaring difference. 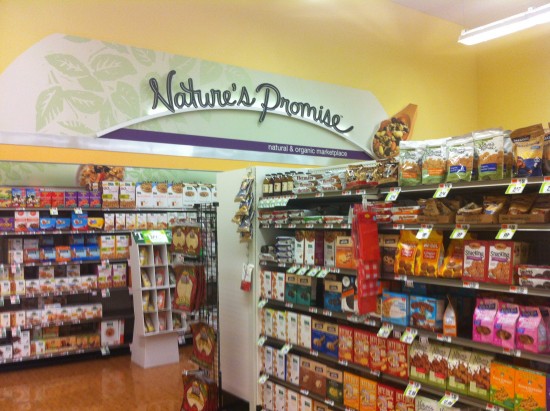 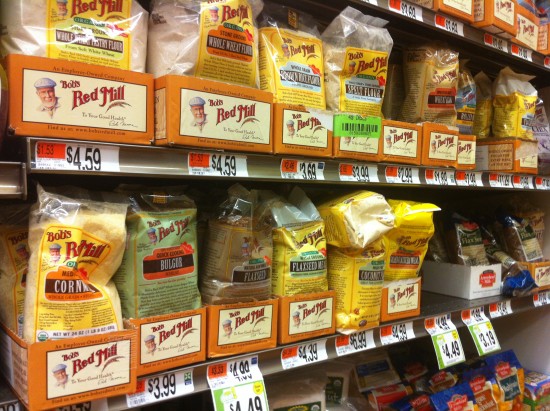 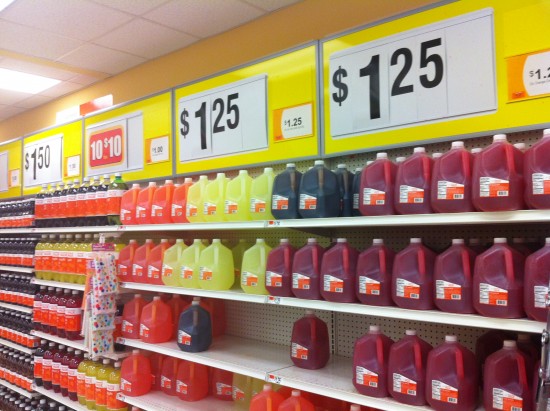 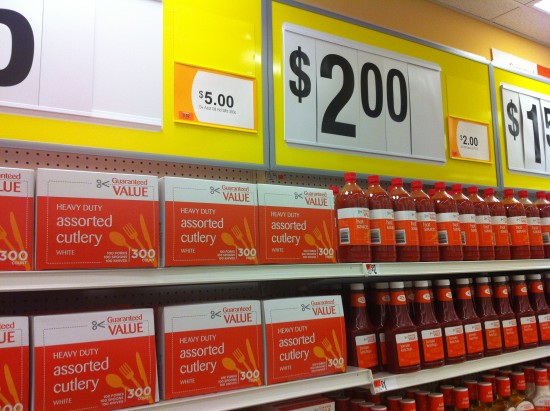 Both Stores have an area near the front of the store which is essentially just extra space that needs to be filled. The 41st St location has done a really nice job of turning this area into a little pop-up health food shop featuring organic foods, specialty products, and fancy brands like Amy’s and Nature’s Promise.

On 33rd St though things couldn’t be more different. This area of the 33rd St store is stacked to the ceiling with the cheapest and most unhealthy products imaginable; generic sodas and sugary drinks and large-scale sizes of snack foods and condiments, mostly unbranded generics.

Besides drawing from a large pool of common customers, each store also serves neighborhoods to the east and west. In the case of 41st st these are historically white neighborhoods. For 33rd St- historically black. While both stores are fairly diverse in both customer base and staff, it’s no secret that on balance one is a lot blacker than the other.

We’re not sure why or how these two sections came to be stocked in this particular way. It could be a result of the individual decisions of in-store managers. But somewhere up the chain, at some level, someone in management must be aware that some stores are a lot nicer than others. (There are some other differences as well, like 41st St including a gourmet olive bar and an expanded produce section.) Giant operates lot of stores throughout Maryland, and we’re willing to bet that this pattern isn’t limited to these two particular stores.