Well, last weekend we went to Nashville because we knew that aside from Scapescape there was going to be fuck-all going on in Baltimore. Now this weekend is here and it’s as if people are coming out of the woodwork to have some fun. There’s no shortage of great stuff happening in town tonight. Here are a few things that caught our attention.

Atomic Books hosts a release party for Book 2 of So Say the Waiters. We told you about book one of Justin Sirois’ So Say the Waiters in a previous post. Tonight marks the release of book 2 in the series, which now is also an actual paper book for those of you still down on e-readers.

The Waiters has been one of Atomic’s biggest sellers since the release of book 1, and the KidnApp phenomenon continues to grow all the time, now even including its own site at getkidnapped.com. Hell, we wouldn’t be surprised if someone got swiped from this event tonight. Perhaps even the author himself???

Plus it is First Fridays in Hampden, which is always a great excuse to do some shopping up and down the avenue and have a beer with some of your favorite local merchants. Speaking of which, Atomic Books’ new bar and bottle shop is officially open now, making this a great place to wind up your wanderings. 7-9 pm. 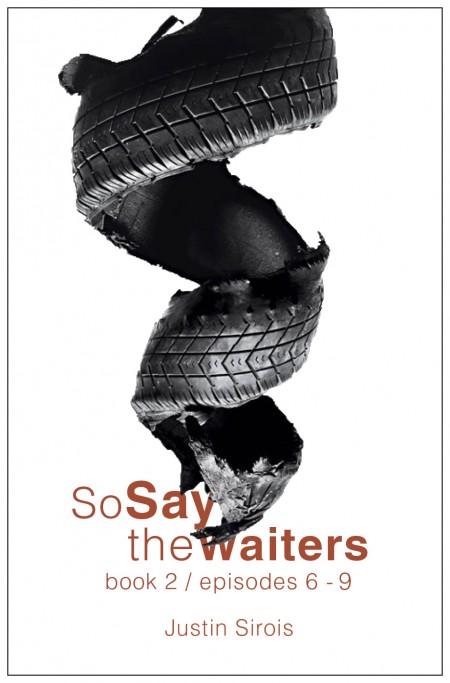 The BMA is presents a free opening of its newest exhibit, Morris Lewis Unveiled. From the BMA Website: “Morris Louis: Unveiled presents more than 25 works, including several large-scale paintings and a number of rarely seen drawings that comprise a recent gift to the BMA from the artist’s widow’s estate. Exhibition highlights include two unusual and exuberantly gestural paintings Silver III, 1953, and Untitled 5-76, 1956 as well as the iconic Dalet Beth ‘veil’ painting.

Born, raised, and educated in Baltimore, Louis became a celebrated originator of the Washington Color School. Related works on paper by Klee, Matisse, Miró, Picasso, and Pollock demonstrate his range of influences.”

Everyman Theater opens its second season in its new home on Fayette Street with Tenessee Williams’ The Glass Menagerie. From their site: “Amanda Wingfield, a faded Southern belle, holds tight to her two children: Tom, an aspiring poet, and Laura, his painfully shy sister. After receiving pressure from his mother, Tom brings home a gentleman caller to meet his sister. What follows is an encounter that becomes one of the most compelling and heartbreaking stories ever told.” 8 pm.

The Creative Alliance pulls together artists from some of Baltimore’s premiere tattoo shops along with the Glenmont Popes, CCRG, and more for INKED. From their site: “Experience a full night of entertainment highlighting the dynamic graphics, creativity, culture and spirit of tattoos in Baltimore. The Patterson will be inked from sidewalk to theater with collaborative art fusion, exterior projections, hot rods, and roller girls. Stripped-down, souped-up rock provided by the Glenmont Popes with front-man Rodney Henry. City Paper photographer Sam Holden opens with the heady, hook rock of his new band Imperial Tramp. 7:30pm Cocktails, 8pm Art Fusion. Adv reg: $12, $7 mbrs. Walk-in: $15, $10 mbrs.”

The Ottobar hosts a CD release party for Baltimore pop-rock group Jaabs featuring the Oranges Band’s Roman Kuebler and War on Women’s Shawna Potter. We had a chance to catch Jaabs when they played with Title Tracks and take it from us, they’re pretty good. Small Sur, Eureka Birds, and Golden Looks round out the bill. 9 pm all ages.

And finally The Holy Underground is the scene of tonight’s Wildhoney EP release party. We named them in our post about new music a while back, and we’re excited to see that new music actually hit the streets. Natural Velvet, Big Christ and Psychic Teens also play. 9 pm.