Perhaps the highest compliment that we can pay to HOLLYWOOD is to say that they’ve always been an underrated band. Sure, we could call them a ‘great’ band and say that they ‘totally rock’ and play an ‘awesome live set.’ That’s all true. But it’s also true of half the bands that played at Merriweather this year. But we didn’t go see any of those bands because great though they may be everyone knows they’re great and it’s not worth driving to the suburbs and paying $60 a ticket and fighting crowds. Those bands are overrated.

But not HOLLYWOOD. Each time we’ve seen them play we’ve enjoyed it very much, and not least because watching them live has always given one the feeling that you’re hip to something special that not a lot of people know about. Even in front of a modest crowd at a HOLLYWOOD show, there are always going to be a few people in the room who are playing with their phones or waiting for the next band and you think How can people not be totally into this? These guys are so good! So yes. This band is underrated. 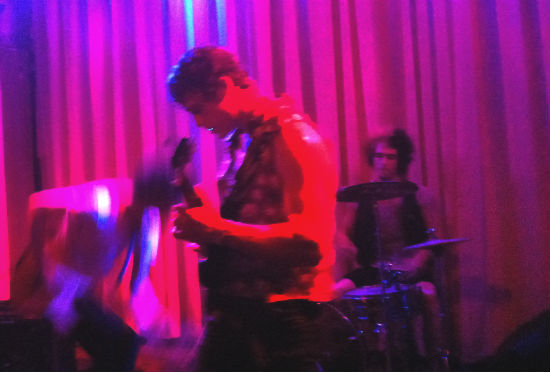 Hard Dads get wound up at Windup tonight. 9 pm.

And if you haven’t given HOLLYWOOD their due in the past, tonight is your last chance to show up to the Windup Space and see them play their final Baltimore area show. Tommy Nash is leaving town and this is his goodbye party.

Tonight’s show also features DJ sets by ex-members of HOLLYWOOD, as well as local trio Hard Dads who we’ve said nice things about before, and whose presence in town softens the blow of the loss of HOLLYWOOD quite a bit. In a post-rock world it takes a big swingin’ dick to be under 40 and put on a leather jacket and play guitar solos. If you happen to need one, Hard Dads will be a great reminder of why you ever liked rock music in the first place.

After all, we live in a world where Nerd Culture has reverted to disco and the music industry is so useless that Get Lucky is the ‘Song of the Summer.’ Fuck that. The song of our Summer is Dumb and Lazy.

But don’t take our word for it: this show features $1 Bohs until 10 pm. Show up early.