Okay, now that that’s done we get to talk about why Harbor Point is a monumental screw-job for the city of Baltimore, being forced through by our mayor, SRB, who is now recognized nationwide as one of the worst mayors in America. 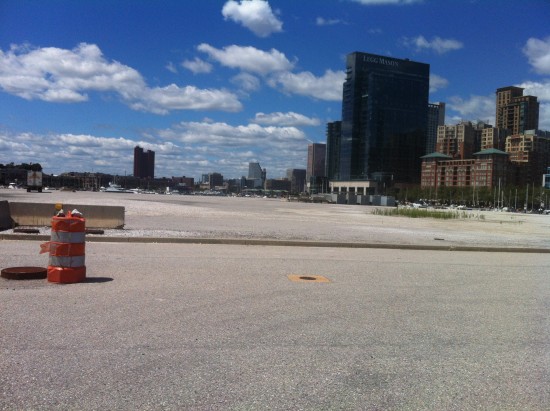 It’s really hard to write about a thing like Harbor Point, especially since it’s a months-old developing story, without either getting very long-winded and journalistic or very belligerent and angry (Guess which one we’re inclined towards). So what we’re going to do here is give some bullet points in no particular order:

Considering that city homeowners now pay a flush tax, a rain tax, and a 40% increase in water bills we don’t think giving away (at least) $400,000,000 to they mayor’s developer buddies is such a good idea. All this talk about Harbor Point being this generation’s Inner Harbor ring completely hollow, and Stephanie Rawlings Blake has zero credibility left.

We signed Paul’s petition because we mean it: we won’t be supporting the mayor or any other candidates who support Harbor Point. In fact, we plan to donate time and money in the next election cycle to see them out of office.

And if you think that signing an online petition is useless, consider what happened recently during a peaceful demonstration for Trayvon Martin: city hall was barricaded and cops were positioned on every corner. By the time you decide to show up to city hall to see a council meeting in person, you may find yourself stuck on the other side of Fayette.