We don’t usually do Weekend Watch or Shortlist type posts here at the Baltimore Chop. We like to leave that kind of thing up to trained professionals like the City Paper and highly skilled amateurs like Showspace, preferring instead to pick favorites and write about what we’re actually doing.

This weekend though, that’s tough. There’s a lot going on and Baltimore being Baltimore, there are always surprises. So if you’re looking for the Chop around town this weekend here’s the list of stuff that caught our attention and which we may or may not actually turn up for. Mostly may. 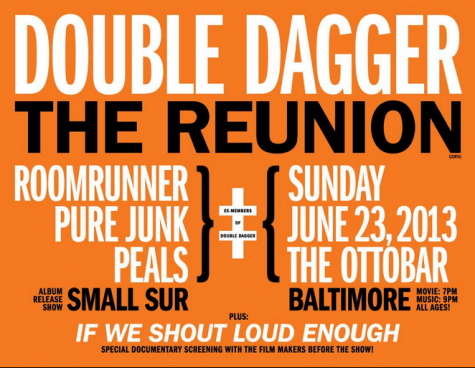 Outdoor movies are a Summer staple here in Charm City, and this year Union Craft Brewing has got in on the act. Every Friday in June they’ve been showing outdoor movies at their brewery in Woodberry and serving up delicious beers. This series is especially nice to have around since all of the other outdoor movie screenings around town don’t begin until July, when the Summer is already 1/3 over. Tonight’s selection is Ferris Bueller’s Day Off, and folks who show up early can pop around to the brand new Union Graze Farmers’ Market.

City Paper is hosting its first ever Fashionable Art Show to celebrate the paper’s inaugural fashion issue. Taking Place at 302 W Fayette from 6-10 pm, the event is part art show, part fashion show, part gigantic happy hour. With a $10 admission and an open bar, it is absolutely impossible to go wrong here.

Speaking of the paper, they wrote recently about new-ish spot Club K on Maryland Avenue and the spate of Japanese bands that Michael Young has been booking in there. Tonight brings Japan’s Tacobonds and Groundcover, along with locals Adam Lempel and the Heartbeats as well as Sexgender, Echo Hey Hello, Natural Velvet and Jeff Carey.

The Sidebar is hosting a classic Sidebar Summer show headlined by local thrashy-rock dudes Radical Discharge and featuring our pick for Band of the Summer Hard Dads with Asylum and Merge Records’ Barren Girls.

Charm City Craft Mafia brings its annual Pile of Craft to the 2640 Space. it gets bigger and better every year and is always worth a look-see.

Tomorrow night Frazier’s on the Avenue hosts one of its all too infrequent punk rock shows bringing in Dope Body, Whoarfrost, Clock, and Mount Royal.

You can pretty much park your ass at the Ottobar all day Sunday. They’ll be projecting the O’s game on the big screen at 1:05, along with crabs and beer.

Sunday evening brings the long-awaited Double Dagger non-reunion to the Ottobar when Roomrunner, Pure Junk and Peals Share the stage with Small Sur. We guess there’s going to be a lot less stage diving than the last time these guys were all in the bar on the same night. There will also be a screening of the documentaryIf We Shout Loud Enough about the last days of Double Dagger before the show.

Upstairs at night and running concurrently is a free show featuring Burger Records’ Juniper Rising and Adam Lempel and the Heartbeats with Dj’s Nolen Strals and Jess Morgan.

For those seeking to keep it a little more low-key, there’s a screening of the Goonies at Golden West at 9 pm along with late-night happy hour specials.

Finally, we usually puke all over reunions on this blog but not even a jaded old fuck like the Chop can poo-poo the fact that Man or Astro-Man is back together and playing shows. They’ll be at the Black Cat on the main stage tonight and if it weren’t for Sunday funday at the Ottobar we’d be sorely tempted to get a zipcar and drive down there.