We should probably use this space to give a very thoughtful and considered review of Roomrunner’s long anticipated Ideal Cities LP, which was released yesterday on Fan Death Records. At this point it would behoove us to give you a full background of the band and a proper context in which to listen to what is bound to be an outstanding record.

Tonight Roomrunner will give the record a proper launch at Metro Gallery before embarking on the usual Summer tour circuit to peddle their wares up and down the East Coast. They’ll be sharing the stage with Austin’s distorto-psych-pop powerhouse Ringo Deathstarr, as well as getting local support from Charm City talent Wildhoney and fellow bunge-rock banshees Hive Bent.

But since we already said something nice about these bands last week we’re just going to use this space to be a whiny blogmonster instead. 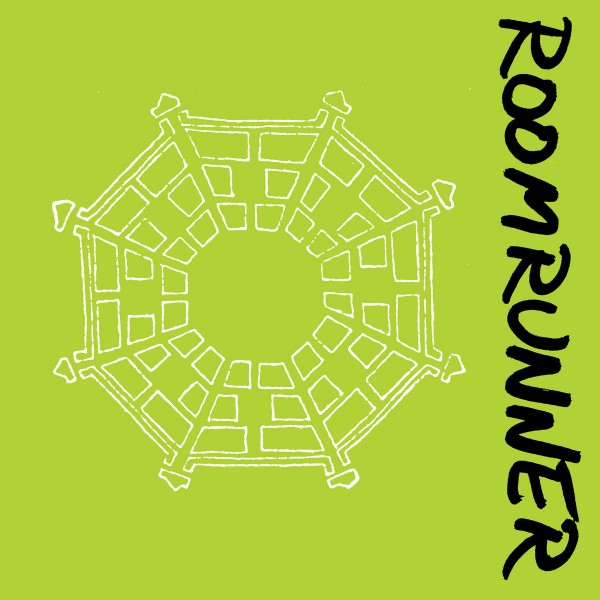 It is entirely possible that Ideal Cities is the last CD that we will ever buy. In fact we really hope that’s the case. For several years now our entire CD collection has sat untouched in a plastic bin in the Chophouse basement doing nothing but collecting dust and taking up space. We would be glad to get rid of them except that at this point they’re pretty much worthless. We’d be lucky to get ten cents apiece for them.

The digital age has arrived. We’re smack in the middle of it. Sales of digital music have already surpassed CD’s, which saw their peak in 2011 and have been declining ever since. We’ve reached a point now where auto manufacturers across the board are declining to include CD players in current models, including (and sometimes especially) low-end models like the Chevy Sonic and Kia Soul. Once the current fleet of cars on the road with CD players drives itself into attrition the compact disc will be fully, completely and officially dead.

Our favorite record store Celebrated Summer has recently been successful enough to expand into a new space and increase its size many times over, and this not long after making the decision to stop carrying CD’s altogether. Other area shops have seen steady growth in the size of their vinyl sections in recent years as well, and it’s not hard to imagine a time in the not-too-distant future when we all wake up and log on to the internet to find an article about the last CD pressed for sale in the US. (The first was Billy Joel’s 52nd St. and if we’re guessing right the last will probably be Now That’s What I Call Music! 69.)

Which brings us back to Roomrunner. Knowing the record was being released on Tuesday, we woke up and went straight to the Fan Death site to buy a download of it. But Uh oh! Spaghetti-O! it’s not there. The site still features LP pre-orders only. Neither is it on Roomrunner’s Bandcamp, Soundcloud or on iTunes. So as somebody who wants a digital-only copy of it and who wants to pay good money to buy it legally, we’re shit out of luck.

We can’t blame the band for this, and we can only partially fault Fan Death. We’re sure they’ll get their web store updated soon, but this one little example is reflective of the entire music industry and how they need to get their shit together tout suite if they want to keep making money and, you know… surviving. The surge in vinyl’s popularity is all well and good but personally we’re never going back to it, and we can’t imagine we’re alone. While it’s true that there are large percentage increases every year in the number of turntables sold, those percentages are based on relatively tiny hard numbers and there is certainly a ceiling to be run up against.

Companies as large as Universal and labels as small as Fan Death haven’t quite figured out a good way to solve the problem of consumers who are no longer buying CD’s but won’t be transitioning back to vinyl. Here too, Roomrunner presents a good example. Last week the band let Spin Magazine stream Ideal Cities online and it wasn’t long before it was leaked into Spotify and the more nefarious parts of the Web. We certainly understand the need to protect digital music and minimize piracy, but it needs to be done in such a way that balances that goal with the huge legitimate market demand for digital-only music.

As of right now there are very few guidelines or precedents in place for how much of a particular artist’s catalog should be made available for streaming, and when, relative to release date, streams should stay up. A full album’s stream is its own best advertisement, but keeping a stream live online forever presents little inducement to make an actual purchase.

And when it is time to make that purchase, it’s still hard to know where to do it. If you’re searching for something with the biggest suppliers like Amazon and iTunes and they haven’t got it they won’t point you to where it is, they’ll simply suggest you buy something they do have. Buying directly from a label or from an artist’s Bandcamp site (and please for the love of Iggy Pop if you’re in a band get the fuck off Facebook and onto Bandcamp) is a great option but not all bands and labels are up to speed. And as far as traditional retail middlemen go, they’re all brick and mortar relics with websites that are stuck in 1995.

When consumers are searching for a product online, that’s the time when they’re ready to buy. To make them wait or to refuse to be found is to lose sales and leave money on the table.

So we’re going to go to the show tonight and buy a CD. Even though we’d rather just buy a download code in a nice little sealed envelope or a gift card good for the Fan Death site where we could then download the record. One thing we’re simply not willing to do is buy a 12″ LP just to take advantage of the download code inside and then be stuck with it collecting dust on a shelf somewhere.

And don’t even get us started on cassettes.

Updated: A few hours after this post was published, Ideal Cities became available for download on Roomrunner’s Bandcamp Site. We’d like to thank them and Fan Death for not forcing us to buy a CD.