We’re not going to go into detail about the parade, festival, events, afterparties and everything else. You can check out baltimorepride.org if you want to know about that.

What we are going to do is partake in one of Baltimore’s all time favorite games, Gay Bingo. We’ve made our own bingo card, which you can print out and take with you to Pride. Be the first to mark off 5 consecutive squares and, ummm, maybe someone will buy you a drink or something… 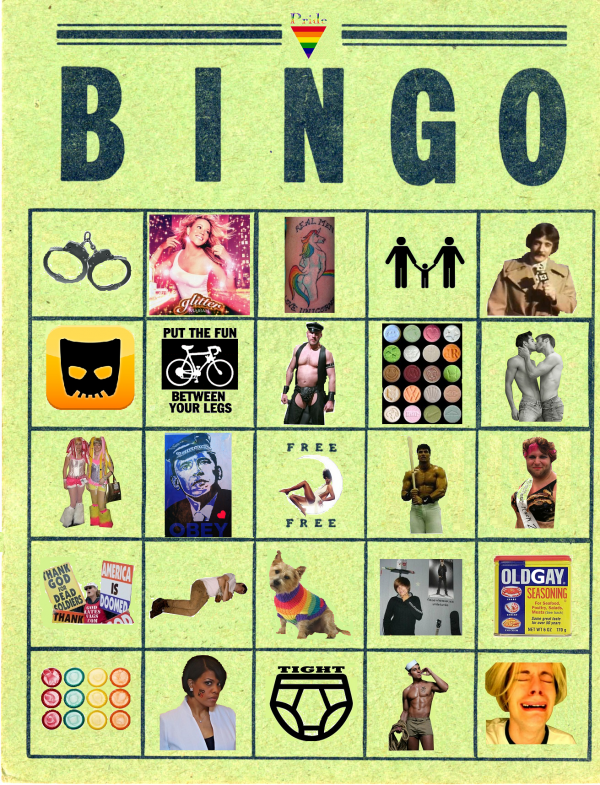