Once upon a time, we mocked and derided Twitter mercilessly. Then we got a blog and joined Twitter and realized that OH! this is actually pretty awesome. Not only does it drive blog traffic, but it lets us know about almost everything way before everyone else- from a simple traffic jam to the death of Osama bin Laden.

There’s still a lot of tweeting to make fun of. Justin Bieber is still a thing. Rhianna and Chris Brown and Ashton Kutcher are still the emblematic faces of that website. The thing about Twitter though is that people use it in many different ways. The way that we use it focuses almost exclusively on real people in Baltimore. It’s been very satifying to us to use “social media” to actually be social, not to track sports and celebrities or be marketed to by everyone from international brands to corner cafes. Our Twitter feed has become a part of our daily life, and we wouldn’t want to go back to a time before we had it. 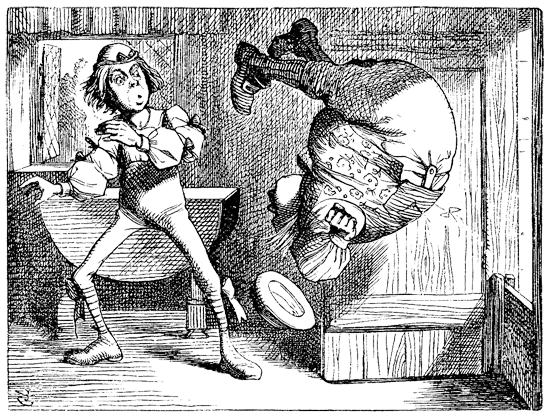 A visual approximation of the Chop Tumbling.

Since we quit Facebook recently, we’ve had a little more time on our hands. You might think that we’d set out to do something noble like read more books or do some volunteer work or something. Instead, we’ve joined Tumblr.

Without Facebook, our sense of internet fatigue has dropped dramatically in the last few weeks, so now is as good a time as ever to jump feet first into the Reblogging Society. We’ve given Tumblr a couple of chances in the past and hated it, but it could be that we’ve finally figured out how, exactly, to use it.

The main way we plan to use Tumblr is not as a blogging service. It’s a piss poor blogging service. It’s also a piss poor social network, and there’s no chance we’ll be able to engage with people there the same way we do on Twitter. What Tumblr is really, really good at though, is being a discovery engine for established media. We don’t RSS the Atlantic and Mother Jones and Vice and the Fader, but now we’ll follow them on Tumblr, and when they post an interesting headline we’ll be a lot more likely to catch it than if we were waiting for someone else to share it on Facebook or Twitter.

On the other hand, we produce content on this blog. We’ve been looking for a way to get that content in front of some new eyeballs, and Tumblr may end up being a good way to do that, without investing all too much time and energy. It can be hard to get a link retweeted, but make that link a black and white vintage Tumblr photo and people are all too happy to re-blog it.

If you’re on Tumblr, feel free to follow us at thebaltimorechop.tumblr.com. We’re not quite up to speed yet, but soon we’ll be posting each day’s photo, along with a link to that day’s post. If you’ve got any sage Tumblr advice or words of wisdom for us, let us know about it in the comments.