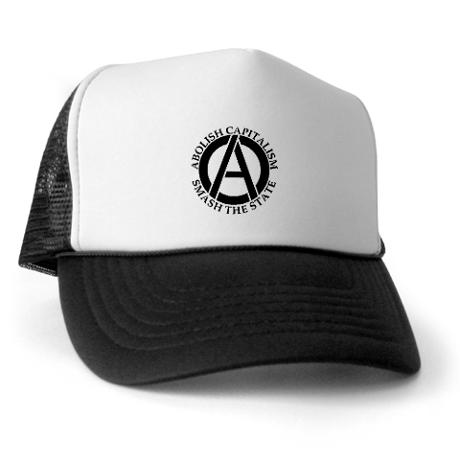 If Occupy Oakland had their way, this would be the new A's logo.

It’s a Tuesday home game today and that means it’s Ollie’s Bargain Night. All upper deck seats at the Yard tonight are $10, which is the cheapest you’ll ever get a ticket for a so-called “prime” game.

If you’re like us, you scoff at prime games and laugh a little at the idea of charging Yankee and Red Sox fans extra and are happy to watch on TV and wait for the next homestand to buy tickets. If the Orioles are serious about luring back hometown fans for division series’ we’d like to see them go as far as the Nationals did recently, banning out-of-state group sales and offering a pair of free tickets to anyone who buys a pair of tickets to a Phillies game.

Until they do though, we here in Charm City should count our blessings. New Yorkers and Bostonians may be a bit abrasive, but as we’ve said before it could be worse…

The Oakland Athletics. It’s hard to find a proper A’s fan anywhere outside the Bay Area. Partially that has to do with simple geography, but mostly it’s because the Athletics suck out loud. They suck so badly that they had to invent a whole new field of mathematics just to quantify how terrible they were and how to get better without any talent or money.

Oakland may be short on fans, but one thing the city has in spades is left-wing troublemakers. If they showed up in the same numbers as Yankee fans it wouldn’t be a baseball game, it would be a full-on Occupation. The jerseys and caps of normal fans would be replaced by the flags and banners of Occupy Oakland, The New Black Panther Party, Code Pink, Earth First! Black Bloc, Wobblies, and every other manner of unwashed rabble with its own ideological manifesto in hand.

Of course, you wouldn’t have to worry about Oakland people taking all the best seats since their goal would clearly be to occupy the playing field itself and force a shut-down of the game. On the bright side, it would be interesting to see if the Orioles’ new brigade of on-field security are up to the task of beating, macing, tear-gassing and fire-bombing them like the mayor of Oakland did.

If we ever needed to ‘Protect the Yard,’ we need to protect it against the Athletics. Given its own way, Occupy Oakland would make sure the starting lineup was proportionally representative of gender-queers, black Muslims and blind-midget-Bolivians. Admission to the ballgame would be free for all, but the National Anthem would be replaced by a 20 minute Noam Chomsky lecture. The Patriarichal PA system would be demolished and all players would be announced by the human microphone. The balls themselves would be made by the crafts committee, and the bats would be organic fair-trade Indonesian sustainable bamboo. There would be a collectivist farm growing in right field and hot dogs would be replaced by roasted parsnips. Players would not run the bases individually, but instead would march around them together in solidarity.

We can’t let that happen, Baltimore. Peter Angelos may be a greedy capitalist pig and all, but he sure beats the alternative. The next time you see a pack of Jeter jerseys walking down Pratt Street, just be glad that they’re not carrying bullhorns, sleeping bags, and tents.