Maybe the closest to Zen thought that a lot of us ever get on a regular basis is to ponder the question “Is Punk dead, or is Punk not dead?” It’s a real tree falling in the forest kind of thing. Punks have been asking that question in one form or another for thirty years now, and have arrived at every possible conclusion. Even someone as up-the-punx as we are sometimes has our doubts about how alive Punk actually is when we see old bands trotting around the country on yet another reunion tour.

We also have to check ourselves when we end up at shows featuring bands like Lower Dens and Celebration. They’re great bands, to be sure, but not punk bands.

Tonight we’re going to go see some punk bands. Tonight we’re absolutely sure that Punk’s not dead, because if it was then the Charm City Art Space wouldn’t be putting on a good old fashioned Summertime bands-buds-and-bollocks punk rock show, which is exactly what they’re doing tonight. 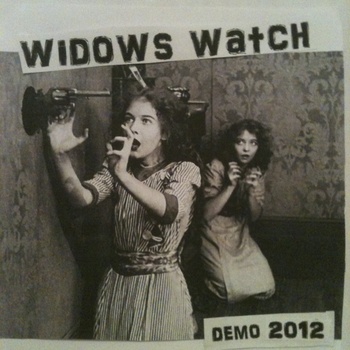 Widows Watch plays CCAS tonight. Click below to hear the third track from their demo, Everything Has a Name.

CCAS’ own house-band Dead Mechanical headlines tonight. We never get tired of watching these guys and for good reason: Addict Rhythms solidified their place at the top of the Baltimore punk heap. They gotta watch though, the crown ain’t safe.

The watch they need to be watching is Widow’s Watch. We saw these guys last month when they opened up for Deep Sleep at the Art Space, and walked away duly impressed. They just got started this Spring, but that’s the thing about dudes in their 30′s that start bands… they get up to speed real quick. These guys used to be in bands like the Pee Tanks, Gamma Rays, and Chernobyl Kids among others, so what do you expect? That they wouldn’t totally rule???

Kind of easy to see a band like that coming. What we didn’t see coming was Westminster trio Dartagnan. When a band is ten years younger and lives in basements, they tend to stay under the radar, you know? Apparently, we weren’t the only one that didn’t see them coming but when we landed on their Bandcamp site it didn’t take long for us to say “Oh shit these guys are for real!” Their 6 song ep Breadwinner sounds like some of the best stuff from the No Idea catalog; Gunmoll, the Tim Version, Unitas, et al.

Also hard to see coming is tonight’s sole touring act, Arms Aloft. Hard to see anything in Eau Claire, Wisconsin. Is that even a real place? Is there anything there except trees and cheese and shit? Apparently there is… punk rock. Musically, these guys fit right in with the Charm City locals. They are likewise for real, and who knows? If they keep driving vans around the country they could end up being as beloved in Baltimore as another Wisconsin import: Natty Boh.