Sometimes writing blog posts about bands is easy. Sometimes you know the band well and they’ve been doing some interesting things and there’s a natural angle to take and the post writes itself. Sometimes it’s pretty hard. Occasionally there’s nothing to say about a band except ‘hey, they’re playing and they’re pretty good.’ And sometimes, you don’t even bother to write much of anything.

There’s not much we can say about Lower Dens that hasn’t already been said recently by better writers than we are. They were featured on NPR’s First Listen two weeks ago, and were the subject of a City Paper cover story last week that gave all the details of what the hell happened since the last time we posted about them. 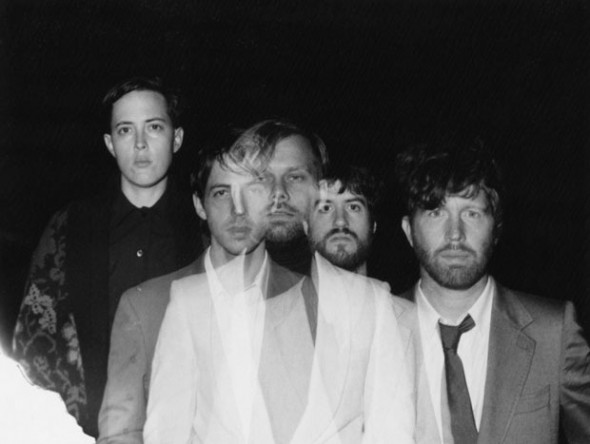 Lower Dens returns to the Ottobar tomorrow. Click below to hear the track 'Brains' from the new LP Nootropics.

It’s been about a year since they lost a guitarist and canceled an Ottobar show at the last minute. Tomorrow they’re back at the bar along with local favorites Celebration, as well as Brooklyn’s Violens and a band called Sprayer, whose name is so vague we’re not even going to bother Googling them.

Maybe the only thing left we have to add about this show that hasn’t been said is so obvious that it doesn’t need to be said at all. We’re going to say it anyway: If you’re going to go, get there on time, because there is a 100% chance this show will sell out.