Maybe it has to do with the coming of Spring and the warming of the weather lately. Maybe it has to do with us waking up earlier and actually leaving the house before happy hour once in a while. Maybe it’s just a natural rise in general douchebaggery. For whatever reason, we’ve seen way too many people doing yoga in the streets of Baltimore lately.

Don’t get us wrong, we’ve got no problem at all with yoga. This blog is decidedly pro-yoga. If you do yoga, hey, good for you. It promotes health and fitness and it can be a nice social activity and it sustains several small businesses and it’s fine and dandy… until you bring it into the street. 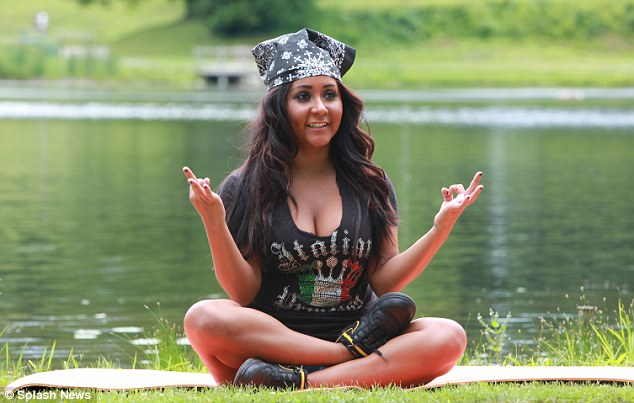 When you do yoga in public you look exactly like this. Yes, YOU.

Listen yoga people: when we see you downtown on the edge of the water standing on one foot welcoming the dawn and chanting mantras, it’s all we can do not to shove you into the harbor. It’s gauche. You look like an asshole. You are an asshole.

We’re serious here. Aside from being a fitness activity, yoga has a lot of religious and spiritual connotations associated with it, and when you flaunt that in such a public way you’re attempting to place yourself above everyone else around you. You’re no better than the end-of-days proselytizer in the busy intersection or the Mormons going door to door. There’s a reason people go to churches to pray. There’s a reason yoga is done in studios. How dare you wave your enlightenment in our faces? What about the rest of us? Haven’t we got the right to be unenlightened jerks? Of course we do. We’re Baltimoreans; it’s what we do best.

We understand why you do it. There are some beautiful views along the waterfront. Problem is, when we’re trying to devour a giant burrito at lunchtime or even just sit around and contemplate the world in our own secular, non-spiritual way, the rest of us are trying to enjoy those views too. It would be nice if we could do it without being distracted by your Lulu Lemons and your smug self-satisfaction.

It’s bad enough we’ve got showoff-y joggers in the way all the time. Keep the yoga in the studio.