Hi David Sedaris. Welcome to Baltimore. We hope it’s nice and sunny today and you can walk around the Inner Harbor and get a crabcake for lunch and maybe even do some antiques shopping and sneak into Jay’s on Read for a drink after the show. Oh and we hope the show goes really well. We hope you bring down the roof in front of a packed house. But we’ll have to read about it online the next day, because there’s no way in hell we’re going to see your show.

The Chop has a bone to pick with you, David Sedaris. That bone is this: You’re a one-trick pony. 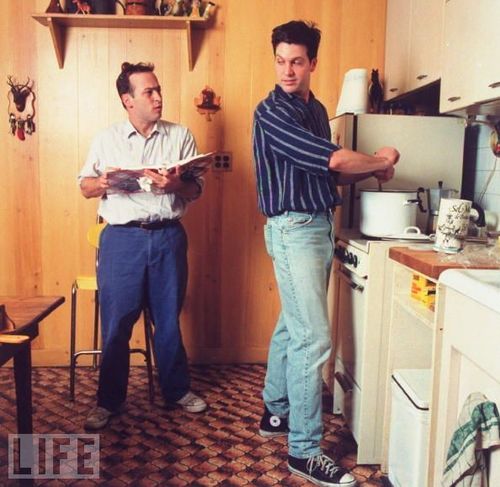 The Santaland Diaries was great. A masterpiece, even. The problem, David, is that that was 1992 and you haven’t come too far since then. Let’s face it: you leaned on the Santaland Diaries pretty hard, republishing that story multiple times, and it was so successful that you got it into your head that you could make a nice little career on nothing more than writing and talking about the experience of being David Sedaris.

And it worked. And it still works, because you’re still selling books. But those books are becoming increasingly dull and predictable. It was one thing to read about the David Sedaris who worked odd jobs and couldn’t get laid and had delusions of grandeur. That was funny. It was endearing. it was interesting.

Now all you offer your readers is David Sedaris the famous author, who has no job and can get laid (by your boring permanent partner) and is no longer delusional… just grandiose. We don’t care about your cottage in France or first class seats on the airplane or your sabbatical in Tokyo because you want to quit smoking. Fuck you, dude. The best part of your work was always the clear, relatable struggle of feeling exceptional in a very average existence.

Now that your own existence has become exceptional, you’ve been so long in the rut of writing about yourself that you don’t know how to write anything else (except that book about chipmunks that flopped and that we didn’t read and that was probably really about you anyway). You’ve even single-handedly legitimized and popularized this whole genre of the humorous personal essay as literature. We just this year got around to reading Augusten Burroughs and you know what? He’s even more boring than you are now. Hope you’re happy.

So we won’t be paying ninety bucks to see you at the Meyerhoff tonight. We already know what you’re going to say. We’ve heard and read it all before. It’s a yawn. Wake us up when Dave Eggers comes to town.