We don’t often blog about food. Even though the Chop is actually a very good cook, it’s just not something we enjoy talking about too much, let alone reading about and writing about online. But in Israel recently we discovered Shakshouka, which is just too incredibly life-changing not to share on the blog.

We’re already on the record as being very much in favor of brunch, but we had to go halfway around the world to finally track down the perfect brunch dish. Now that we’ve found it though, we fully intend to start making it here at the Chophouse just about every weekend, as well as telling any local chefs who will listen that they need to add shakshouka to their brunch menus immediately! 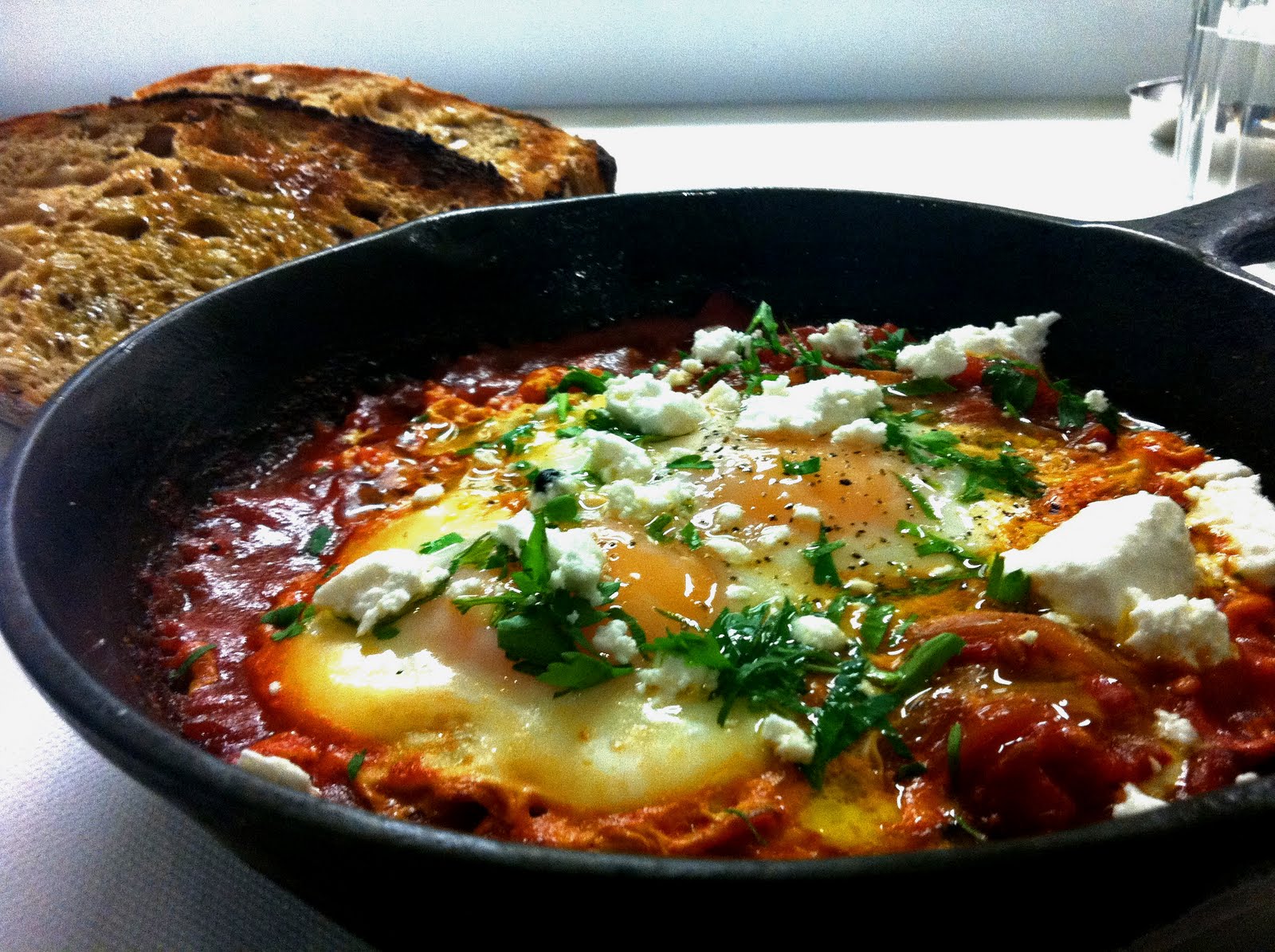 Basically, it is what it looks like in the picture: eggs poached in tomato sauce and served in a skillet with bread on the side. That may not sound particularly life-changing at first blush, but again we say look at the picture. How do you not want to eat that? You’re probably drooling all over your keyboard right now.

Virtually unheard of here at home, shakshouka is ubiquitous throughout Israel, and with good reason. While we typically associate eggs and toast with breakfast, this dish also combines the savory and sometimes spicy sauce with cheeses and vegetables that are typically served in lunch and dinner entrees which not only makes it the perfect solution for brunch, but allows the Israelis to enjoy it all day and all night.

One of the chief virtues of this incredible dish is the variety of ways it can be prepared. Most cafe menus boast at least three or four different versions, often including stuff like eggplant, peppers, olives, mushrooms, onions, and a variety of cheeses. They also feature several choices of bread, meaning that there are literally thousands of ways to prepare shakshouka. If you’re cooking at home, you’ve never got to eat the same one twice.

Also good news for the home cook: this dish is almost impossible to screw up too badly. As long as you don’t absolutely burn the hell out of it, it will turn out delicious every time.

There are many, many recipes you can Google, but don’t be thrown off: most of them call for cooking down tomatoes and peppers from scratch, but that’s mostly because food bloggers are a precious and persnickety sort of people who like to show off. You can just get the chunkiest jar of pasta sauce you can find and use that, which is a big selling point on a hungover Sunday morning… you heat the sauce in the skillet and put in the eggs and pop the whole thing in the oven with some bread for a few minutes. What could be easier than that? While it cooks, you can even pour yourself one of our favorite brunch cocktails. L’Chaim!