In addition to our visit to Israel, we also spent a good deal of time in the city of Mersin in Turkey. It’s a mysterious and unique place, to be sure. And it doesn’t matter how much time you spend there… you will never get this song out of your head.

It’s a big, modern city that buzzes with activity all day: and then just shuts down. There’s no nightlife to speak of. The few bars that do exist are crummy little tiny rooms with shitty beer and old Turks who give you the stinkeye. Or Kurds who want to talk politics, which is a scary proposition because it could end with you bleeding to death in a dumpster somewhere.

There are two defining characteristics in Mersin that will always stick out in our mind- the horrible, incredibly thick blanket of smog that settles over the city nightly, and the fact that the whole city of a million plus people is basically just the background animation of a cartoon. There’s a Kebab shop, a bodega, a barber, a cell phone store, a dress shop and a sweets store. Then you cross to the next block and it looks exactly the same. You can walk for miles and miles and the background repeats itself every 50 meters.

There’s also not a hell of a lot to photograph. We did find quite a few typically Turkish things though, that aren’t just the stuff of books and movies. Here’s what we came back with… (Again, click twice for large images.)

This is Ataturk. Ataturk is EVERYWHERE. He's like George Washington, Mickey Mantle, and Justin Bieber combined.

A view of one of the main boulevards. 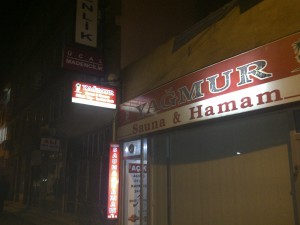 The Turkish Bath is a real thing, even in the year 2012. We did not venture inside. 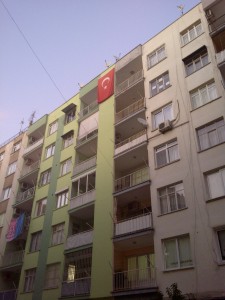 A typical Turkish apartment block. There are thousands of these that look almost identical. 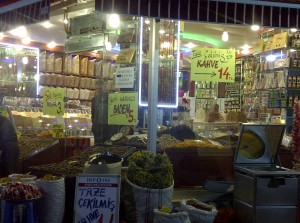 Herbs, spices and nuts. This type of store is common. 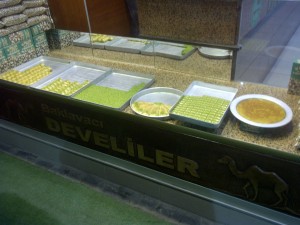 The Turks are very advanced in the field of junk food. 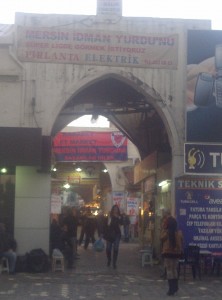 An entrance to the bazaar. 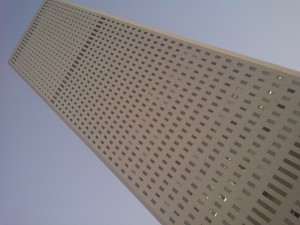 There are lots of buildings in Mersin. This is the tall one. 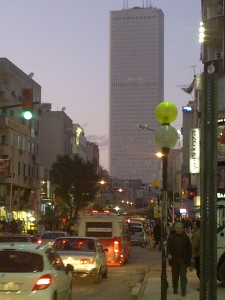 See? It's taller than all these other buildings. 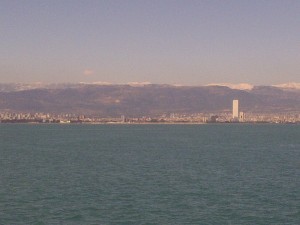 Some Turks doing a traditional folk dance. Not as part of some festival, but just because. 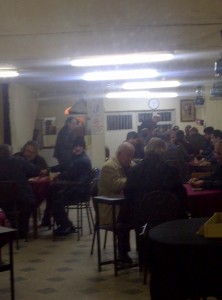 Speaking of Turk Kahvesi, here's one of the cafes where old guys sit around drinking it. 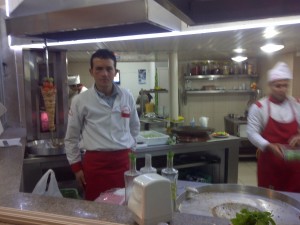 Here is a Turkish shawarma slinger who looks suspiciously like Ed Schrader.

Here's another little piece of Baltimore in Turkey... crab shells hanging on someone's back fence.

Another typical Turkish scene- drinking tea from a tray off the back of a taxi. 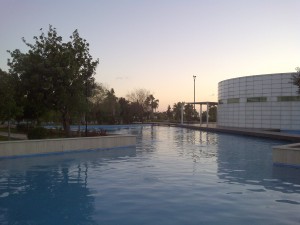 And finally, a parting shot from Ataturk Park at sunset.