We didn’t get to do a ton of sightseeing on this trip. We work 7 days a week when we’re away, and only get out and about occasionally, and for just a few hours at a time.

Before we came home though, we did get a full day to do nothing but touristy stuff in Jerusalem. We didn’t get to see as much as we would have liked, but we did get to see most of the Old City, which was the main thing we were interested in anyway.

Here are a few pictures we took from that day. Click twice for larger. 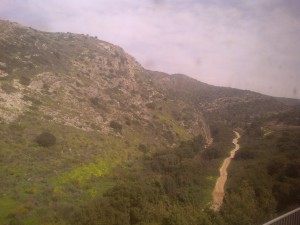 A mountain trail in the countryside, seen from the train window. 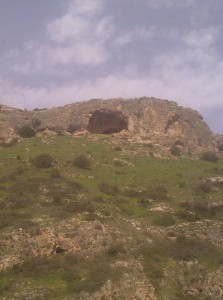 In the days when people lived in caves, this would have been a mansion.

Some little village or kibbutz or something.

Dome of the Rock. 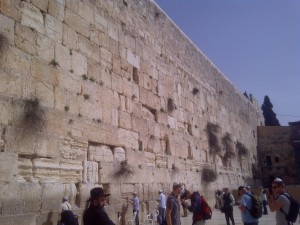 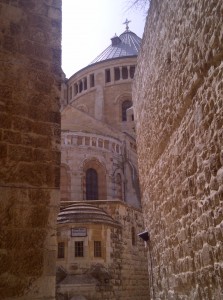 Some holy thing on Mount Zion. Forgot what, exactly. 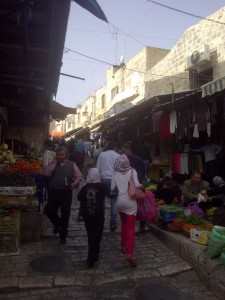 One of the bazaar streets of the Old City. 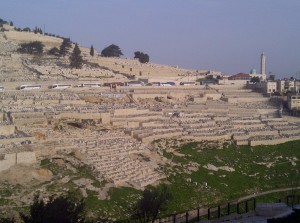 A view of the Mount of Olives.

One of the stops on the Way of the Cross. 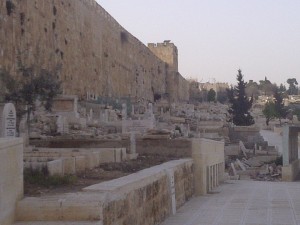 Jewish soldiers walking on the ramparts. 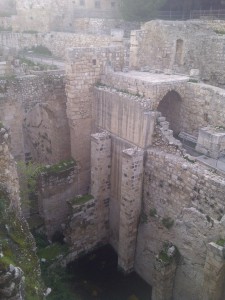 That other Bethesda. A good example of how the city has been built on top of itself for 3000+ years. 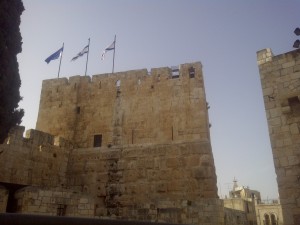 The Tower of David.