So we’re going to see Strike Anywhere at the Ottobar tonight. Sounds pretty normal, except that we’re not actually going to see Strike Anywhere. Oh we’ll stand there and watch them. We’ll probably even sing along a little. What we mean to say is that even though they’re at the top of the bill, somehow they’re not the draw. If they were playing with different openers, we’d probably sit this one out.

No mistake… Strike Anywhere is still among our favorites, and their place as one of the better punk rock bands of all time is quite secure. It’s just that, well, it’s not 1999 anymore. The last time we saw the band (with Bane in College Park, May ’09) provided a very stark contrast to the shows of 10 years ago. The energy and urgency were very much lacking, not just in their set but up and down the bill. It was one of those shows that reminds you that even the best bands can’t keep getting better, and there’s no shame in moving on. 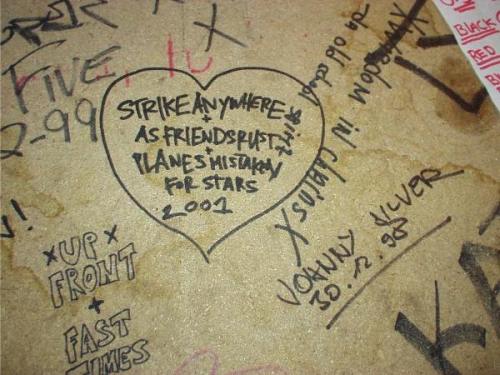 We’re pretty stoked to finally catch Younger Years as well. They’re not exactly a new band anymore, but somehow we’ve managed to miss all of their shows so far. We’ve been hearing good things though, and really how can you say bad things about a band that, when you hear them for the first time you say “Oh, this is a band that sounds like Kid Dynamite and None More Black.” It’s about time somebody picked up that ball and ran with it.