There are a couple of seldom-admitted paradoxes that we’ve been noticing more and more lately that we want to address today, and they have to do with bicycles and buses.

Most of the “bike people” we know and interact with are eager to evangelize bicycling as a lifestyle. They’re always quick to tout the health benefits, brag about not being stuck in traffic, and romanticize things like Ciclovia. Mention anything negative about cars and they’re quick to suggest that you buy a bike. Once you get them off their soapboxes though, and they start to speak frankly, they’ll let slip that drivers are rude and sometimes violent to cyclists, tires blow out far from home, riding through bad neighborhoods is scary, scrapes and bruises are far too common, you often arrive sweaty or rained-on, and bike planning leaves a lot to be desired. Who wouldn’t want to bike everywhere? 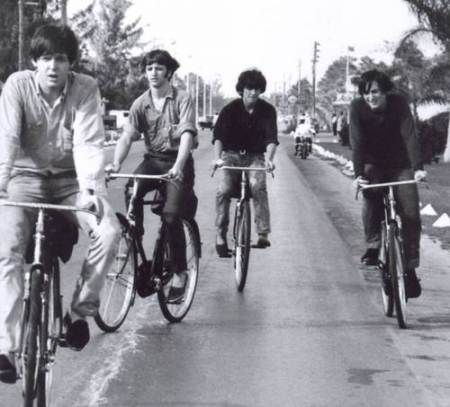 Baby you can drive my car... cause I'm done with it.

Similarly, public transit’s biggest advocates are also its biggest critics. Those who praise the virtues of leisurely reading on a bus commute or bypassing traffic on a train are also the first to scream bloody murder when a bus misses a stop or the MARC is delayed (which happens every single day).

With all this in mind, we’re starting to doubt our own sanity considering that this week we’ve decided to sell our perfectly good Chopmobile and buy a bicycle, but that is precisely what we’ve determined to do.

It’s not like we’re breaking new ground here. We’re certainly not the first person to live in Baltimore without a car. Hell, we’ve even spent two separate years carless before now, so we’ve got a pretty good idea of what it’s like to live without a car. The key difference now though is that where before our reasons for being carless were financial and circumstantial, this time we’re making an active lifestyle choice. We’re going to try being car-free as opposed to car-less.

The main challenge here is not dodging traffic coming down Saint Paul at rush hour… for us, it’s trying to ride a bicycle without becoming a “bike person.” We’ve spent the past weekend bike shopping, and some of these bike-shop people are even worse than car salesmen.

So we’re not going to become a bicycle commuter. There aren’t any critical mass events or Annapolis trail rides in our very near future. We might even buy another car in the next year or so. In the meantime though, we just want to get around a few miles’ radius of the inner city, and we want to do it on two wheels. Wish us luck.