Late Spring and Early Summer are officially Beer Season in Baltimore. Beer is great all the year round, of course, but warm weather brings with it the opportunity for backyard parties, grilling, porchin’ it, and other chances to drink outdoors for extended periods. And for that, you’ve got to put down the highballs and reach for a beer.

There are those among us who are always seeking out the latest and greatest in the world of beer. Even some of you reading this probably count yourselves among the ranks of ‘beer snobs’ ‘beer nerds’ or, if you prefer, ‘enthusiasts.’ There’s nothing wrong with trying to track down the hoppiest IPA, the most carefully crafted barleywine, or the cloudiest Belgian wheat. For the rest of us though, most of the time, we just want a beer. 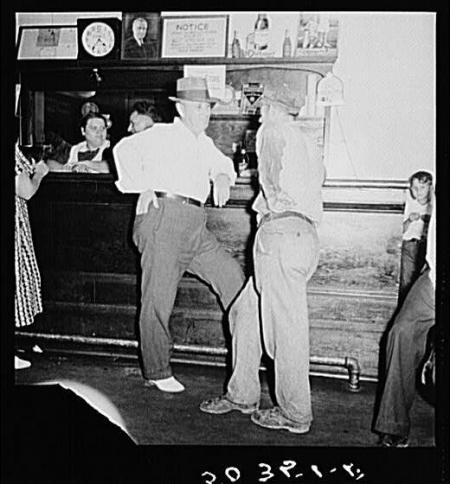 The beer's two bucks. The opinions are free.

So where does that leave us? We haven’t got the time or the patience to seek out the rarest imports and smallest microbrews and brag about it boorishly online, but neither will we settle for AB and MillerCoors products, which are all terrible. We just want something that we can get most places, drink several of, and, you know… not have to think about too much. It’s with these criteria in mind that we’re happy to present The Best Beers for Non-Beer Snobs.

Shiner Bock. According to Wikipedia: The Bavarians of Munich pronounced “Einbeck” as “ein Bock” (“a billy goat”), and thus the beer became known as “bock”. To this day, as a visual pun, a goat often appears on bock labels. The one produced at the Spoetzl Brewery in Shiner, Texas wears its goat proudly, and it’s one of the most balanced beers out there. It’s a great choice as a takealong to a party or a drink-it-while-watching-a-game beer.

Sam Adams Boston Lager. A lot of beer snobs turn up their noses at the offerings from Sam Adams. That’s why they’re called snobs, we guess. Sam Adams is the Radiohead of the beer world. The people who loved it originally now pretend they never did. You just assume it’s a big major thing, but it’s still relatively small. It still doesn’t quite suit the tastes of the mainstream, exactly. We love Sam Adams. Radiohead on the other hand…

Löwenbräu. Löwenbräu may technically Be owned by A-B InBev, but it’s still producing the same beer it ever has. With a history dating back to 1383, it makes brands like Bass and Guinness look like up-and-comers by comparison. It even predates the famous Reinheitsgebot, the 1583 German law that dictated purity in beer. If it’s good enough for Oktoberfest, it’s good enough for the Chop.

Sierra Nevada Is Sierra the best bad beer or the worst good beer? This is a typical beer snob question, as it’s usually what they’ll reach for when they’re ‘slumming it.’ For us though, it’s just a good call. Most bars have it on draft and most stores have it in the cooler. It’s strong but not too strong, and tastes good enough for us.

Heavy Seas Gold Ale. We secretly yearn for a time when Baltimore will be known not as Boh country, but as Heavy Seas country. We realize that’s a pretty big hill to climb, but this might be just the beer, and just the brewery to do it. Just about everything heavy seas puts out is de-goddamn-licious, but Gold Ale has been our favorite since the early Clipper City days. We’d drink it even if it wasn’t super local, but we’re sure happy it is.