The Summer has officially begun in Baltimore. Memorial Day weekend marked its official start, and the holiday brought the stifling Summer heat right along with it. It breaks our Choppy little heart to think that for the next 3 months, most people in our fair city are going to forgo fashion altogether in favor of whatever they’ve got in their drawers with the fewest actual threads in it. We’re in for a long Summer of sleeveless tees, jorts and the rest of it.

Some of us haven’t given up though. We’ve said before that we do not favor shortpants on grown men, and that sandals are only to be worn in close proximity to water. However, if you followed our advice and bought a stylish pair of flip flops, you may be wondering exactly how the fuck you’re expected to wear them if not with shorts. For the answer, we look once again to Steve McQueen: 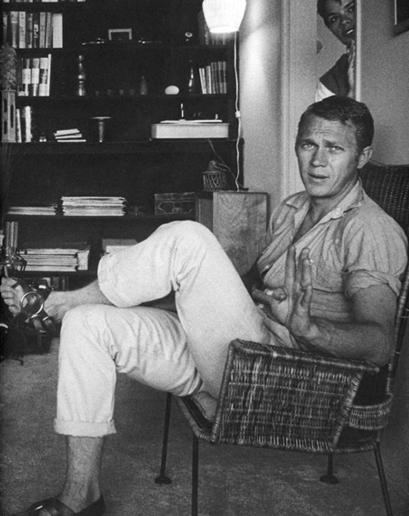 Sure, it's too hot to put much effort into your wardrobe. Good thing this look is effortless.

We’ve also said before that we’re no great fan of the Sartorialist, and one of his recent photos illustrates how not to wear highwaters: 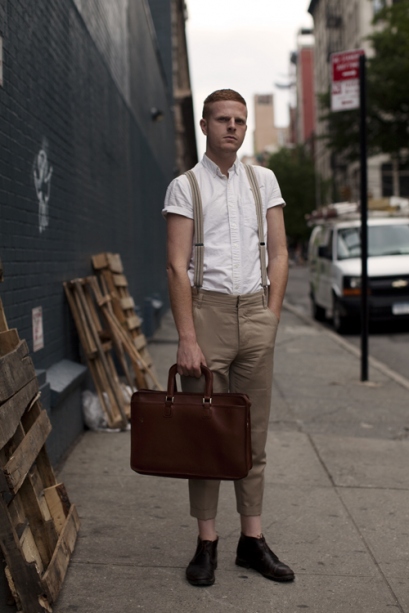 Like most everything on the Sartorialist, this is just way too fucking precious.

Scott Schuman publishes this kind of crap all the time. We only had to go back a couple of days to find this one. Our man here is exactly what Huckleberry Finn would look like if he moved to New York City and became a high-class rent boy.

A comparison of these two photos illustrates not only the best way to wear cuffed pants, but also how to distinguish a timeless and effortless style from an incredibly expensive costume.