Sometimes you just want a six pack of Heineken. That’s a problem easily solved. Other times, all you need is a bottle of Beam. You can find that just about anywhere. Occasionally though, you need to go above and beyond. If you’re planning for a large party, stocking your bar from scratch, or starting your wine collection you’ll need a liquor store that goes above and beyond.

The shops mentioned here aren’t so much liquor stores as they are liquor wonderlands. They’re like candy stores for grownups. They’re the places you keep coming back to, because they’ve got more different bottles in there than you could ever possibly drink, try though you might. They are, simply put, the best. 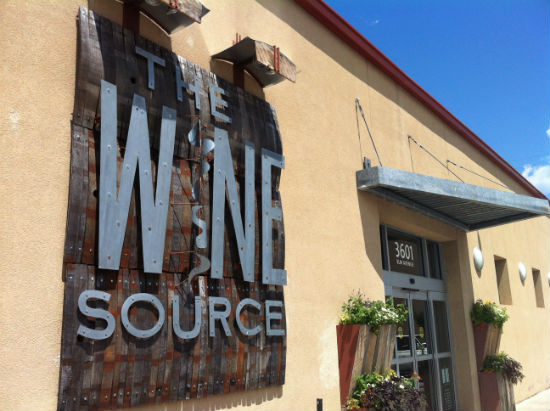 Beltway Fine Wine. You’ve probably driven by Beltway at a pretty high speed and not thought much of it. It’s easy to miss, being jammed underneath an Ethan Allen furniture store. What you don’t realize from the road though is that it’s got the same square footage as the giant furniture store above it. It’s huge. There may be some strange obscure liquor somewhere in the world that Beltway doesn’t have, but we kind of doubt it. 8727 Loch Raven Blvd, Towson.

The Wine Source. As liquor stores go, the Wine Source is the Chop’s home base. Simply the best inside Baltimore City, as the rest of the stores on this list are all out in the suburbs. If the Wine Source had a walk-in beer cooler and a better parking situation, it would achieve liquor store perfection. 3601 Elm Avenue, Baltimore.

Dawson’s Liquors. We’ve never actually been to Dawson’s, because it’s in Severna Park and we only pass through that way about once every 10 years or so, but we were tipped off to it by our man over at I Hate JJ Redick who’s always on point, so we’re going to take his word for it. We hate to judge a store by its website, but theirs is pretty damn good, and crappy stores don’t usually invest in outstanding websites. 589 B & A Blvd, Severna Park.

Midway Liquors. If you’re traveling that far out Route 40 East, you must make a point of stopping in at Midway. Even if you have to pull a u-turn to do it. We’ve only been in there once, but we walked out with three good bottles of Scotch for $100. Those bottles would have cost $150 most other places, and that’s the beauty of Midway. You could say the same about anything in the store. 12320 Pulaski Highway, Joppa.

Honeygo Wine and Spirits. with their ‘Wall of Beer’ Honeygo is known as a go to spot for fans of microbrews and imports, and is even favored by one of Baltimore’s foremost beer experts. Of course, as any great liquor store does, they excel in their selection of wine and spirits as well. 5004 Honeygo Center Dr, Perry Hall.

Shawan Liquors. Shawan Liquors is in Hunt Valley. Like everything else in Hunt Valley, it’s pretty much by rich people, for rich people. So if you’ve got a taste for a well aged Islay or a Châteauneuf-du-Pape, Shawan is the place for you. If you want a 30 pack of High Life, well, they might have that gathering dust in the basement too. 11337 York Road, Hunt Valley.

Ronnie’s Fine wine and Spirits. Last but not least is the pride of Harford County, Ronnie’s in Bel Air. They’ve got a wonderful walk in beer cooler, as well as a ton of microbrews, a good selection of kegs, and a 3-for-$12 wine bin. They’re also known for their occasional blowout sales which draw large crowds looking to stock up. Putting every bottle in the store on sale once in a while is a policy we’d like to see more stores adopt! 1514 Rock Spring Road, Forest Hill.