The Orioles are about to wrap up a three game homestand tonight against division rivals the Boston Red Sox. These games have come right on the heels of a rain-shortened weekend series against the Yankees, and at this point in the eyes of most Baltimoreans, the scoreboard is almost irrelevant; we’re just happy to have all of these assholes clearing out of our city.

We’ve long been fatigued these many losing seasons by fans from Boston and New York trotting out the worst of their stereotypes in downtown Baltimore. The New Yorkers really are all arrogant douchebags with pepperoni breath and an undeserved superiority complex, fit for the Jersey Shore. The Bostonians are actually, to a man, a bunch of dumb, racist, fake-Irish loudmouth drunks. (It’s not their fault though, they were all molested by priests as children.)

But stop and think for a moment… it could be worse! With BWI being a hub for Southwest Airlines, fans from all over the country can fly here cheaply. Now that that dumbfuck of a commissioner is talking about expanding the playoffs, we could be only a few short years away from a league-wide schedule shakeup. In the modern game, geography matters little, and profit margins matter much. Imagine if we had some new divisional rivals with whom to contend…

The Detroit Tigers. In the future, the Tigers will continue to exist, but only as the gypsies of baseball. The city of Detroit can’t support them much longer, and it’s only a matter of time before the MLB schedules them for 162 road games and 0 home games. It’s just as well, since the millions of people who used to live in Eastern Michigan are now scattered across the nation. They used to all camp in the Silverdome, until it was sold for about the same price as an inner harbor waterfront condo. Of course, none of them have jobs, so if we were divisioned with the Tigers, downtown Baltimore would become a functioning hobo camp every time they came to town. Parking wouldn’t be a problem, since they’d all arrive on boxcars, but going to and from the game would find each intersection crowded with innumerable Orange and Navy “squeegee men” and unkempt former Detroiters with signs that read “Will build Buicks for food.” 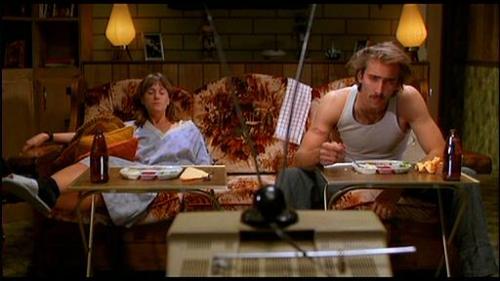 Hide ya kids, Hide ya wife. Diamondbacks fans are coming to town.

The Arizona Diamondbacks. Fans from other states on the east coast may be annoying, but at the end of the day they’re all sensible Democrats. There’s some common ground there. Arizonans on the other hand, are craaa-zzzy. They’re the worst kind of crazy, the armed and dangerous right wing kind. You wouldn’t be able to get past Fell’s Point without some racist vigilante stopping you on Eastern Avenue and saying “Papers Please.” Jowly old men will raise their arms no more than halfway up when home run balls “clear the danged fence.” And of course, there’s always the possibility of some lunatic being denied an autograph and going on a shooting spree at City Hall Plaza mumbling about how the Orioles are a ‘genocide ballclub.’ 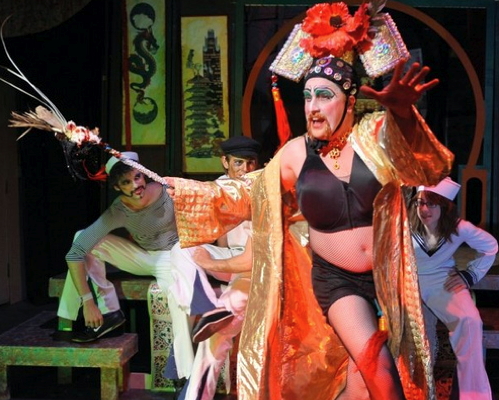 The Giants have the most fashionable fans in baseball. This is all official MLB merchandise. (photo via: David Allen- www.davidallenstudio.com).

The San Francisco Giants. An unbalanced home schedule against the Giants would be a decidedly mixed blessing. On the downside, all Baltimore could potentially turn into a classic South Park episode with a citywide smug alert. The JFX would be bumper to bumper with Priuses, and AT&T’s data network would suffer serious disruptions with that many fans staring at Brian Wilson’s dumb beard on their iPhones and iPads simultaneously instead of actually watching the game. What’s more, those hippies would do more digging through our trash than the Tiger fans, except that they’d be looking for compostables and recyclables instead of, you know, dinner.

On the bright side, all those gays would make Baltimore much more fabulous. Pink Giants caps are an entirely different fashion statement than pink Sox caps. Instead of Jeter and A-Rod gear, the vendors on Pratt Street would start hawking hats from Alexander McQueen and jerseys by Tom Ford. Lady Gaga would sing the national anthem before the game, and in the top of the third inning there would be a mad dash up Eutaw Street for the curtain call at the Hippodrome. Plus, Luke Scott would probably hate it. That’s always a plus in our book.