After their one-off show at Hopkins a few weeks ago, The Stoop is back in its regular home at Centerstage tonight to present Culture Shock: Stories about confronting the new, strange, and often scary. 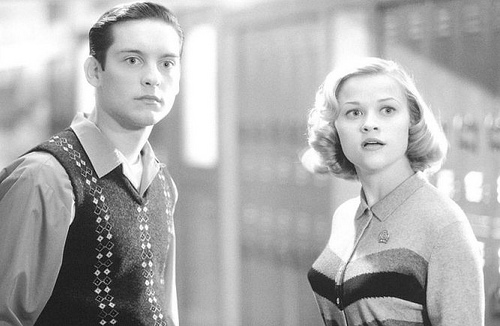 Here's a scene from Pleasantville, a movie all about confronting scary new culture shock.

We’ve written about the Stoop enough times now that we’re having trouble coming up with new angles. We thought we might just blog a story of our own about ‘confronting the new, strange, and often scary,’ but all the ones that came immediately to mind were ones we don’t really feel like putting up online. Some way to run a personal blog, yes.

So instead, for further reading go over to B-More Cultured, where Katie recently posted an interview with Stoop producer Jessica Henken.

Centerstage is at 700 N. Calvert St. in Mount Vernon. Tickets for tonight’s show are sold out.