So, basically, every place that has ever had music is having music tonight. There’s no shortage of choices, and there’s too much to talk about in detail, so we’ll just give you our picks and let you decide what kind of show you want to go see. Still not sure where we’ll end up tonight, but probably at one of these places. 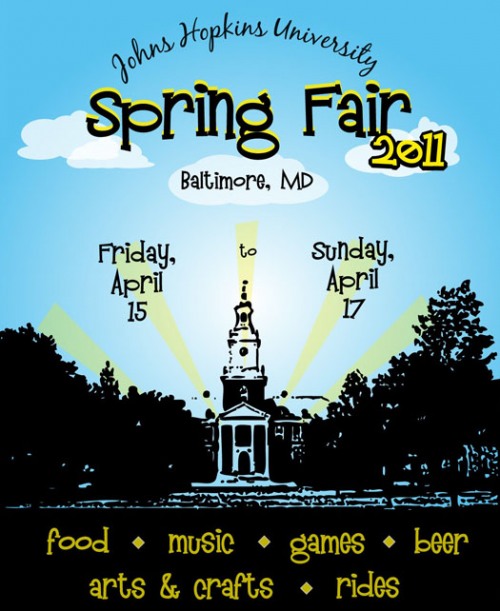 Future Islands headlines Spring Fair tonight, one of may musical options in town.

The Philly Invades Baltimore Fest is kicking off at 3 pm today over at the Charm City Art Space. We went to this last year and had a great time watching bands like Algernon Cadwallader and 1994! who are both returning this year along with a ton of other acts.

The JHU Spring Fair is happening all weekend, but tonight’s music bill is the one to catch, featuring Future Islands and Lands and Peoples, among dozens more. Spring fair is also your best bet for dinner, with offerings like funnel cake and fried Oreos.

Just a few blocks south of the JHU Campus the 2640 Space is hosting the homecoming show for music media darlings Wye Oak with Callers and a favorite of ours, Secret Mountains. Unfortunately, this is a Dry show with no BYOB.

If you’re looking for something smaller scale, Dionysus is hosting a rare live show with former Iron Cross frontman and local author Sab Grey along with surf-garage dudes Sal Bando.

And if you want to go even more old school and off the radar than that, you can check out the rockabilly stylings of local pie-man extraordinaire Rodney Henry with local roustabouts Danny Kay and the Nightlifers at Fell’s Point’s 1919.