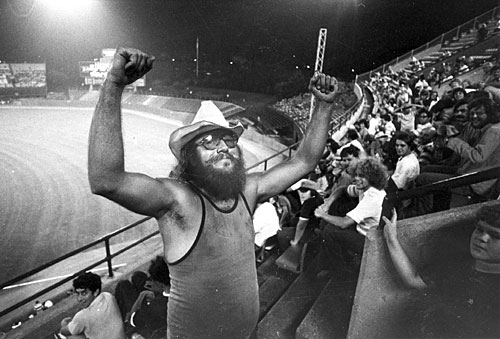 We hate to naysay.

Oh wait… no we don’t. We do it all the time. Like right now when we say that the Orioles will not break 70 wins again this year. We’re not one of these fancy schmancy analytical sabermetric blogs, so we’ll just give it to you in a nutshell. Aside from having Buck Showalter and a new coaching staff for a whole season (Thank Christ no more Terry Crowley), we don’t think the team is much better off than they were last year.

We like JJ Hardy. We’d like to see him stick around for several years. We think he might be the first decent acquisition since Adam Jones. We can’t say that about anyone else. Mark Reynolds? He’s not much more than a second Luke Scott. Vlad? Vlad is a better signing than Sammy Sosa was, but that’s not saying much. Kevin Gregg? We shall see. Derek Lee? Sure, anyone’s an upgrade over Garrett Atkins, but we fail to see how he’s any better than, say, Kevin Millar. He’s not better than Aubrey Huff, who is now the proud owner of a World Series ring.

We went to opening day last year. We forgot how un-fun baseball can be when there are 40,000 fairweather fans making huge lines in the men’s room and standing between us and the beer concessions. As we write this, the current forecast is for a high of 54° and cloudy with a slight chance of rain. You can have it. We’re going to head down to the neighborhood bar, have a few pints and lunch on the bar. We’ll make it out to the Yard when it warms up a bit.