Spring is nearly upon us here in Baltimore, and on the heels of the first sunny days will be another Spring wedding season. For the women and the coupled men out there this can mean the welling up of all sorts of conflicting emotions, leading to long discussions and life choices. For a consummate bachelor such as the Chop is, it means nothing more than that we’re officially on the cusp of bachelor party season.

For the groom and his friends, a bachelor party means making memories of male bonding, drinking, debauchery and debasement. If you’re selected as the best man though, it means a whole lot of work. 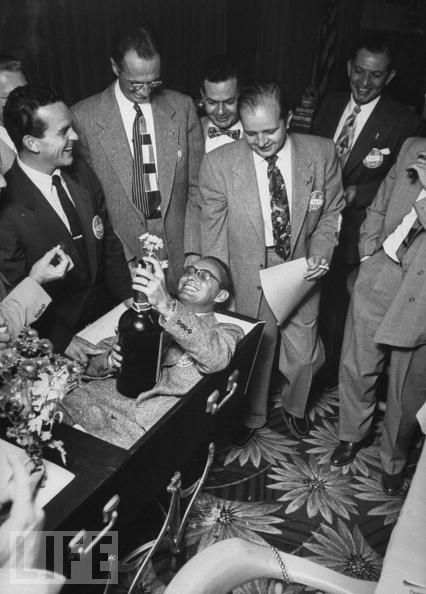 It couldn't have happened to a nicer guy.

A well planned and successful bachelor party might just be the greatest gift that one man can give another. As with any great gift though, it’s the thought, effort, and considerations that go into it which make the thing so great. Anyone can throw a keg on the back porch and order a bunch of pizzas, but you’re the best man. The party you throw needs to be the best it can be. Follow these rules to insure that it is.

The best man is in charge.
From the moment you’re named best man, it’s understood that it’s on you to produce a bachelor party. You may ask the groom for one or two suggestions, mainly to get an idea of the scale of the party. You don’t want to plan a simple night out in Fell’s if the groom is expecting a weekend blowout in Atlantic City. Once you agree on the scale though, no more input from the groom is really necessary. You may even want to keep him on a need-to-know basis. He’s riding shotgun in this adventure, and a few surprise turns thrown in will make the trip that much more fun.

Plan your logistics.
If the party does involve travel, a weekend in Atlantic City, a trip to see the Ravens on the road, or anything of that sort, or if certain friends live great distances apart or travel is required for the wedding itself, its obviously that much more difficult to swell the guest list for the bachelor party, and four guests might be plenty. If, on the other hand, someone in the company has a large suburban house with a club basement and an in-ground pool, go ahead and invite as many people as possible. Whatever you do, plan early, and keep everyone apprised on any changes that may arise. You should also make all guests aware of what the dress code will be. We recommend nothing less than collars and jackets. Ties are preferable. 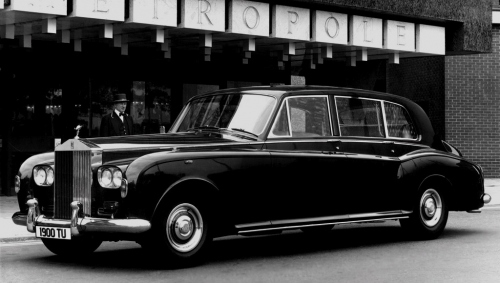 Arrange transportation.
This will be specific to your locale and plans, but make sure your plan doesn’t involve drunk driving and leaving cars parked in tow away zones willy-nilly. Whether you get a limo, rely on cabs, designate a driver or whatever, just make sure you’ve got something lined up for the evening.

All day, all night, or both?
One of the best ways to go is to throw a progressive bachelor party. Start small in the afternoon with just the groomsmen enjoying some daytime activity; a round of golf, playing the horses at Pimlico or something of that nature. Have a few more friends meet the party in the evening for dinner, and then come one come all for the rest of the night.

Plan your budget.
Whatever you’re planning, you should have an idea of how the expenses will break down for everyone. Try to strike a fair balance between baller and budget. Everyone should know beforehand how much cash they should be expected to show up with, and there’s no way around it; a good, memorable bachelor party ain’t cheap. This is one advantage of a progressive party, if someone’s not exactly flush, he can beg off dinner and join the party later to save a few dollars.

Eat dinner.
The Chop heartily endorses a sit-down dinner in the nicest restaurant you can afford as part of any bachelor party. It’s a great chance to enjoy a bit of luxury, carbo-load before a night of heavy drinking, and exchange toasts. Depending on the number of diners at your table, you may want to ask everyone to lay out a certain amount before you even sit down. Make the amount high, like, so high no one man could possibly order that much. Then let everyone order what they will. There should be plenty extra, which can be used toward the tip and the groom’s meal, because The groom isn’t paying for anything tonight. If there’s still cash leftover it can be put toward a bottle of champagne for the table, the night’s cab rides, etc.

Something else to take into consideration if you’re going to have a dozen or more for dinner is the possibility of renting a private banquet room, arranging a prix fixe menu, or securing a couple hours of open bar. This can be easier for everyone involved, and you may save a few bucks in the long run.

Strippers.
Strippers are still mandatory for a proper bachelor party, but they should not be the focus of the entire evening. A quick visit to one strip club will suffice. The longer a large group of guys stays in a club, the greater the potential for all sorts of trouble to occur. At a minimum, you’ll see all the money fall out of your pockets and may be pressed for bottle service by some shady club-manager type. And of course, someone’s going to make a bad decision sooner or later. Stay only long enough to get an eyeful of the girls and get the groom a lap dance, then move it somewhere else.

(By the by, we recommend the Red Room on the Block. Just make sure you pack your picnic basket.)

Party ’til you drop.
Most of the party will make it home eventually, but whichever groomsman has the biggest, most comfortable house should designate it as the crash pad for the night. The crash pad should be stocked ahead of time with enough liquor to wind the party up, some gourmet drunken snack foods, and brunch supplies for the morning after.

One final note…
As technology changes, the rules change too. We recommend that as best man you be the only one at the party with a working cell phone. Anyone needing to contact the party should contact the best man. The groom should have his phone taken away for safe keeping as soon as the party begins, and all other guests should be asked to keep their phones off for the evening. Everyone should be fully involved in the night, and calls and texts, Foursquare check-ins, Facebook statuses, and tweets are just distractions, as well as an easy way for fiancées and their friends to get too nosy in real time. We’d like to see the no phones rule become the new standard and tradition.

And of course the old standards and traditions still apply: whatever does or does not happen at a bachelor party is never to be discussed in mixed company. Ever.