Getting a table at your favorite restaurant is seldom a pressing problem in the Baltimore restaurant scene. The only place that ever seems to have much of a wait is the interminable, befuddling Cheesecake Factory at Harborplace. They might as well call that place the Waiting Factory. We never understood it. Apparently suburban fatties really like their cheese in cake form, and are willing to queue up for it. 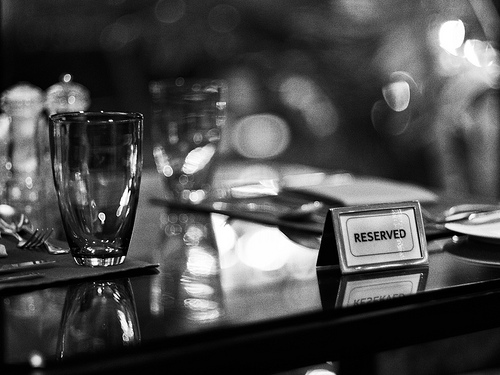 Anyway, while waits aren’t generally a problem, there are certain nights when restaurants do crowd up. Baltimore Restaurant Week is now in full swing, and one of the busiest dining nights of the year, Valentine’s Day, is right around the corner. On big dining evenings like that, most people just pick out their favorite place, zero in on the hot new buzzed-about spot, or pick the nicest restaurant they can afford, try to get a reservation, and then hope the kitchen and waitstaff don’t get horribly backed-up in the weeds. We’ve got a better idea.

If you want a table for two for Valentine’s Day, you should have reserved not one, not two, but six tables last week. (Or you can still try to do it right now.)

Hear us out on this. Reservations are free to make. It doesn’t cost you anything at all. They’re also very easy to make if you are acting well in advance. We’d never suggest that you make a reservation in bad faith and hold up the table, we’re just saying that the restaurant business is business, and your dealings with the restaurant are, in a sense, business dealings.

You’re in competition for a place at the table, literally, with other customers, and making three, four or half a dozen reservations early will place you at a competitive advantage against them. As the date draws closer and the prix fixe menus are released, the New Year’s entertainment is announced, or your after-dinner plans are finalized you can better make your decision, a business decision, on where to dine. 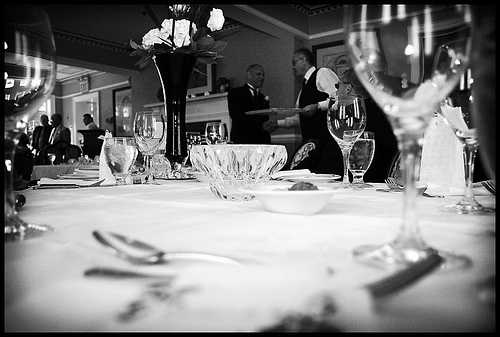 After you’ve decided where to dine, you can easily cancel those reservations you’re not going to use. Remember, it’s just business. The hostess or floor manager is not your boss. Neither are they your parents, college professor or landlord. You don’t need a good reason to cancel a reservation. You don’t even need a poor excuse. You’re the boss. When it comes down to it, the restaurant and the other diners may even be relieved and happy to see a table open up at the last minute and get some breathing room.

As an added benefit, you may be able to help out someone you know by virtue of your advance planning. Maybe a friend of yours screwed around and forgot to make that Valentine’s reservation until too late. Maybe one of your in-laws was going to be out of town, and now will be staying around, but stuck eating at Sip and Bite. You can always tip them off to one of your extra reserved tables, with the restaurant being none the wiser. If you do this often enough, you’re going to be using made up names anyway. Just be sure to give each reservation the same name, as to avoid confusion, and change that name the next time you go out to eat.